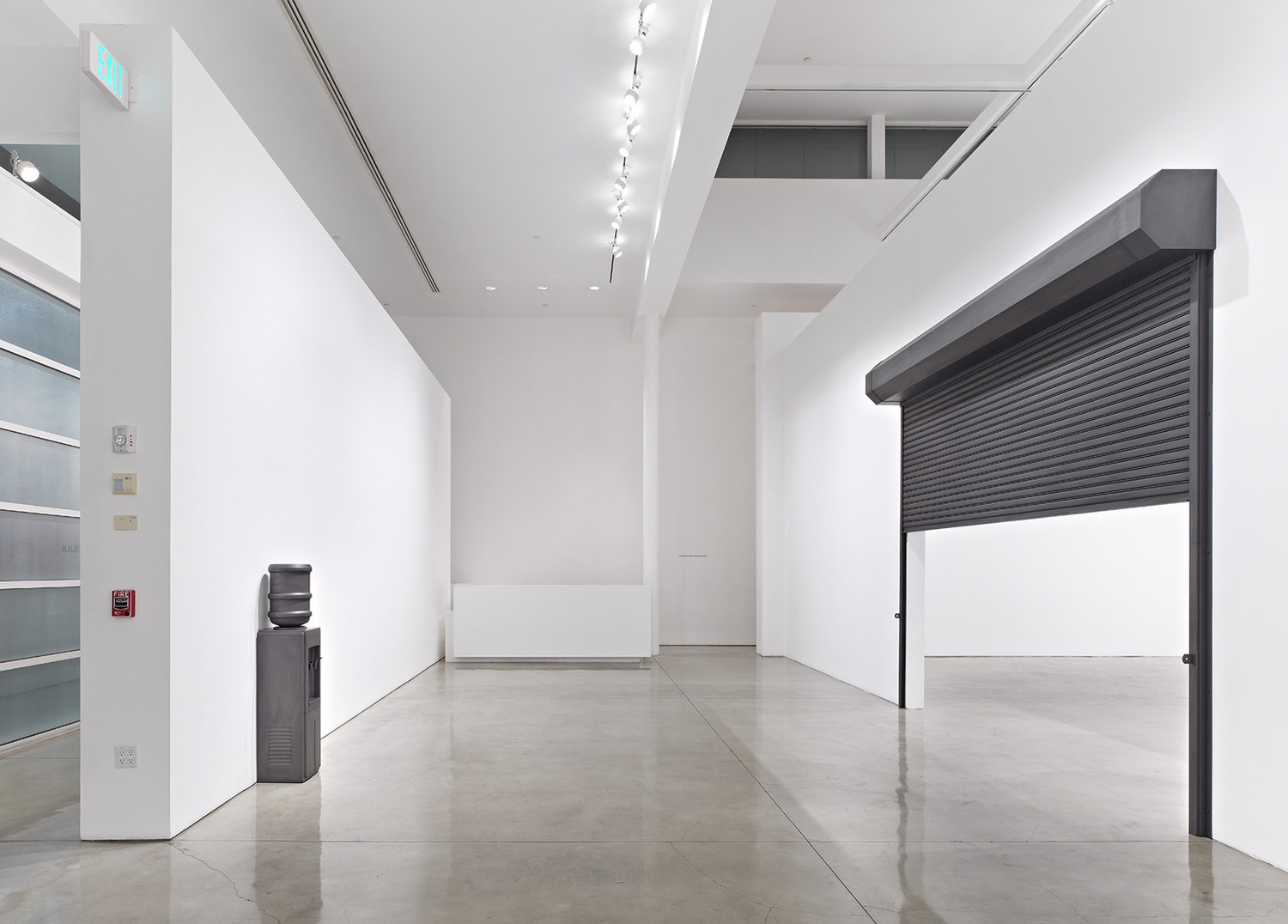 The numerical and graphic symmetry of the title gives an epochal feel to this major exhibition by McEwen, which makes explicit the interrelationships between individual works and persistent themes in his oeuvre via a specifically devised scenography.

Wall-size grids of black-and-white photographic wallpaper—from the firestorming of Dresden, to McEwen dressed up as Bomber Harris (the British air commander who perfected the technique of carpet-bombing German cities during WWII), and gum-spattered New York sidewalks—line several galleries, drawing an analogy between planned destruction and urban desecration. They provide backdrops for droll “gum” paintings and impassive, machined graphite “paintings” that recall Minimalist compositions but which are, in fact, modeled on the figured, non-slip metal doors inset into New York sidewalks.

In 1994, McEwen made a drawing of a block, labeling it BLOCK OF GRAPHITE. But it was not until 2007 that, fascinated by the possibilities of this common but often unrecognized material, he began producing via industrial machining finely carved graphite sculptures that mimic real objects. In this exhibition, precise representations of everyday items—a water cooler, a roll gate, a safe—animate the galleries with their eerie reticence, a series of simulacra perfectly and perversely rendered in what is, in reality, dark, light-absorbing, compressed carbon. (The dust from the graphite industry is sold on to pencil companies.)

In a reverse Midas-effect, McEwen has answered to the shimmering claims of Minimalist art by creating contemporary work that is freighted with the leaden melancholy of modern history. As a meditation on the many lives and deaths of art, he has created a space that conflates a beleaguered present with the afterlife of a potent and contentious moment in art history, in much the same way as his obituaries narrate the future-perfect of the rich, the famous, the beautiful, and the notorious. McEwen’s dead zone of dark relics and faded memories confronts us, literally and metaphysically, with the filthy lucre of our past and present.