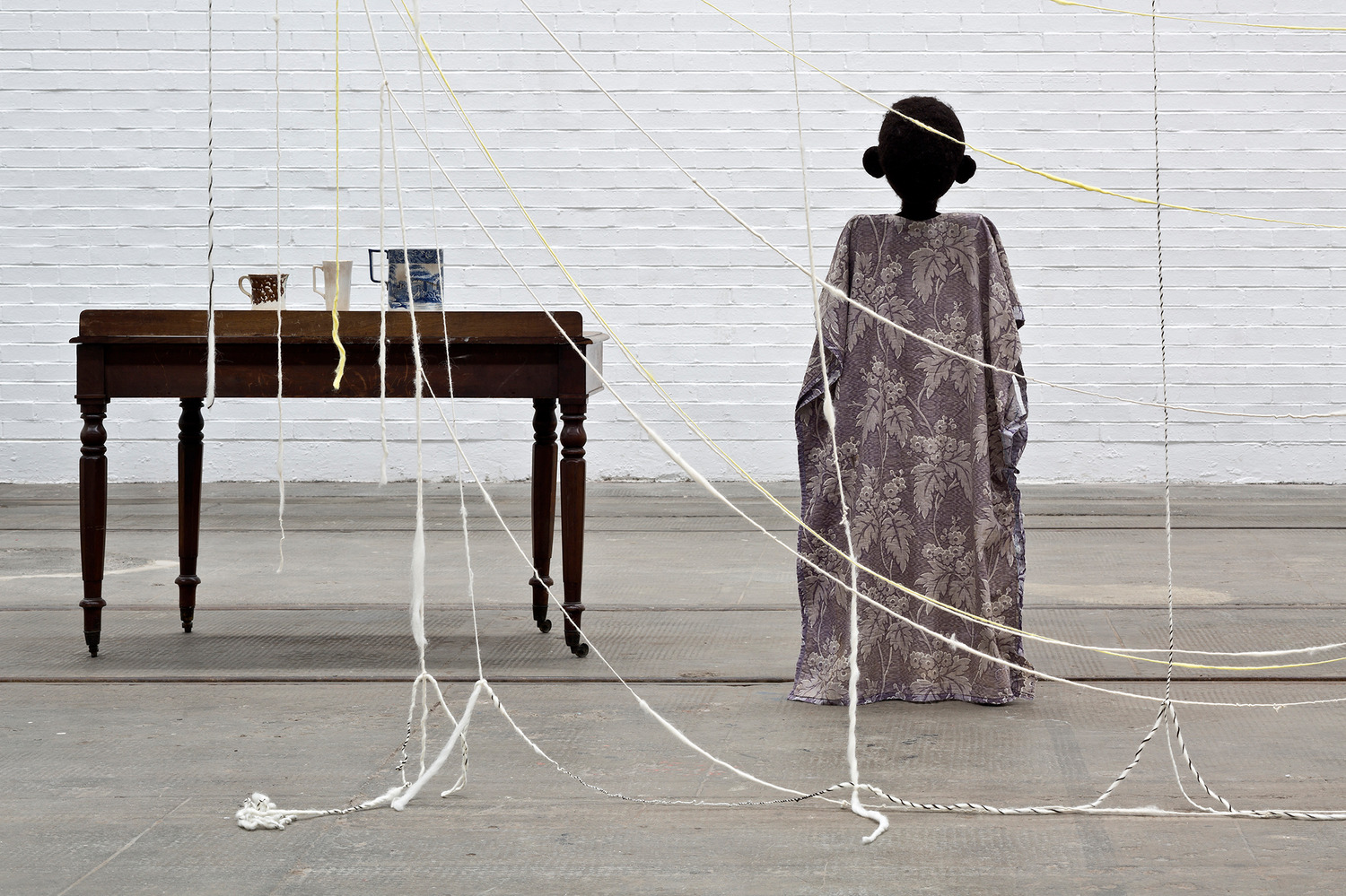 Cathy Wilkes (1966) makes installations, sculpture and paintings. She is best known for her imaginary environments which recall inchoate visions of interiors, the sickroom, the deathbed, places of loss and catastrophe. Wilkes experiments with all kinds of media and materials, and collects treasures and ingredients which together have made a body of work spanning 25 years.

Production – or what we see in the end – is the accumulation of all of these constituent parts, equally important though, are the contemplative, sensorial experiences for which it stands.

To make art is to conceive of something outside body and mind, to release and expand ourselves beyond what defines one human being as separate from others. This opening out is a thrilling and terrifying endeavour full of mystery which Wilkes has described as a transforming force of nature comparable to a rehearsal for death. Wilkes’ work so fiercely introspective, challenges us to consider not only the impossibility of a clear meaning; why something is as it is or why it is there at all, but also the mysterious place where art moves inside us.

Wilkes’ installations seem to achieve an equilibrium of objects and a mystical relationship to them. There is a calling forth from nowhere of body memory which has no definite meaning and at the same time clear references to shared visual experience. Perhaps it is possible to re-live the past and there find reconciliation with it.

“I am for the dead being companions to the living. Not for separation.
I see them standing there. They’re so forceful, they don’t leave, they never leave.
There’s no end to them, how can they ever be repaid
They have a shop but it has hardly anything in it.”
(Cathy Wilkes, 2011)

Wilkes’ work Untitled (Possil, at last) (2013) was included in “The Encyclopedic Palace” at the 55th Venice Biennale.
Four child-like figures stand around a male figure crouched over a bottle. There are two infants, one is a bride; another figure might be a shepherd. As if in a garden, a taller girl stands before an expanded field of broken pieces unearthed from the ground where Possil Pottery once stood.

Wilkes exhibition for Generation continues these themes, engaging with the fabric and raw materials of Tramway’s gallery space.