Dirk Bell ‘MADE IN GERMANY’ 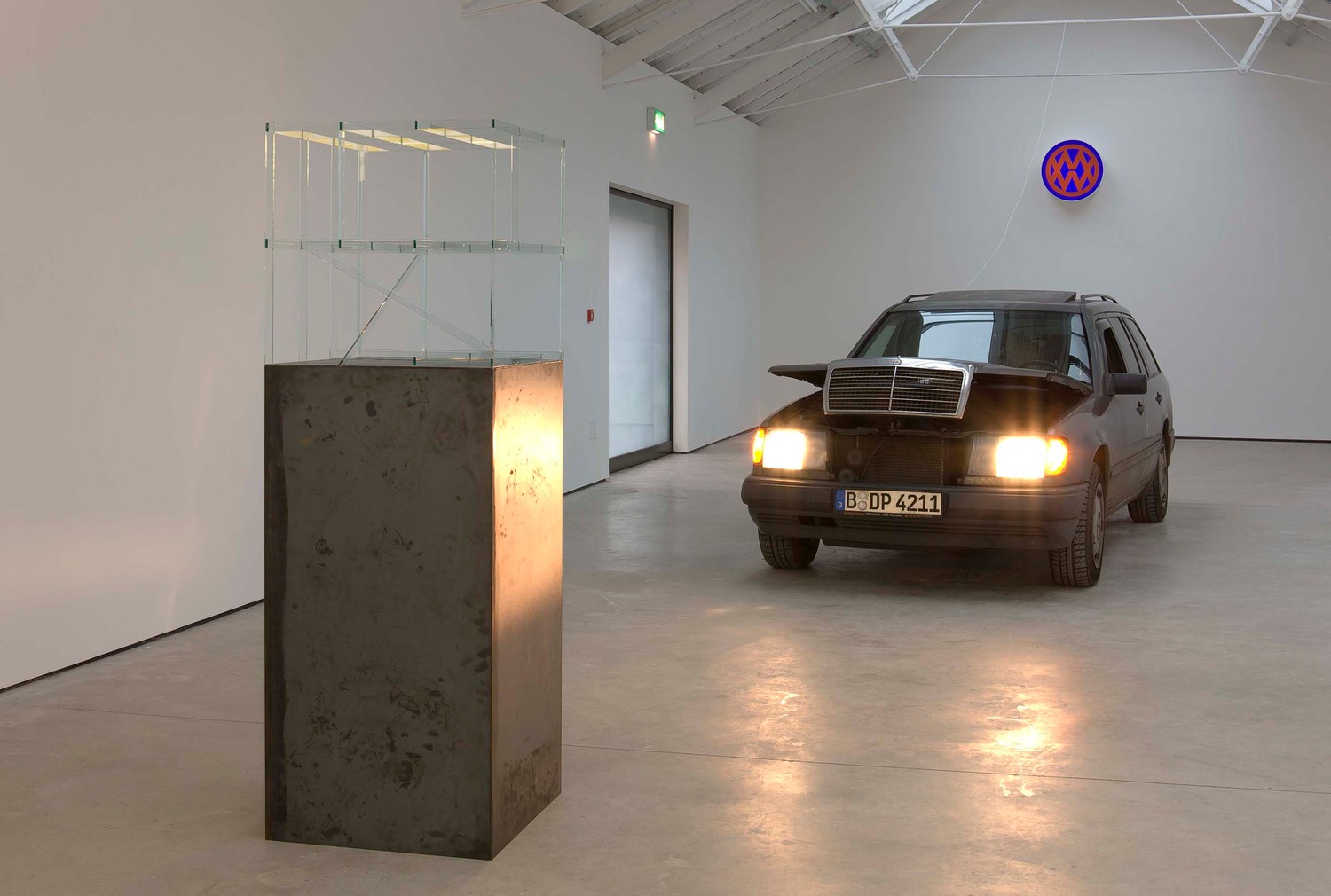 The Modern Institute is pleased to present Dirk Bell’s project, Made In Germany. The gallery will be the final in a series of three venues which have played host to a connected series of works, all from 2010 and a travelling component: a 1987 Mercedes 230. The central element of the tour, the car has been driven by Dirk to Glasgow via the BALTIC Centre for Contemporary Art in Gateshead and Sadie Coles HQ in London.

The car is the literal symbol for the artist’s journey through the UK and is evocative of many 20th century references to road movie culture. Installed inside the vehicle, like a TomTom device, is a specially devised video game, NyouWone, based on the cult animated film Balance (Wolfgang and Christoph Lauenstein, 1989) in which five individuals totter about on a shifting plateau. The game forms an allegory of the dynamic between love and freedom. Its logo, an ambigram variant of the VW symbol, expresses the ideal of ‘New Men’ – a romantically idealised state of manhood suggestive of Nietzche’s ‘Superman’, and a convergence of man and woman. Bell describes the convergence of influences and references at play within the car as summing up the past year of his life and the nomadic nature of the Made in Germany tour.

The word ‘Panikearth’ is emblazoned on the outside of the car – a strange hybrid of iconic mass visual culture, reflecting the branding for the superstore IKEA This logo exists both as that and as a light box, a kind of advertising device on the gallery wall. The ambigram car logo – New Men, also exists as a light box.

2FREE (2010) is a steel framework on a glass pedestal resembling prototypal constructivist models, the work relates to the writings of the psychologist Eric Fromm, whose works The Art of Loving and The Fear of Freedom analyse these two forces as imaginative and societal phenomena.