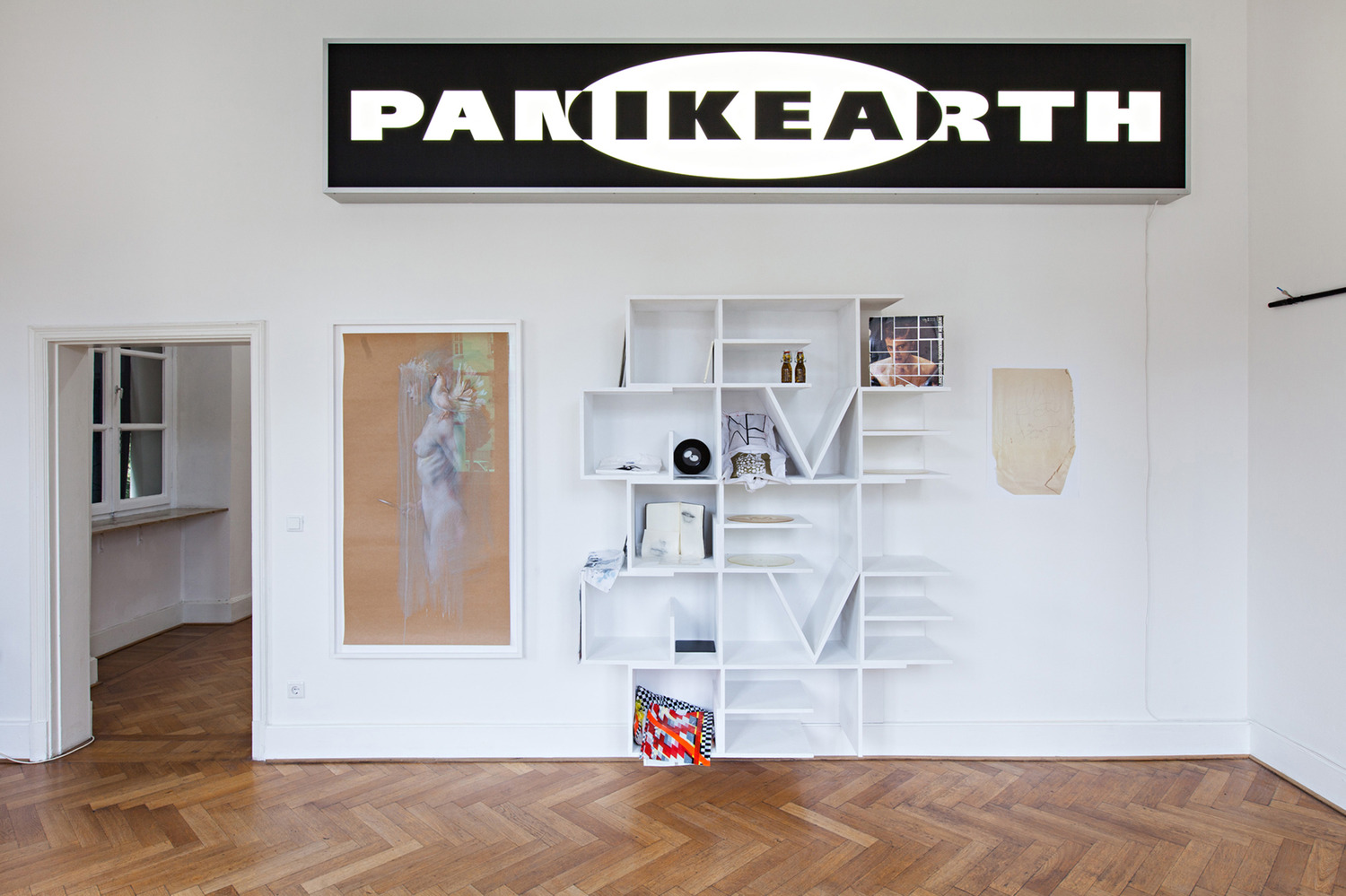 Bell’s inspiration and references can be found, for example, in philosophical literature, fantasy, and sci-ence fiction illustrations from the 1980s and 1990s or directly in the imagery of found oil paintings that he superimposes with new picture fragments. Diverse moments and realities become blurred in a new in-termediate image. The great themes of mankind are at the centre of his work: The relationship between love and freedom, life, death and recurrence – constantly accompanied by the tangible yearning to bring the human aspiration for attachment and autonomy into balance. The pictorial worlds carried by iconographic subjects, and along with them also the memory of traditional values, home, and innocence blend together in a dark melancholic atmosphere. Escaping – the forgetting and oozing away of the experienced, the loss of security and carefreeness as well as the tireless attempt to hold fast to it – is a central motif transversing the exhibition. Upon first glance, however, this sensual pictorial world contrasts the objective and ostensibly modern word sculptures and word pictures. The letters of the alphabet based on a basic quadratic form make up intricate patterns, the meanings of which unravel time and time again. The play with the meaning and spatiality of language that develops in this way is linked to the ideas of concrete poetry. The folding-screen Denkende (2013) consequently superimposes a large-format painting on the wall, charging the space between work and viewer with meanings that in turn enter into a dialogue with the painting. The result of this interleaving of meaning and overlapping of visual languages is that abstract conceptualities and their figurative attributions become subject to a new ambivalent interpretation.

Dirk Bell has enjoyed international recognition for many years and has already been presented in numer-ous solo exhibitions, most recently at the Pinakothek der Moderne in Munich, the Modern Institute in Glasgow, the BALTIC Centre for Contemporary Art, the Schinkel Pavillon in Berlin and the Staatliche Kunsthalle Baden-Baden. He has also participated in diverse group shows, including the Bundeskunsthalle in Bonn, the Prague Biennale, the Witte de With Center for Contemporary Arts in Rotterdam, the Drawing Room in London, the Bergen Kunsthall, the Museum für Gegenwartskunst in Basel, the ZKM Karlsruhe and the Chelsea Art Museum in New York. A comprehensive catalogue will be published by the Verlag der Buchhandlung Walther König in collaboration with the Pinakothek der Moderne which not only documents both exhibitions but also provides an overview of Bell’s previous work.