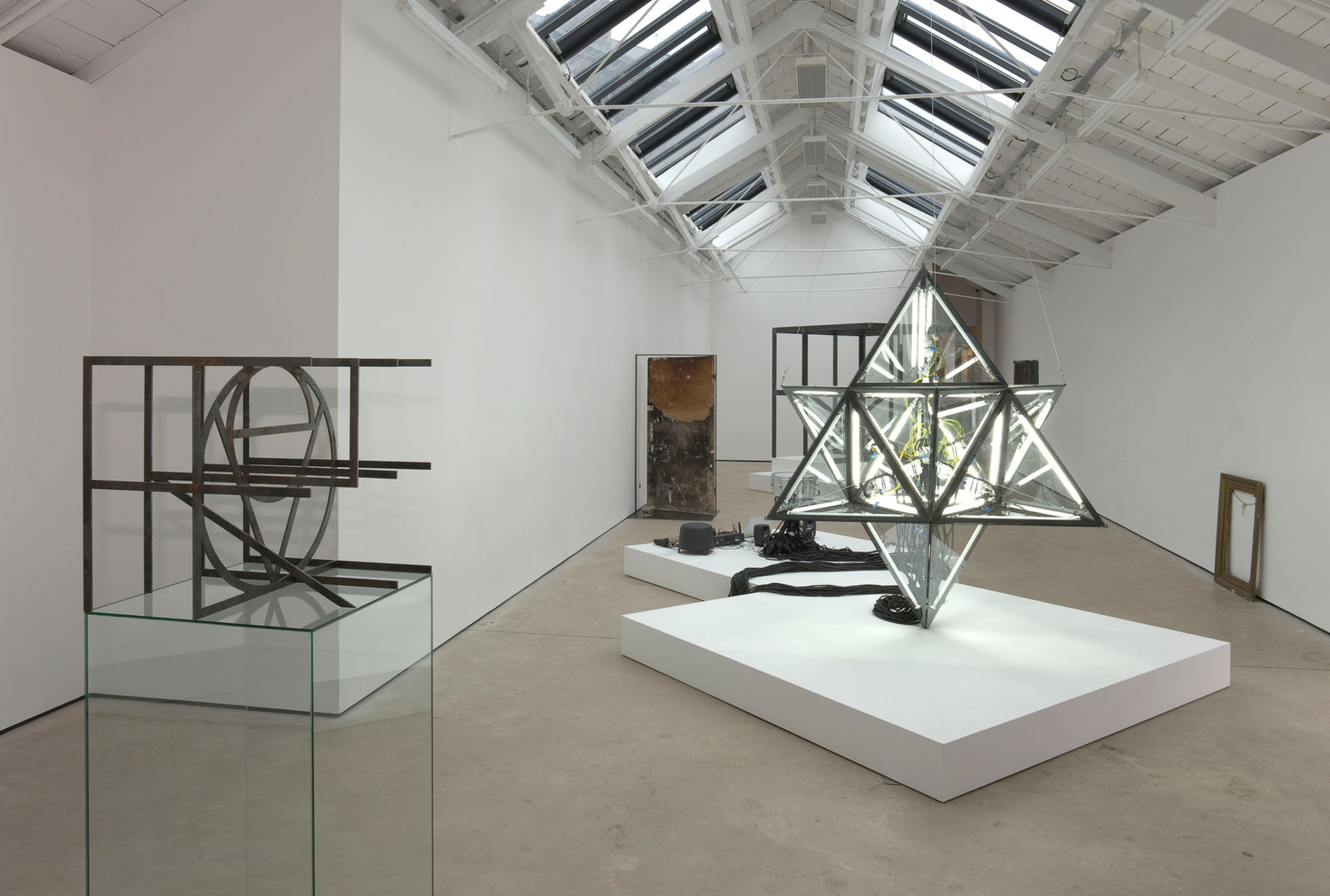 Working with technology and the iconography and materials of contemporary life, Bell’s work is also infused with myth, symbolism and emotion; and laced with references and associations that question society’s various attempts to make sense of the belief systems and the structures that control the world. The new works reflect the relationship between society and human nature, and question the presence and absence of freedom and love in today’s world.

The exhibition at The Modern Institute includes Merkaba, a large new sculpture comprising of thirty-six neon tubes connected together and controlled by the audience through a snare drum and a unique computer game. The aim of the computer game when it was included in Made in Germany was to maintain balance while collecting ‘love’ and ‘freedom’ objects; when successfully collected the Merkaba achieved enlightenment and radiated light. Now created as a large-scale sculpture in this new exhibition, Merkaba will both create and reflect an atmosphere throughout the gallery. Alongside Merkaba, Bell will show a number of sculptures, drawings and paintings.

Upstairs at The Modern Institute, Bell has invited Berlin based philosopher, Marcus Steinweg to present Diagrams a series of diagrammatic drawings. Of these works, Steinweg has said; “The diagrams are philosophical visualizations of thoughts and concepts. It is not the aesthetic result that matters but the clearness of the idea from which it emerges.” At 8pm during the preview Steinweg will give a talk about the experience of art.

Dirk Bell (b. Munich, 1969) has exhibited internationally: solo shows include Staatliche Kunsthalle, Baden-Baden (2009); Li’ve is Li’ve, Schinkel Pavillon, Berlin (2009) and Kunsthalle Bremerhaven (2006). Made in Germany was presented at BALTIC Centre for Contemporary Art, Gateshead; Sadie Coles HQ, London and The Modern Institute, Glasgow. In May 2011 he has a solo show at Pinakothek der Moderne, Munich.