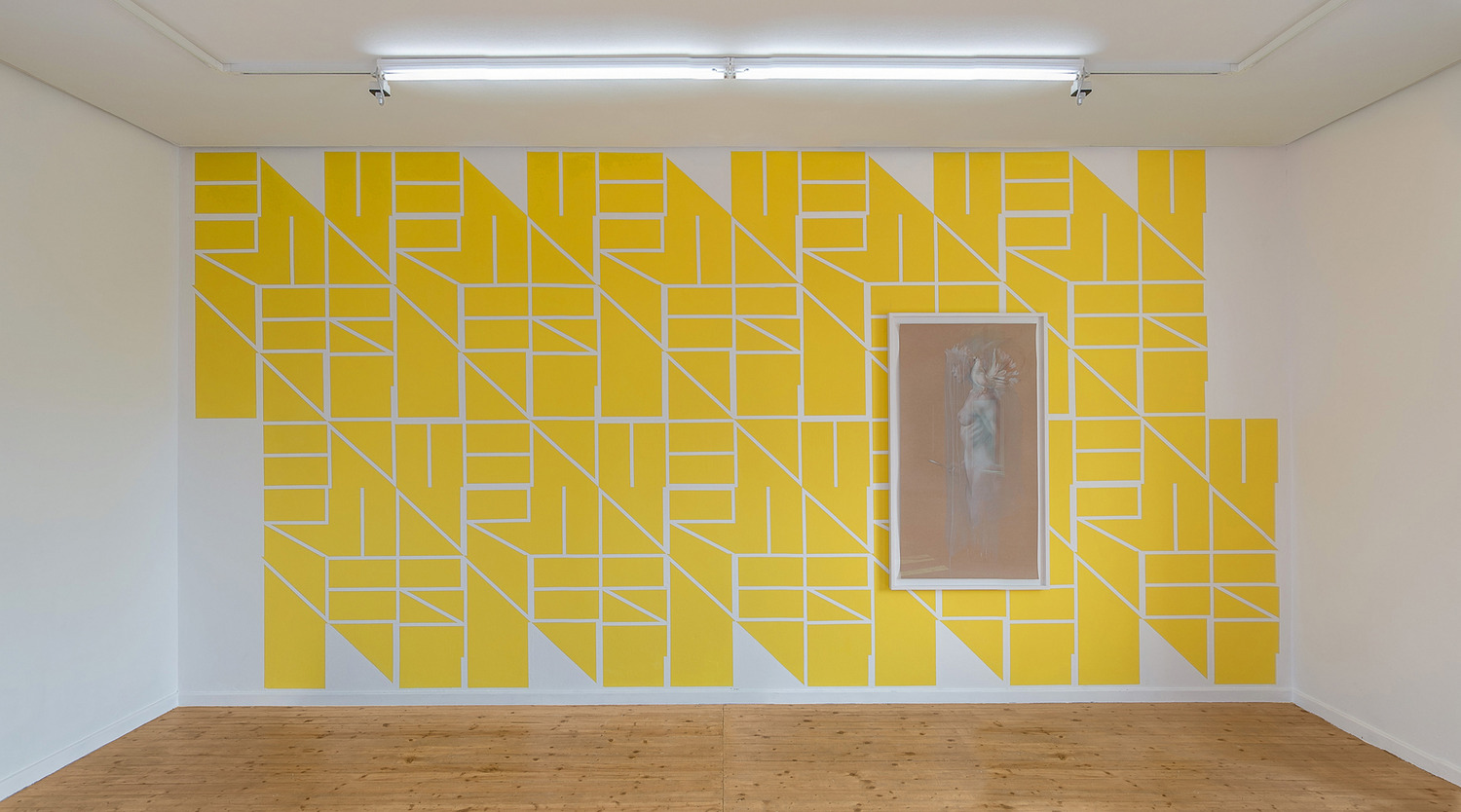 Dirk Bell often works with found objects that carry their own story with them. Here, the medieval tower where the Kunstverein Hildesheim has been located since 1980 becomes a found object that he weaves into associative chains. The building, its history and legend become material for the exhibition, where motives like recommencement/turn and waiting/persistence appear in variations throughout the exhibition which develops over three storeys of the tower.

The Kehrwiederturm (Tower of Return) was built in 1465, owing its name to its positioning. However, a legend tells the tragic story of a woman who had met her secret lover late one night outside the town wall where he found death upon being struck by lightning. Shocked and disorientated the woman only found her way back to the town thanks to the tower’s bell. This story of love, unfulfilled desire, end and new beginning form the backdrop to which Bell’s exhibition unfolds.

The exhibition begins with the work WARTEZIMMER (Waiting Room), as a kind of prologue which finds its continuation one floor further up. Since 2007 Dirk Bell has been working with the LOVEPHABET, an alphabet designed by Bell, based on the shape of a square. The lettering WARTEZIMMER, which due to the positioning of the characters can also be read as WARTE IMMER (wait forever) or WARTE NIMMER (never wait), is repeated, and wraps around the spiral staircase and the visitors too. Waiting, here, could refer to the end of something, a new beginning or it could be an end in itself or a pause in the moment. In this room we find a black object, a kind of shelf, which forms another word: IDIOT. The idiot in Fyodor Dostoevsky’s 1868 novel, of the same name, is a figure who is marked by childish naïvety, purity and goodness, and thereby adopting the status of a person standing somewhat outside, unable to fully integrate. In 2013 writer Hans-Christian Dany introduced the concept of the idiot as an escape from the endless chains of self-improvement and hectic communication.

Opposite this sculpture the sound piece Liebe Lüge (Love Lie) by Berlin-based musician, producer and composer, Konrad Sprenger, is constantly played. The principle of the interlocking letters in the space is taken up phonetically. Language turns into noise. The syllables of the words Liebe (love) and Lüge (lie) are endlessly repeated, shifted and only hint at words that we form in our mind, most of the time: lie ge lü be lü ge lie be.

On the third and final floor we see a mural forming the neologism ENTRINNERUNG. The drawing Make Love Not Peace shows a fragmented image of a young woman with a stiletto. Frequently Dirk Bell begins with ambivalent images that are reminiscent of cheesy posters. He works through these images, looking for figures and expressions of desire. The resulting works are never pure, instead they linger between fascination and repulsion. The space is filled by another sound work by Konrad Sprenger. The piece, Hornbach, composed from a harp, church bells and guitar chords stretches over 45 minutes. It starts with an airy, elevating mode that later on becomes more sinister, gradually shifting yet always enveloping space and visitor/viewer.

On the way down we eventually return to the “waiting room” beyond the spiral staircase, which now forms the epilogue. HAPPY SAD can be read here, stitched onto a flowered doily. Another one contains the interlocking letters L O V e forming the sign l (EVOLOVE) that can be read as “Love” or “evoL”, which sounds like “evil”. In 2007, this sign marked the beginning of Bell’s LOVEPHABET whose letters play with image, sound and meaning, celebrating language as a dazzling formation of ambiguity.