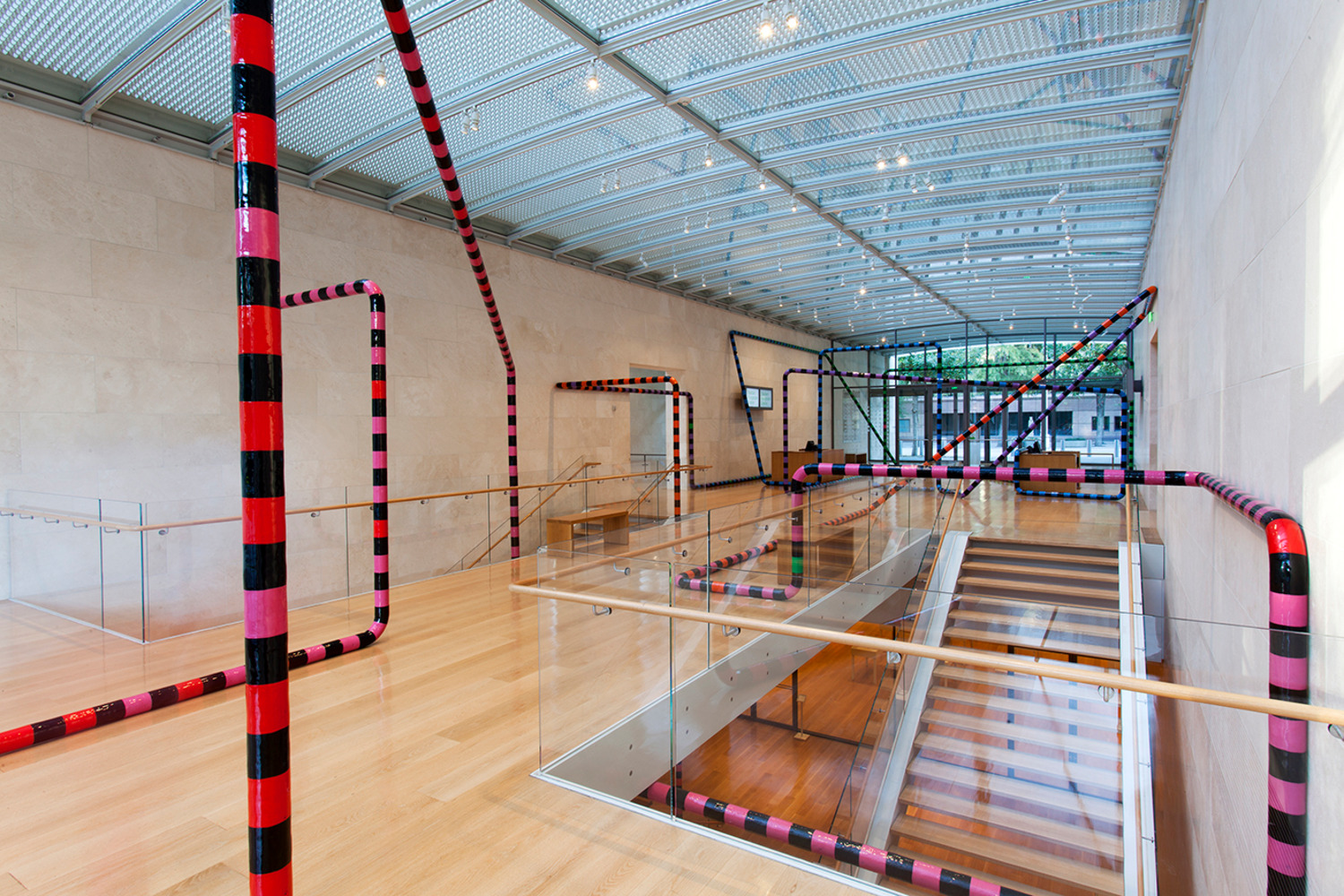 The Nasher Sculpture Center’s ongoing Sightings series of installations and architectural interventions by contemporary artists features a installation by London-based artist Eva Rothschild. Born in Dublin in 1971, Rothschild has received acclaim for works that reshape the legacy of minimalist and post-minimalist sculpture to offer evocative, open-ended experiences to the viewer.

She made her first large-scale intervention in a museum space in 2009, when she created Cold Corners, Tate Britain’s Duveens Commission. In 2011, she created Empire for the Public Art Fund, New York, placing a monumental, multidirectional steel archway painted with brightly colored stripes at one of the entries to Central Park.

For Sightings, Rothschild drew on experience from both previous commissions to create Why Don’t You (Dallas), expanding the formal vocabulary of Empire to the scale of Cold Corners. An intricate network of painted piping rambles through the space of the Nasher’s Entrance Bay, snaking up the walls, along the floor, and over and around admissions desks, stairs, and doorways. Like the Duveens Commission, it cannot be understood at a glance. Climbing over the admission desk, dipping down to the Lower Level, and wrapping underneath the bridge over the stairs, the work encourages movement through the space and can only be taken in gradually, as one follows the trail of black and brightly colored striped pipes through the space. Empire alternated black with stripes of complementary colors red and green, creating a tonal stasis that; counteracted the movement of the pipes. The brightly colored stripes of Why Don’t You (Dallas) are grouped so that, as the work travels through the space, each section is identified by its color. The coloration shifts gradually in sections and run from cool to warm as it travels from one end of the space to the other.