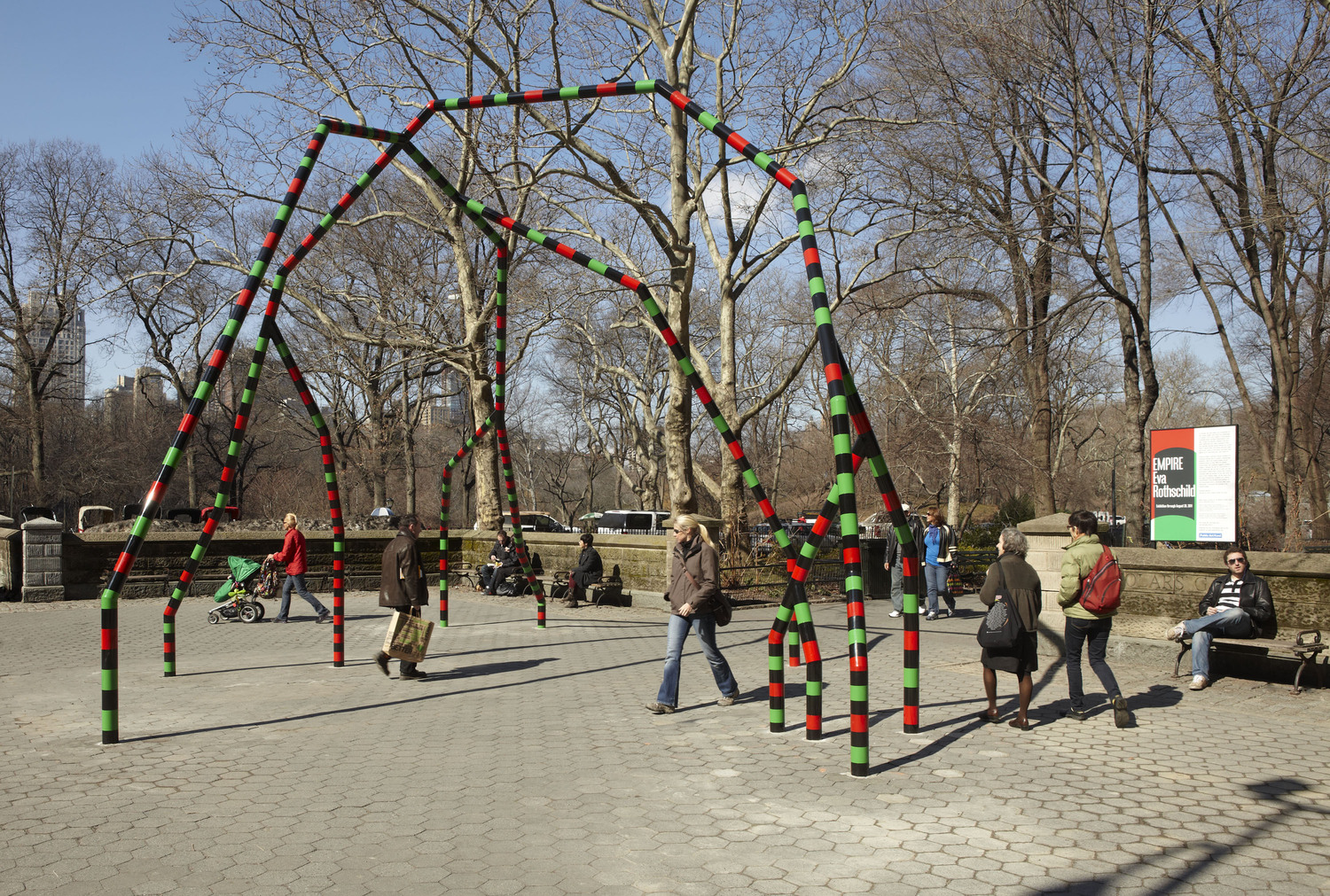 Eva Rothschild created a work that responded to the role of Doris C. Freedman Plaza as an
important and heavily used entry point to Central Park. The sculpture represented a gateway,
referencing the natural, muscular forms of the trees that line the site as well as the complex
mass of buildings that border the Midtown Manhattan site. Rising to nearly 20 feet and spidering
over the center of the Plaza, the sculpture is fabricated in four-inch diameter steel painted with
red, green, and black stripes and lightly rests on the ground at ten different points. Rothschild
notes, “The stripes climb over the arch in different densities and widths, the colors switching
from foot to foot, transforming the fixed staggered lines into vectors and visually destabilizing
what viewers know to be a solid structure. The sculpture takes the form of a multidirectional
arch extending the natural arches formed by the trees that beckon the public into Central Park.
The Plaza is a threshold, and the work aims not to congest the space but to heighten
awareness of the shift that takes place when one steps out of the street and into the Park. It
should become another gateway between two different worlds of urban experience.”