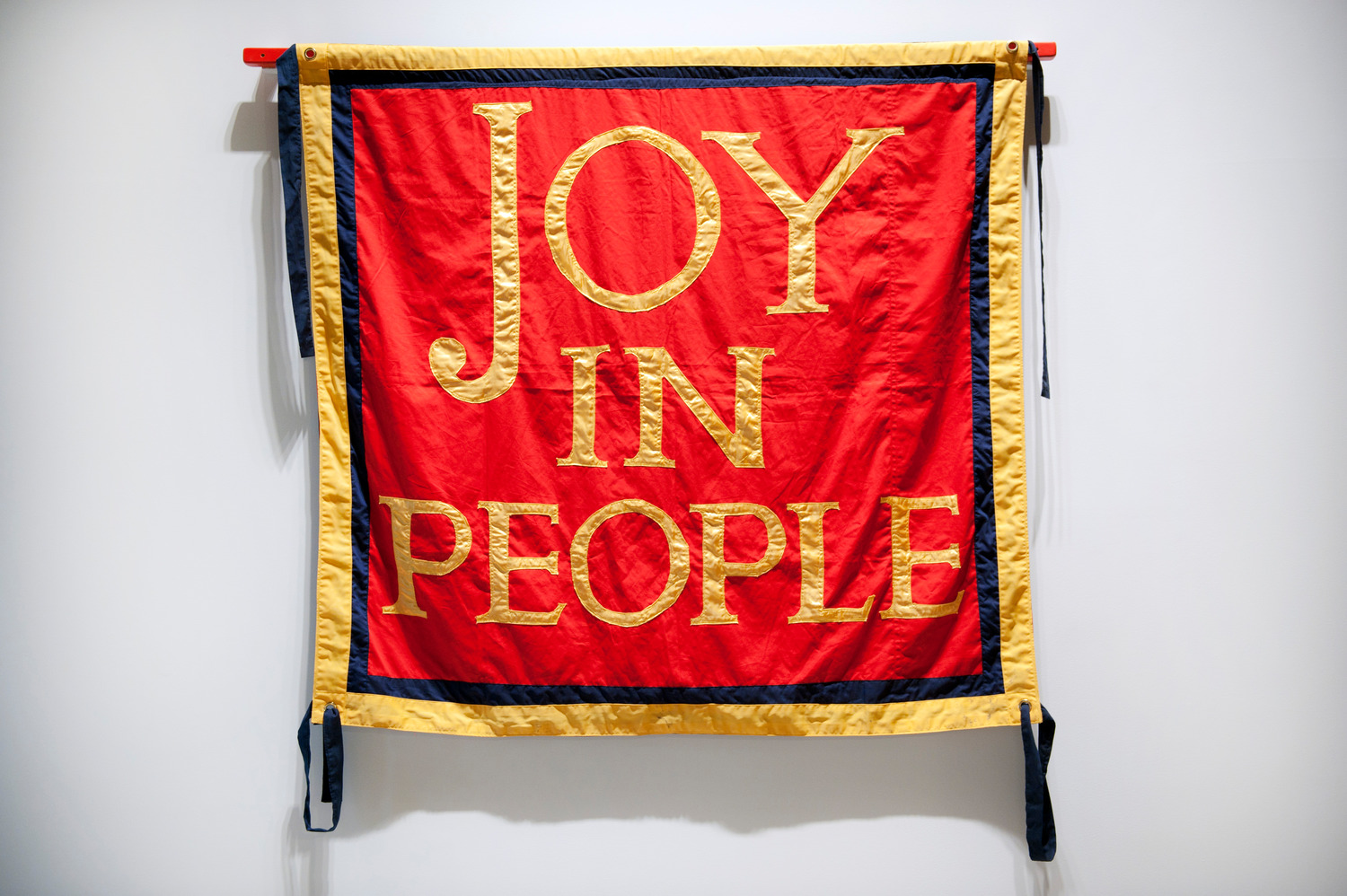 A hugely influential artist for much of the past two decades, Turner Prize winner Jeremy Deller has helped to rewrite the rules of contemporary art – his work explores compelling social and cultural territories while alternately taking on the roles of artistic producer, publisher, filmmaker, collaborator, curator, parade organiser, and cultural archivist. This mid-career survey – the first in the artist’s career – provides a fresh overview of his multi-faceted work. The exhibition will incorporate almost all of his major works to date, including installations, photographs, videos, posters, banners, performance works, and sound pieces, shown together with new work. Joy in People is curated by Ralph Rugoff, Director, Hayward Gallery.

The earliest of the show’s major installations will be a larger than life size reconstruction of Deller’s Open Bedroom (1993), the artist’s first exhibition which was held in his parent’s house when they were away on holiday. Among other major works, the show will feature a two-part installation and a presentation of archival material, based around Deller’s epic project An Injury to One is an Injury to All (2001) exploring a violent 1984 confrontation between striking miners and police – an event he re-staged with historical re-enactment societies and former miners. The exhibition will also include It Is What It Is (2009) showing the remains of a car destroyed at Al-Mutanabbi book market in Baghdad, presented within an area in which participants with firsthand knowledge of conflict zones in the Middle East, particularly Iraq, discuss their experiences with the public; Valerie’s Snack Bar (2009), a functioning replica of a Manchester café along with large-scale parade banners (such as a pro-smoking banner designed by David Hockney); and new film So Many Ways to Hurt You (2012) about the miner turned glam wrestler, Adrian Street.

Much of Deller’s work over the years has explored and elaborated on the social meanings of popular music. Jeremy Deller: Joy in People will include a number of his pioneering collaborative works with fans and amateur cultural practitioners, such as The Uses of Literacy (1997), an exhibition created by fans of The Manic Street Preachers, which brings together paintings, collages, drawings, books, poetry and ephemera inspired by the band’s lyrics. The exhibition will also feature several music-related videos, such as Acid Brass (1997), for which he commissioned a traditional brass band to play contemporary acid house music.

In addition, the exhibition will feature a section entitled ‘My Failures,’ devoted to the artist’s myriad unrealised projects, and will include a new narrative slide show in which the artist discusses his many non-gallery projects and interventions. It will also include interactive elements featuring the gallery attendants.

“I am delighted that the Hayward Gallery is presenting Jeremy Deller’s first survey exhibition. His work explores links between seemingly far-flung cultural phenomena and he unexpectedly and imaginatively charts their connections to our larger social relationships. In the process, he has helped to expand our idea of art – of the roles it can play and the shapes it may take – as much as any artist of his generation.”