Jeremy Deller
‘It Is What It Is’ 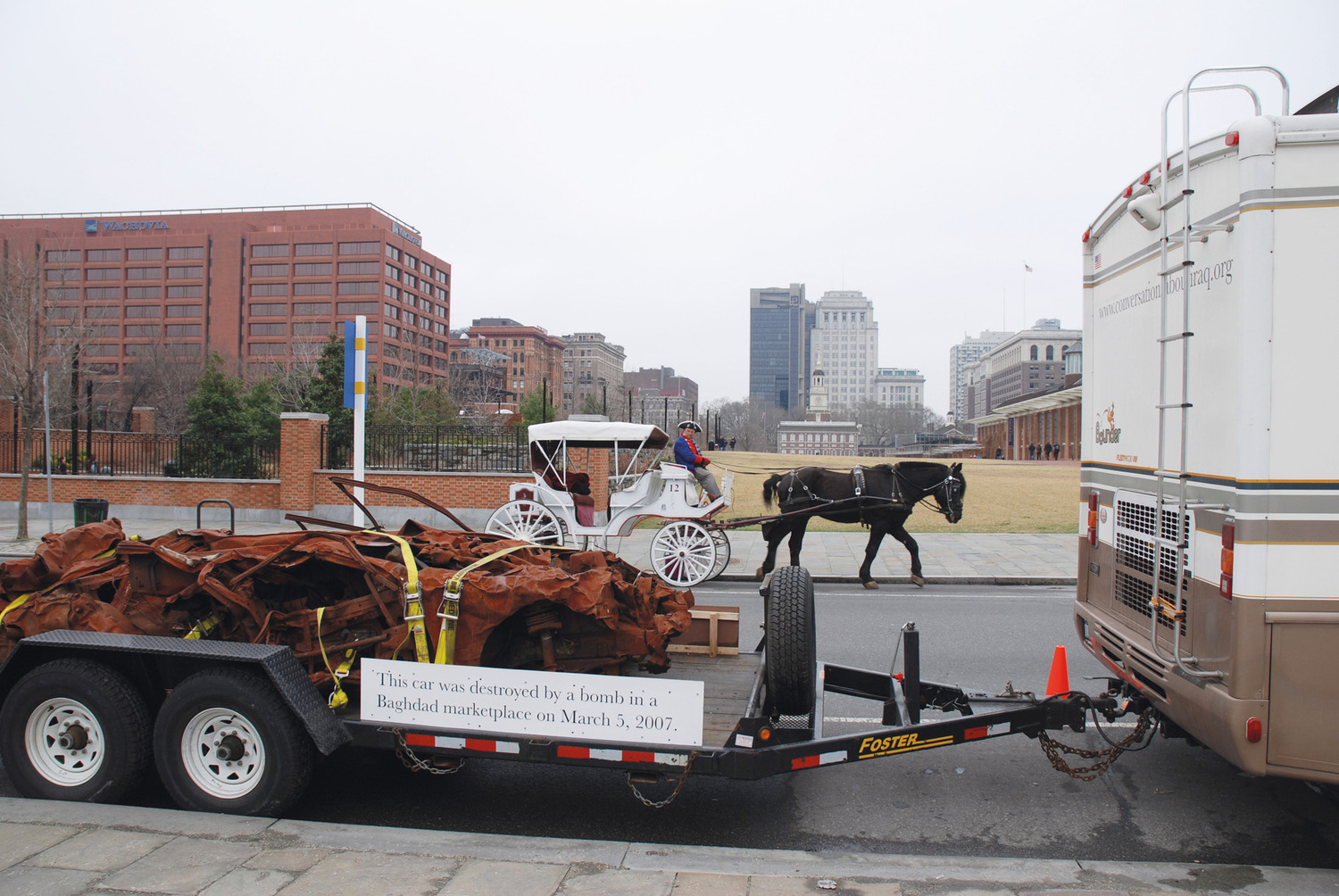 This project started as the idea to create a mobile museum of the war in Iraq that would tour the US. Finding material for the museum proved difficult, until we were offered a car that had been destroyed in Iraq, in the heart of the former British empire. From this car, used as a centrepiece, we constructed a room in the New Museum, New York, where the public could meet and talk to people involved in the conflict in some way. The idea was then taken on the road; we towed the car from New York to LA, stopping off in 14 towns and cities on the way – a classic American road trip route – accompanied by an Iraqi citizen and an enlisted American soldier. It was presented in as neutral a way as possible, which puzzled a lot of people. But it meant that the public were more likely to talk to us, because they weren’t scared of being dragged into some sort of political arena. Sometimes these conversations went on for hours. The car was subsequently donated to the Imperial War Museums.