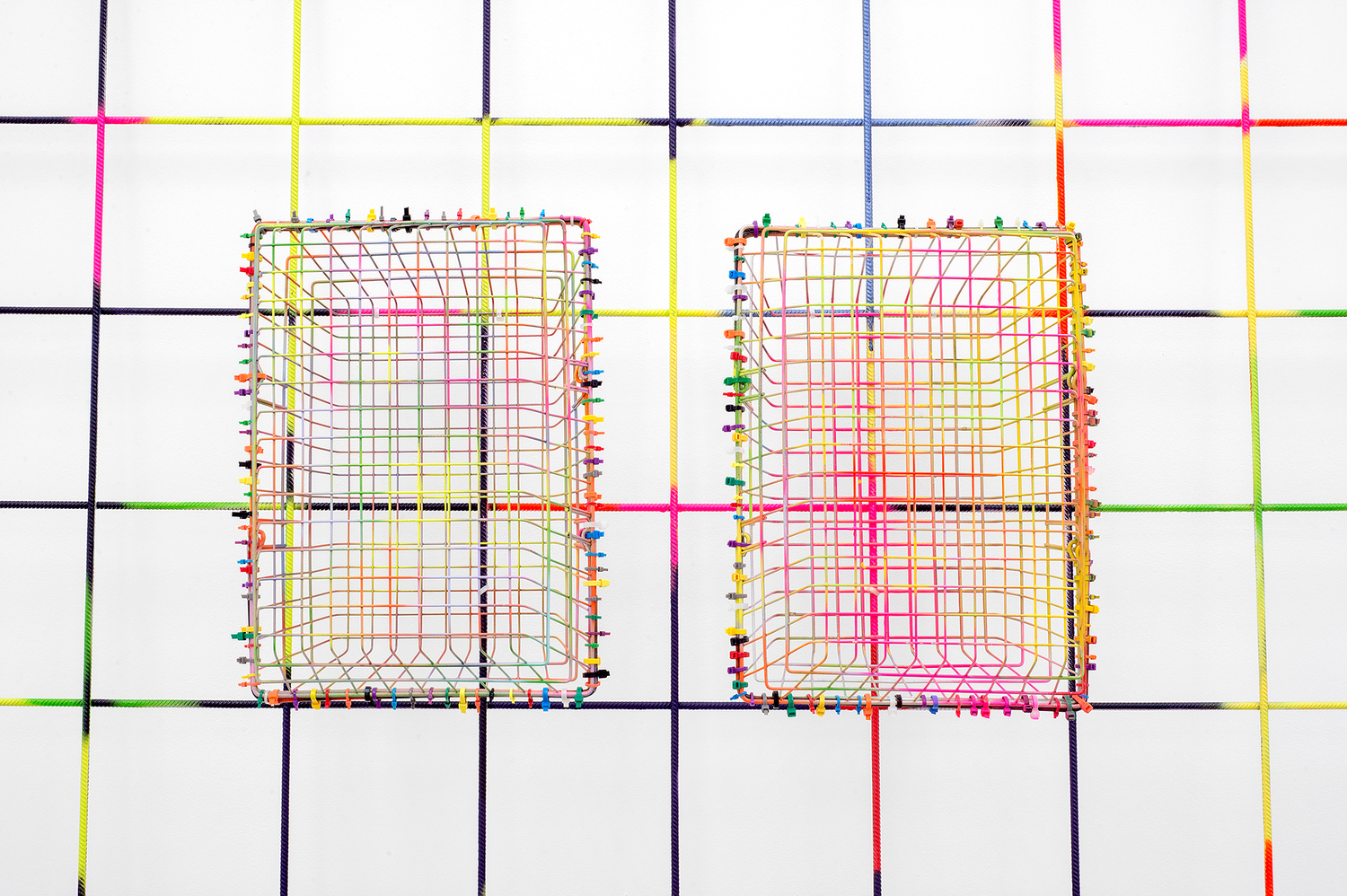 Running through the length of the Osborne Street space, which previously functioned as a wash house, seven domestic washing machines are placed within the main gallery. Meticulously coated with a matte finish, they assume the likeness of a cast, as the considered selection of pastel tones heightens the idea of them as replicas- not ready-mades- giving them an air of lightness, as if they could be carved from foam. By stripping these objects of their intended purpose, Lambie renders them non-objects and examines the ambiguous space between the real and the imitation, and the uncertainty triggered when questioning one’s established understanding of a familiar element or its semblance.

Further installed throughout the space, steel grid structures serve as display methods for a series of cage-like forms comprised of metal shopping baskets conjoined by coloured cable ties. Traces of paint residue intact on the baskets’ framework reference the working process of a new series of paintings, made by directly spray painting over the bottom of the shopping carrier onto paper. The paintings, each of which form a visual plane of their own materiality, vibrate at different levels of intensity, whilst maintaining a shared frequency to the body of work as a whole.

The recurring grid motifs within the exhibition explore how space can be reimagined and occupied anew – whether it’s from the gesture of spraypaint escaping through the basket’s grating resembling an exhale, or the grid structures themselves redefining the perception of the gallery’s layout.