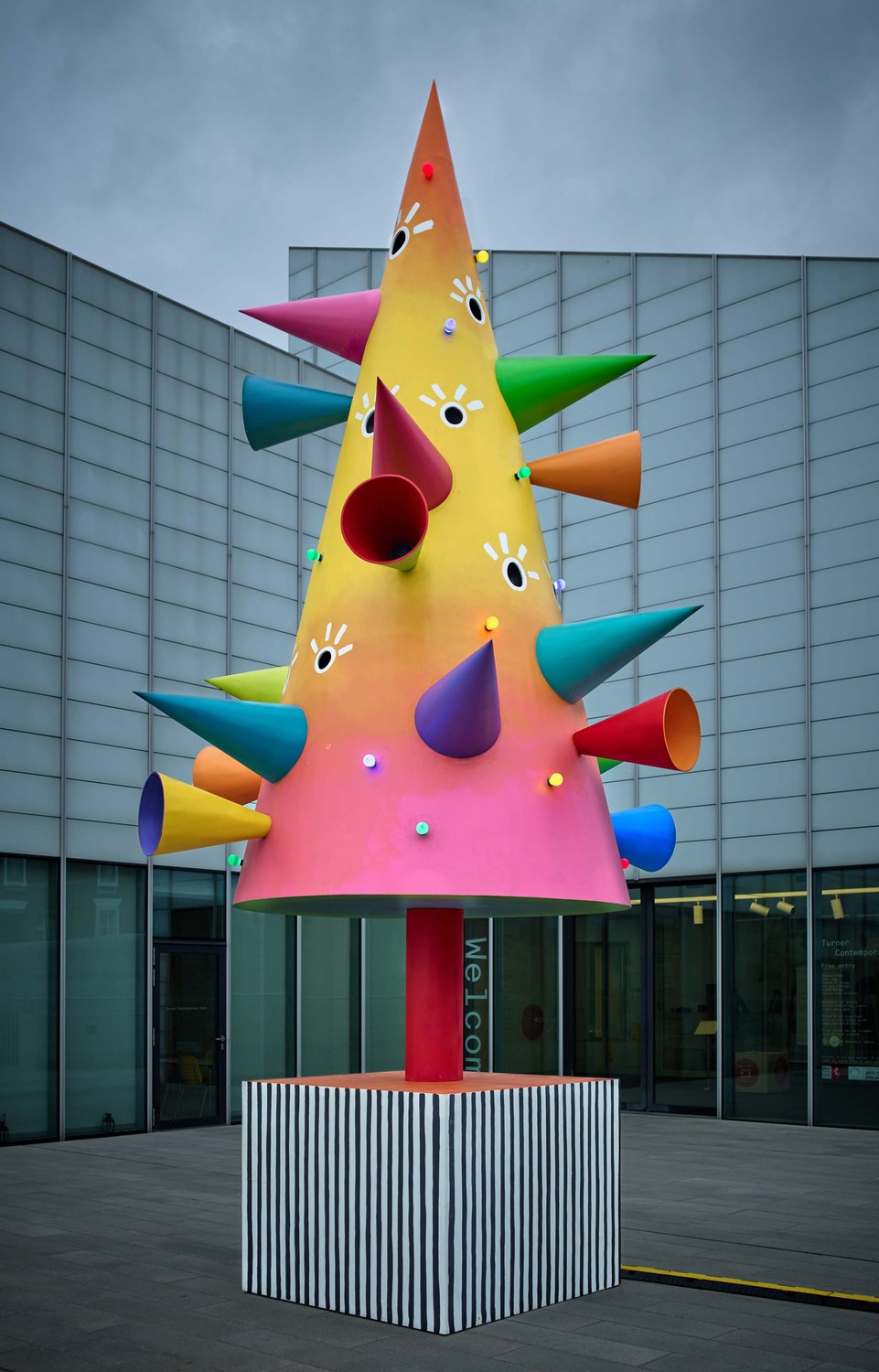 DOES THE ITERATIVE FIT is a temporary publicly sited sculptural and audio artwork originally commissioned in 2017 by The Kings Cross Project and originally installed in Granary Square London during the Christmas period.

Drawing on visual motifs that Tatham and O’Sullivan recycle and reinterpret within their practice alongside a specifically devised audio soundtrack, DOES THE ITERATIVE FIT is a response to and critique of the context of its original commission brief. Through a
reimagining of the behaviours or interpretations of publicly sited sculpture DOES THE ITERATIVE FIT uses the forms, modes, and behaviours of contemporary art practice and its discourse, with the brief to produce a Christmas tree and the context of its site. Tatham and O’Sullivan’s response takes an over-determined outcome as a starting point through which to consider the functions that art can be expected to perform within the public sphere. Tatham and O’Sullivan designed a number of absurd characteristics, that both delivered the entertaining spectacle of a Christmas Tree, whilst also providing a disruptive mechanism for critique.