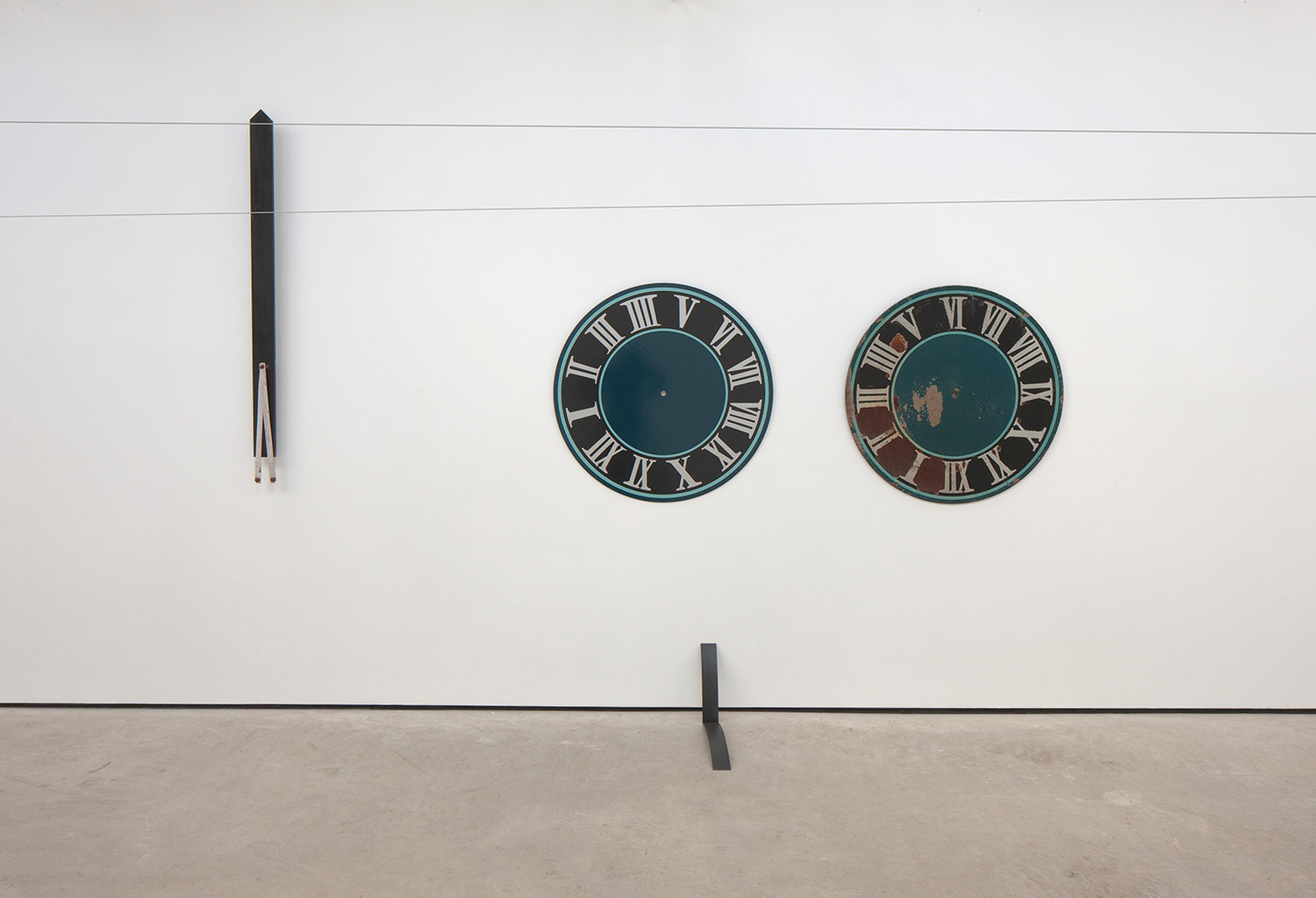 The Modern Institute is pleased to announce the solo exhibition Dynamic Fatigue Test by Katja Strunz. This exhibition includes a number of new installations as well as collage works on paper.

Central to the exhibition is Strunz’s investigation of the materials the works are made of and the ability of those materials to absorb and resist physical stress. This is evident in the folds and bends imposed on the many clock-faces and sheets of metal Strunz has used. In the work Dynamic Fatigue Test by pounding against the workpiece (2009- 2012), a chain with a number of metal fragments is drawn around the gallery on a wire. And in Crack Initiation Testing, (2012) four 19th century clocks are fixed within a perspex case, using a pneumatic system, the clocks are shaken, one of them to the point of collapse. Strunz’s collage works capture the dynamism of the sculptural work, harnessing their energy into a single plane.