Kim Fisher ‘A Little Bit of But’ 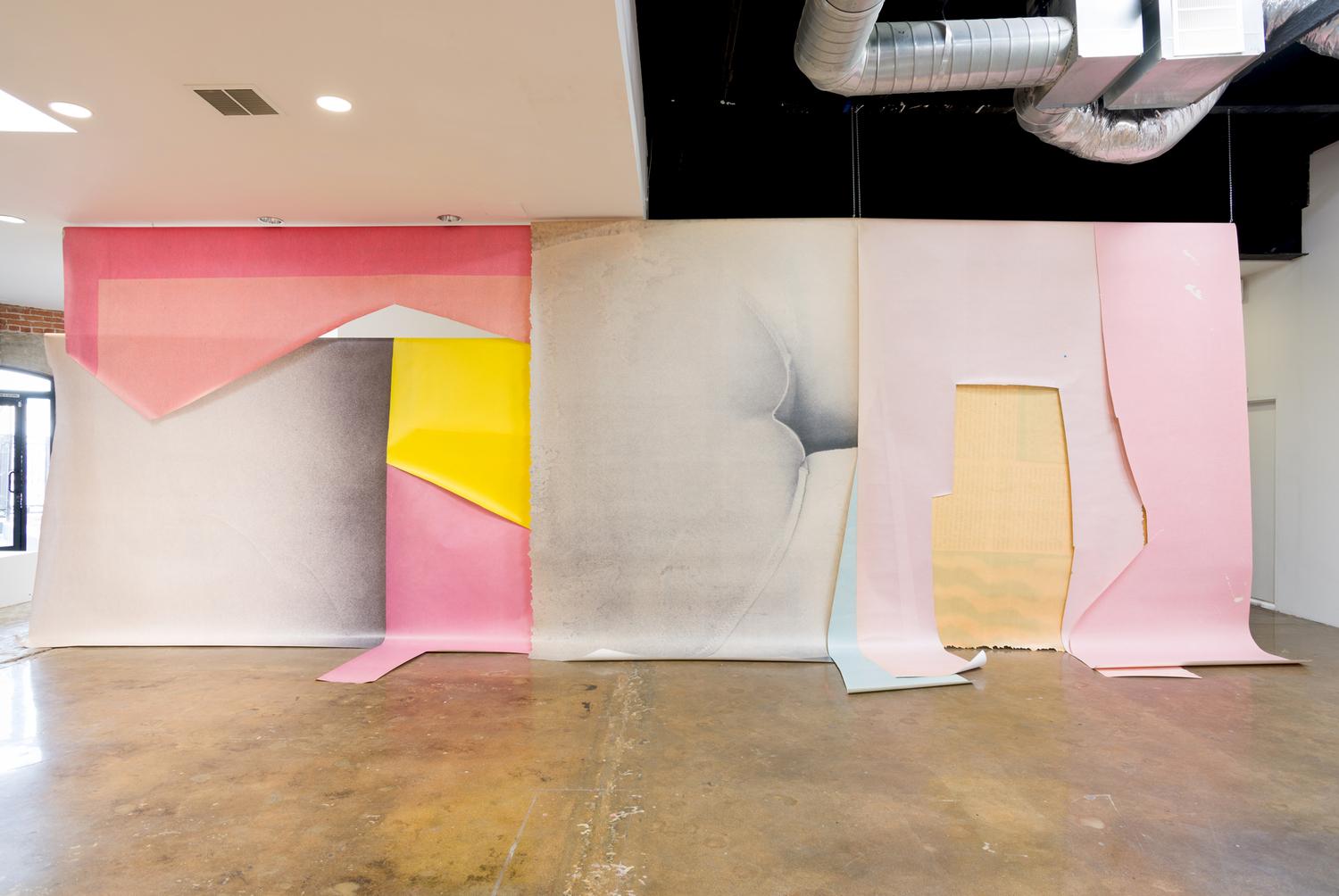 LAXART is pleased to present A Little Bit of But, a solo exhibition by Los Angeles–based artist Kim Fisher. Featuring Fisher’s largest installation work to date, this exhibition comprises both an architectural intervention and a new body of paintings; a large–scale, printed paper installation curtains the main gallery, creating a layered environment of color and shape that is echoed in a series of abstract and text–based canvases. Appearing as torn sheets of paper mounted on velvety black grounds, several of these canvases incorporate text painted in a Times New Roman font. Dislocated from their source material—lifestyle and fashion magazines from the past fifty–plus years that Fisher avidly collects—the words become poetic and at times melancholy. Many of the fragments are lifted from outdated articles telling women of a certain class how to think, look, or behave, from diet to plastic surgery to suburban living. The works reveal a subtle feminist critique that holds the glossy world of women’s magazines in a curious, hazy regard.

Kim Fisher received a BFA from the University of California, Los Angeles, and an MFA from Otis College of Art and Design. Her work was included in the 2014 Made in L.A. Biennial at the Hammer Museum and she will have a solo exhibition at Shane Campbell
Gallery in Chicago in December, 2016. This is her first solo show in Los Angeles since 2012.

This exhibition is made possible in part by a grant from the City of Los Angeles, Department of Cultural Affairs and through the
generosity of the Modern Institute, Glasgow and Art Center College of Design, Pasadena.