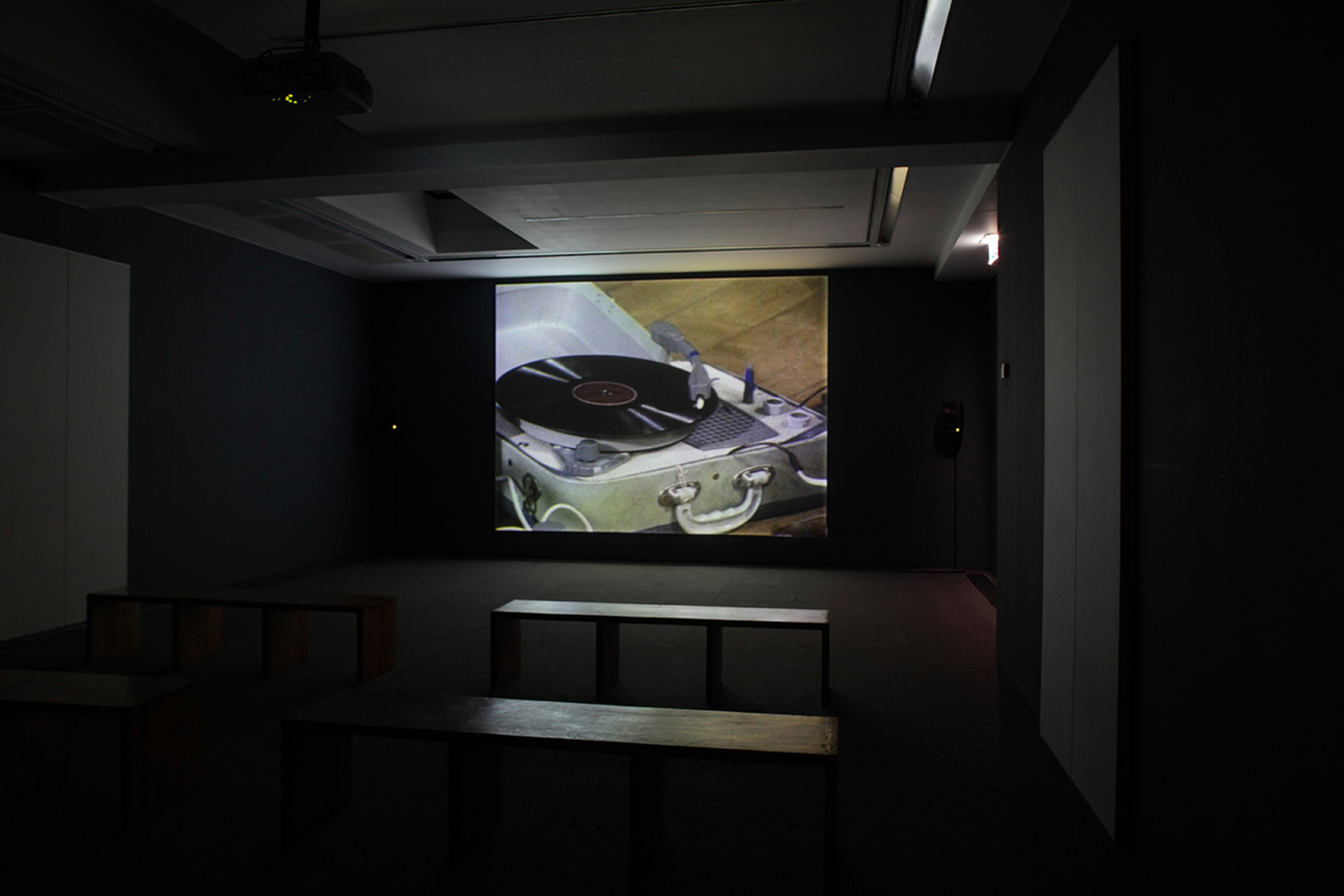 Fowler’s films have often been linked to British Free Cinema of the 1950s, whose distinctive aesthetic came out of a conscious decision to engage with the reality of British society. Fowler uses similarly impressionistic sound and editing, and avoids didactic voice-over commentaries and narrative continuity. However, the artist moves beyond simply referencing the work of his predecessors. He intuitively applies the logic, aesthetics and politics of his subjects to the films he constructs about them.
The results are atmospheric, sampled histories that reverberate with the vitality of the people he studies.

Pilgrimage From Scattered Points, 2006, focuses on the English composer Cornelius Cardew, whose avant-garde Scratch Orchestra celebrated the idea that ‘anyone can play’ in the late 1960s and early 1970s. In this work, Fowler examines the conflicts that developed within the group leading up to its disbanding and combines archival video, photographs, interviews and previously unreleased music recordings.

The Nine Monads of David Bell, 2006, is an investigation into the world of David Bell, resident at Kingsley Hall, the refuge set up by rebel psychiatrist R.D. Laing. Fowler’s installation includes audio recordings that document Bell’s changing psychological states, as well as a film that reenacts his dreams. The piece includes a variety of works on paper, including newspapers, which Bell used as writing paper.

The exhibition includes a highlight of the 3rd Yokohama Triennial, Composition for Flutter Screen, 2008. A collaborative work with Japanese sound artist Toshiya Tsunoda, the film focuses on simple objects or phenomena seen under continually changing conditions. This new work, re-configured especially for the Serpentine Gallery exhibition, represents a new direction in Fowler’s use of sound and the moving image.

In 2008, Fowler won the inaugural Jarman Award for artist filmmakers, presented at the Serpentine Gallery. The artist has exhibited internationally in solo presentations at Kunsthalle Zürich, 2008, and White Columns, New York, 2006. This is the first major survey of his work in a British public gallery.