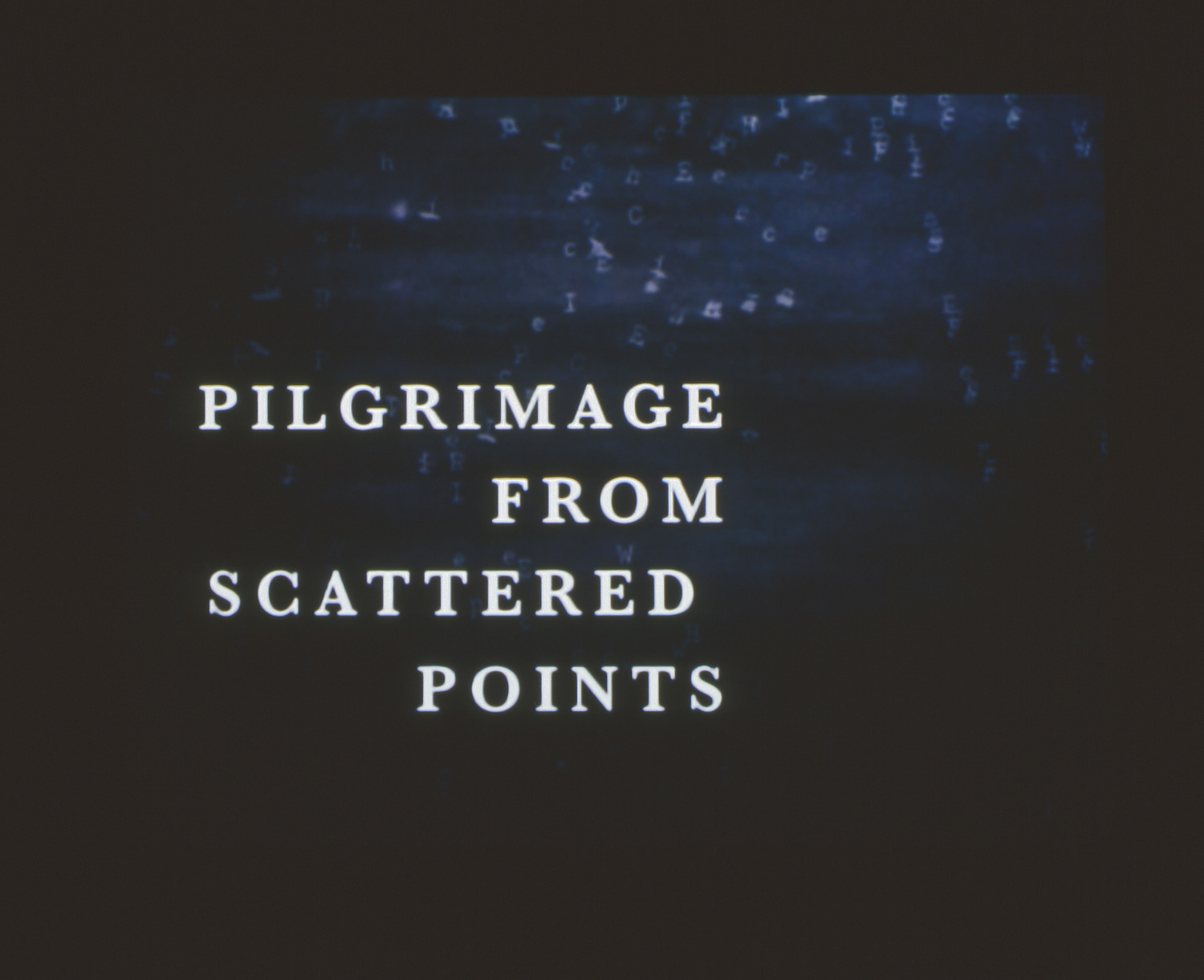 Pilgrimage from Scattered Points is a film about the English composer Cornelius Cardew (1936-1981) and The Scratch Orchestra (1968-73). Cornelius Cardew formed said orchestra with Michael Parsons and Howard Skempton in 1968, and published their draft constitution in The Musical Times in June 1969. The constitution set out the framework which would dominate the orchestra’s musical work for the first half of its existence. It proposed a fluid community where students, office workers, amateur musicians and some professional composers would gather together for performance, music making and edification.

The only full-length recording available of The Scratch Orchestra is a performance of Cardew’s The Great Learning. A six-hour choral work written for the orchestra based on the Confucian scriptures. The work calls for a large number of trained and untrained musicians to sing, speak, drum, perform actions and gestures, improvise and use conventional and unconventional sound sources.

The Scratch Orchestra’s concerts often consisted of the following: “Scratch Music” which relied on graphic or verbal instruction instead of traditional musical notation; “Popular Classics” where established works, mainly from the classical cannon, were subverted; “Improvisation Rites” which was a communal starting point for semi-structured, free-improvisation; “Research Projects”, travels which where undertaken in many dimensions, e.g. temporal, spatial, intellectual, spiritual and emotional. Rejecting the musical establishment, the orchestra sought out new locations and audiences for their music. Concerts could take place in town halls, train stations, shopping centres and boating lakes, at weddings or remote village halls.

After two years this musical and social experiment became rigorously self-critical, with debates about the function of their art and for whom it served. To manifest this criticism, meetings were held and a “discon-tent file” drawn up. This triggered a split of the orchestra into two opposing camps. The first camp, “the IDgroup”, believed in the Maoist dictum that music should serve the struggle of the broad masses. The second, the “bourgeoisie idealists”, struggled for an autonomous art that primarily served formal, musical experiments and self-expression.

In Pilgrimage from Scattered Points the internal contradictions and struggles of The Scratch Orchestra are related through first person interviews, recent and archive footage and predominantly unreleased music.