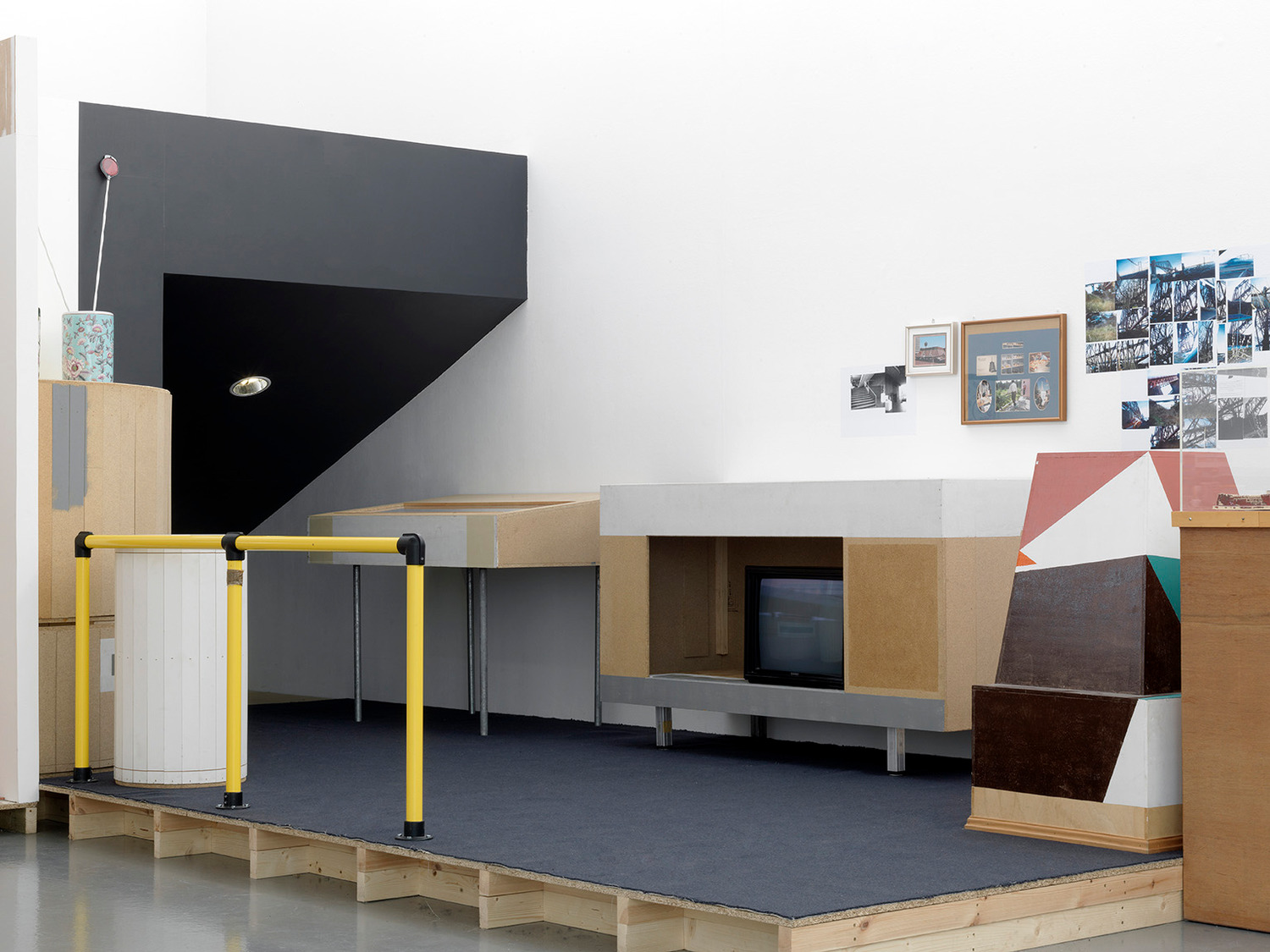 Dundee Contemporary Arts presents new and recent works by Manfred Pernice – one of the most outstanding German artists of his generation. This is the first solo exhibition in the UK in partnership with Modern Art Oxford and SMAK, Ghent. Conceived as a project in three stages the work will be subtly transformed following the artist’s experiences in each location.

Manfred Pernice creates objects and sculptures that consider the complex relationships between art, architecture, city-building and human stories of time and place. Formed of a language that is immediately and distinctively recognisable, his sculptures suggest themselves as already existing in the everyday world. This exhibition however presents developments in Pernice’s practice over the last three years, in particular a passage of work the artist has come to describe as Sonderausstellung (special exhibition).

Sonderaustellung constitutes the creation of a new artistic strategy for Pernice; one that provides a conceptual and physical housing in which to locate his formal, investigative research. Describing such work as “an exhibition within an exhibition”, recent projects have manifested themselves as more overtly domestic in their resonance; a world of the familial as opposed to the distinct references to the public realm and the built, urban environment that characterised his past practice.

In a relatively recent work for instance, Sonderausstellung: Wishy washy (2009), sculptures that evoke seating and utilitarian furniture are strategically placed. Domestic lighting features prominently, the residue of food packaging and containers are overtly displayed and even stubbed cigarette butts and
empty coffee cups are encapsulated within the work as evidence of the labour of making.

The centre-piece of the exhibition will be the re-presentation of a new work, Tutti (2010). Referencing Pernice’s earlier ‘can’ structures or Dosen, the sculpture reveals four room-sized quadrants and is complete with a spiral staircase that elevates the viewer. This sculpture as vessel will ‘house’ part of the
exhibition as well as becoming the site for various settings, its content rearticulated and modified as it journeys from place to place.