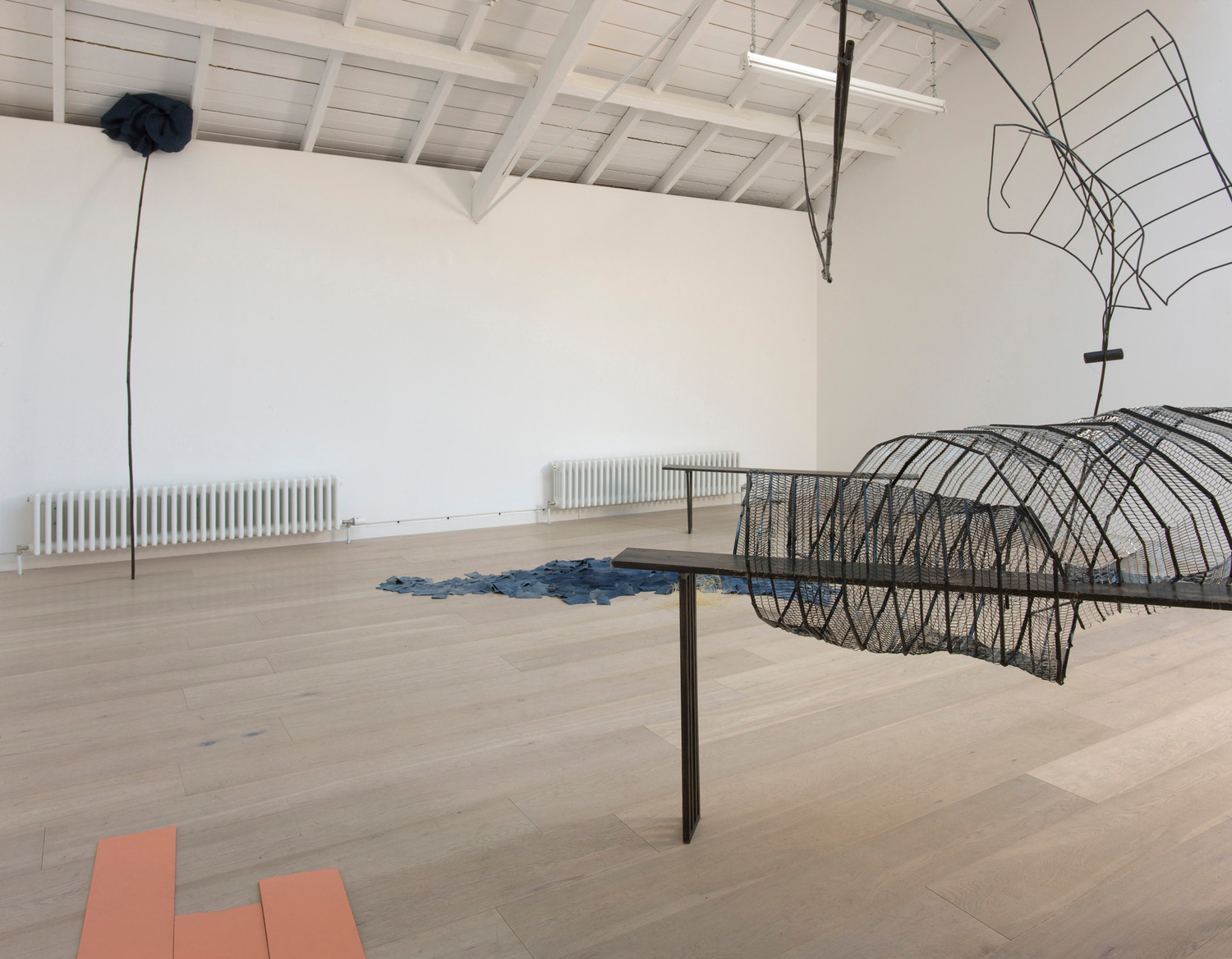 Mary Redmond’s sculptures use a mixture of found objects and raw materials which are altered, shaped, bent, and painted and then meticulously placed together. Their placing unites found objects with those hand-made by the artist. These intricately placed pieces play with balance, solidity and space. Her work has been described as ‘something ordinary made strange’. Fleeting visual and physical experiences are referenced through the combination of divergent materials – such as industrial fencing – with delicate coloured fabric.

The work produced for her new work at The Modern Institute, Low Block Seasonal, uses some materials whose natural state is recognisable, like bamboo and jute, and others that have been processed industrially, such as steel mesh and nails. However, both of these elements have been worked on by Redmond and making apparent the connection with craft production. Redmond’s work uses the experience and ideas gathered from while travelling, influences from Japan can be seen in her use of the shibori dyeing technique and in the bench-like furniture related to Shinto religious ceremonies.