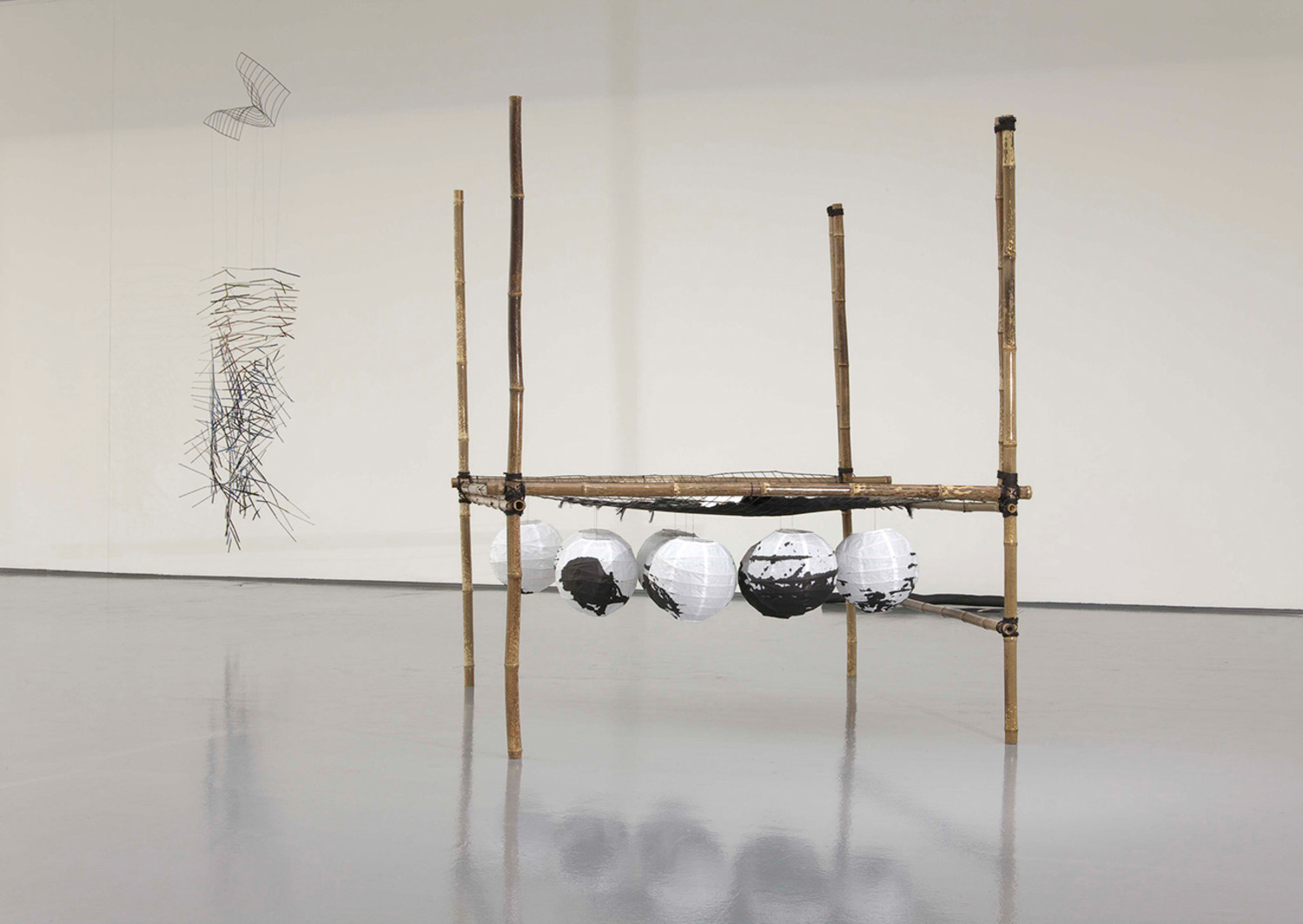 Redmond and MacKillop use the language of Modernism to create works with a precarious and ephemeral quality, in contrast to the architecture of DCA galleries. Their work is particularly poignant during a time of economic uncertainty.

Mary Redmond uses a mixture of found objects and raw materials which are altered, shaped, bent, bashed or painted and then meticulously placed together, making it difficult for the viewer to distinguish between the found object and the hand-made. These carefully placed pieces play with sculptural language: monumentality, balance, solidity and space. She describes her work as “something ordinary made strange”. Fleeting visual and physical experiences are referenced through the combination of divergent materials – such as industrial fencing – with delicate coloured fabric. The work produced for The Floating World is inspired by her travels in Asia, creating an enigmatic landscape of chance incidents and encounters.
Our website uses Google Analytics to track visitors anonymously, which helps us improve your experience. You can opt out of tracking at any time via our Privacy page. Otherwise, we’ll assume you’re OK to continue.
I'm fine with this Learn more