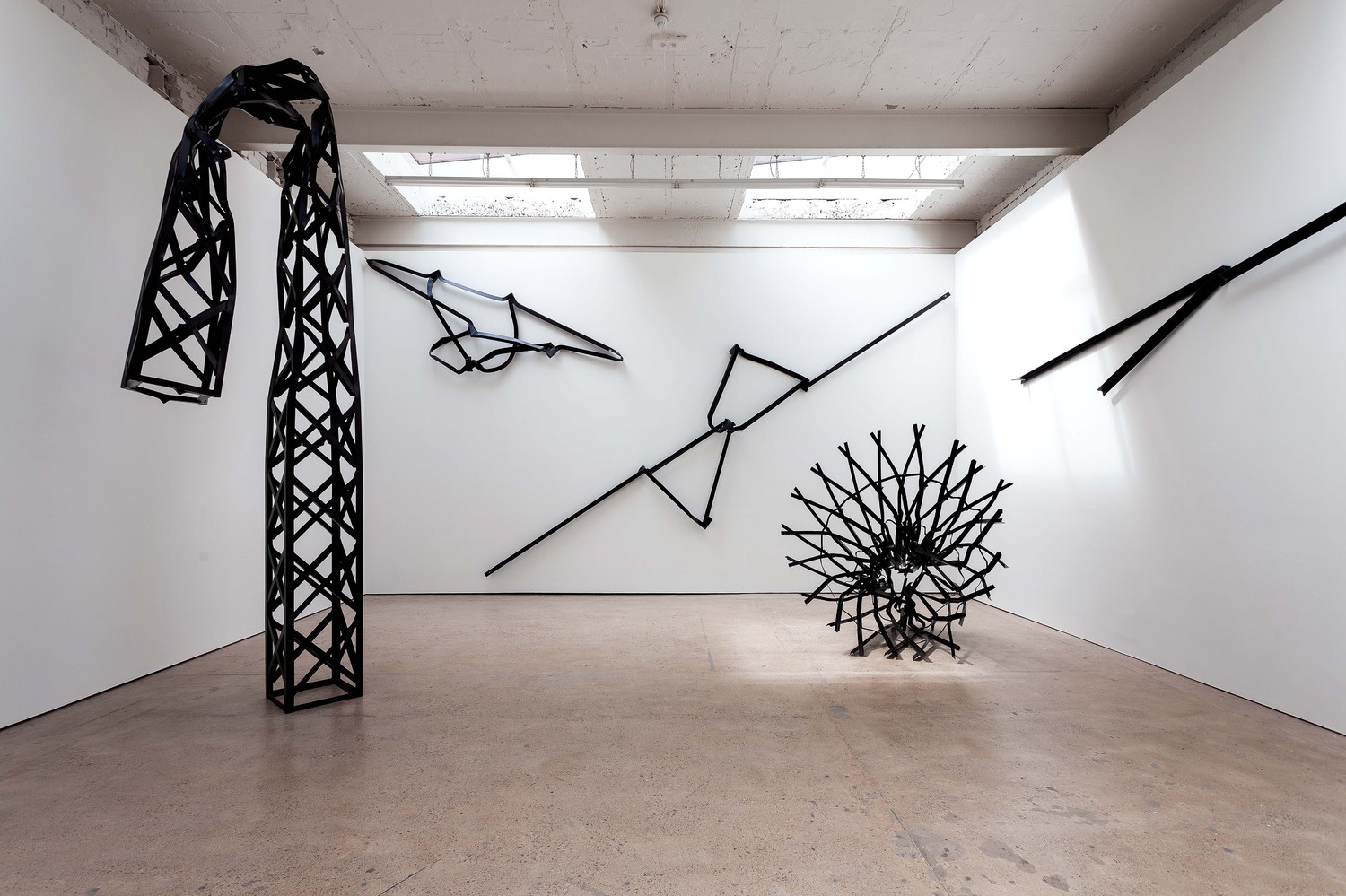 Presenting her fifth solo exhibition at The Modern Institute, Warsaw-based artist Monika Sosnowska‚Äôs large-scale sculptures will occupy both the gallery‚Äôs Aird‚Äôs Lane location and outside green-space. Continuing her interest in the lived landscapes of the urbanised world, Sosnowska‚Äôs new work draws direct inspiration from recent research trips to Russia (notably to view the surviving structures of pioneering Russian Engineer, Vladimir Shukhov (1853 ‚Äì 1939)), creating a body of work that expands upon her negotiation of our complex physical and psychological use of space.

Replicating real-sized architectural forms ‚Äì Sosnowska distorts and fatigues* her industrial material, creating disorientating, constructions whose curtailed and compressed shapes bend as if weathered by the demands of historical time. The structural impossibility of her work highlights a point of departure, as the functionality and rationality of architecture gives way to the uncertainty and – perhaps even – absurdity of sculpture.

Throughout her practice Sosnowska has consistently engaged with the wider context of aesthetic and cultural change within former Eastern Europe states. As the influence of various conflicting modernisms and socialist ideals faded, so too, the utilitarian certainty and utopian promise of its architecture waned – disused, demolished and replaced ‚Äì the physical markers that defined a place and time, discarded by the momentum of advancement.

Indeed, as the allegory of progress dictates – ground-breaking achievement paves the way for its own obsolescence, yet as Sosnowska‚Äôs work posits – perhaps this constant breakthrough should not be conflated with consistent betterment. In Sosnowska‚Äôs work we see a visualisation of the pitfalls of progress unvetted by consequence, her works ambivalence to change reflects on the folly of the all-consuming modernist paradigm.

*Metal fatigue is a weakening of metal due to stress, resulting in an accumulation of small cracks. Caused by repeatedly applied loads. It is the progressive and localised structural damage that occurs when a material is subjected to cyclic loading.