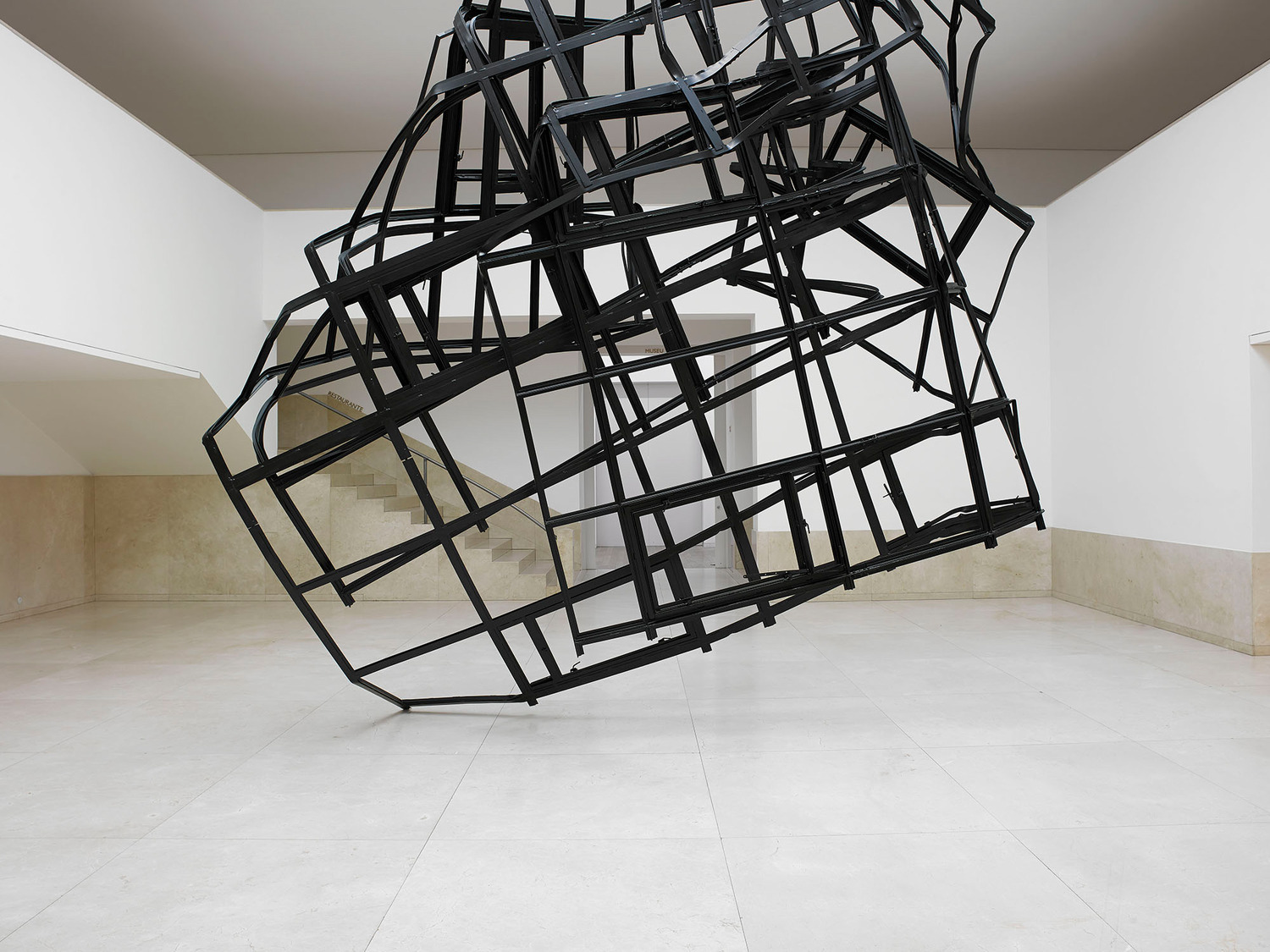 The Serralves Museum of Contemporary Art presents a major survey of the sculptural works of Monika Sosnowska (Ryki, Poland, 1972). This is the first exhibition in Portugal devoted to the artist’s work and reflects the Museum’s commitment to artists whose work can respond to the unique context of Serralves.

‘Architectonisation’ has been conceived in dialogue with the architecture of the Serralves Museum designed by Álvaro Siza. Presented over seven of its largest galleries, the Museum atrium and the exterior Pátio da Adelina in a progression of installations and objects made between 2003 until the present, the exhibition reveals in breathtaking form, the elaboration of an artist who thinks sculpture. Among the works included are early corridor and pavilion structures that create alternative spatial routes that rely on the viewer’s movement through them, free-standing sculptures and sculptural interventions that allude to collapse and the fragment, and large-scale wrought iron works composed of structural elements for buildings on a scale of one to one, that are melded into suspended, draped and shifting forms in space to monumental effect. Smaller-scaled spatial propositions, both abstract and functional, reveal Sosnowska’s attention to the details of materials and forms as both investigative and deeply human. – See more at: http://www.serralves.pt/en/thinking/visit/guided-tours-in-portuguese-sign-language//activities/monika-sosnowska-architectonisation/#sthash.a84SdT1L.dpuf