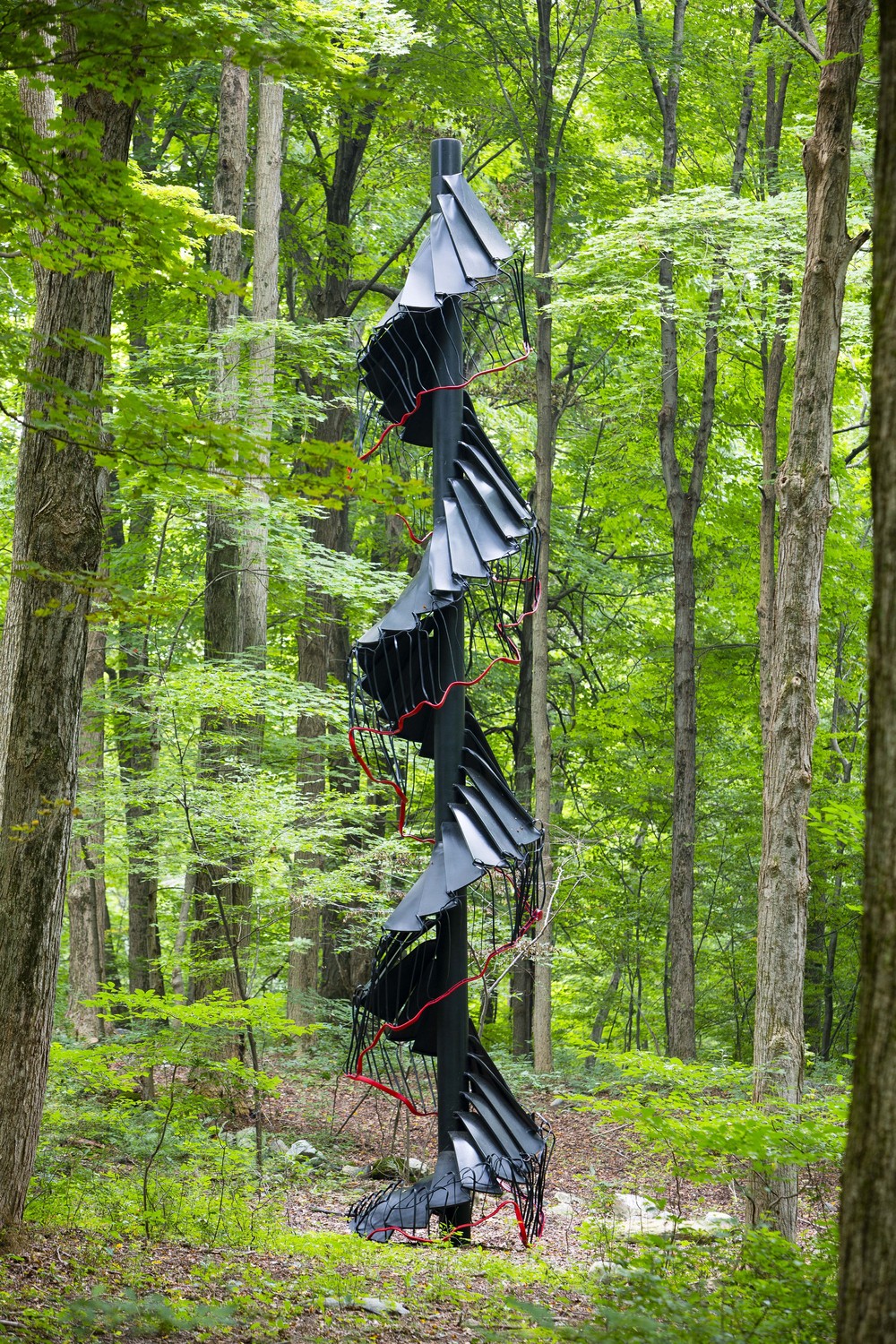 Drawing from the architectural history of communist-era Poland, Monika Sosnowska’s sculpture Fir Tree reimagines the external staircase of a Socialist housing block as a 40-foot tall sculpture first installed at Doris C. Freedman Plaza and now installed in a private collection in Standfordville in New York. Fir Tree built on Sosnowska’s previous works exploring the architectural features and domestic spaces of her native Poland—many of which continue to elicit strong emotions. Similar to her 2010 sculpture, The Staircase, which was installed in an external atrium at K21 in Düsseldorf, this work began with a functional staircase, replete with red PVC handrail. Using pulleys, cranes, and other industrial machines, Sosnowska manipulates the familiar form, pulling and bending it to achieve a new state. Reminiscent of an evergreen tree with its heavy branches bowing toward the ground, the tall, slender form soars above the Plaza, marking the transition from dense urban space to cultivated landscape.