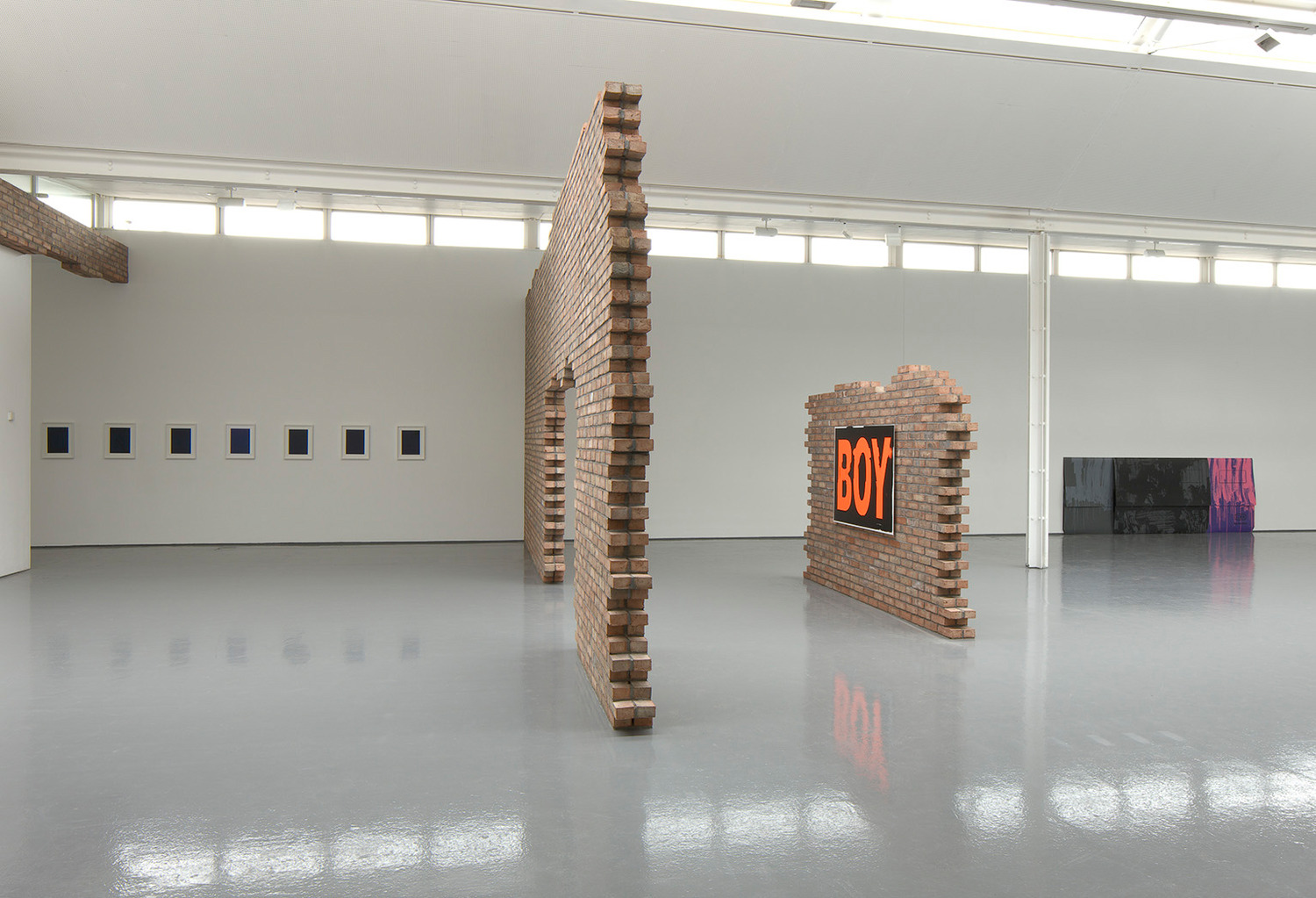 This is the first major UK solo show for the Dundee born and educated artist Scott Myles, marking 15 years since he graduated from Duncan of Jordanstone College of Art and Design. This Production features significant new works including an expansive site-specific installation, new sculptures and a body of work produced with DCA Print Studio.

Displaced Façade (for DCA) is a dramatic new large-scale installation made from bricks that references built architecture and personal memory. Myles has created a brick wall separated into three segmented parts that align to appear as one complete structure depending on the viewers perspective. Analysis (Mirror) is a new sculpture consisting of bus shelters upturned one upon the other and painted with a highly reflective paint. An ongoing series of wall-based sculptures take their form from manilla document folders Myles himself uses in his studio. These have been enlarged to the artists height of 194cm, thus setting them in relation to the artists body while making reference to containers and systems of index.

Scott Myles was born in Dundee in 1975 and currently lives and works in Glasgow. He has exhibited widely across Europe and North America and his works are held in public collections including Tate, London; MoMA, New York; Scottish National Gallery of Modern Art, Edinburgh; and GoMA, Glasgow.

Displaced Façade (for DCA) was built by apprentices from Angus College with the generous support of Ibstock Brick Ltd, who donated the bricks for the project, and was supported by local and national employers who have released the apprentices to work on the artworks construction.