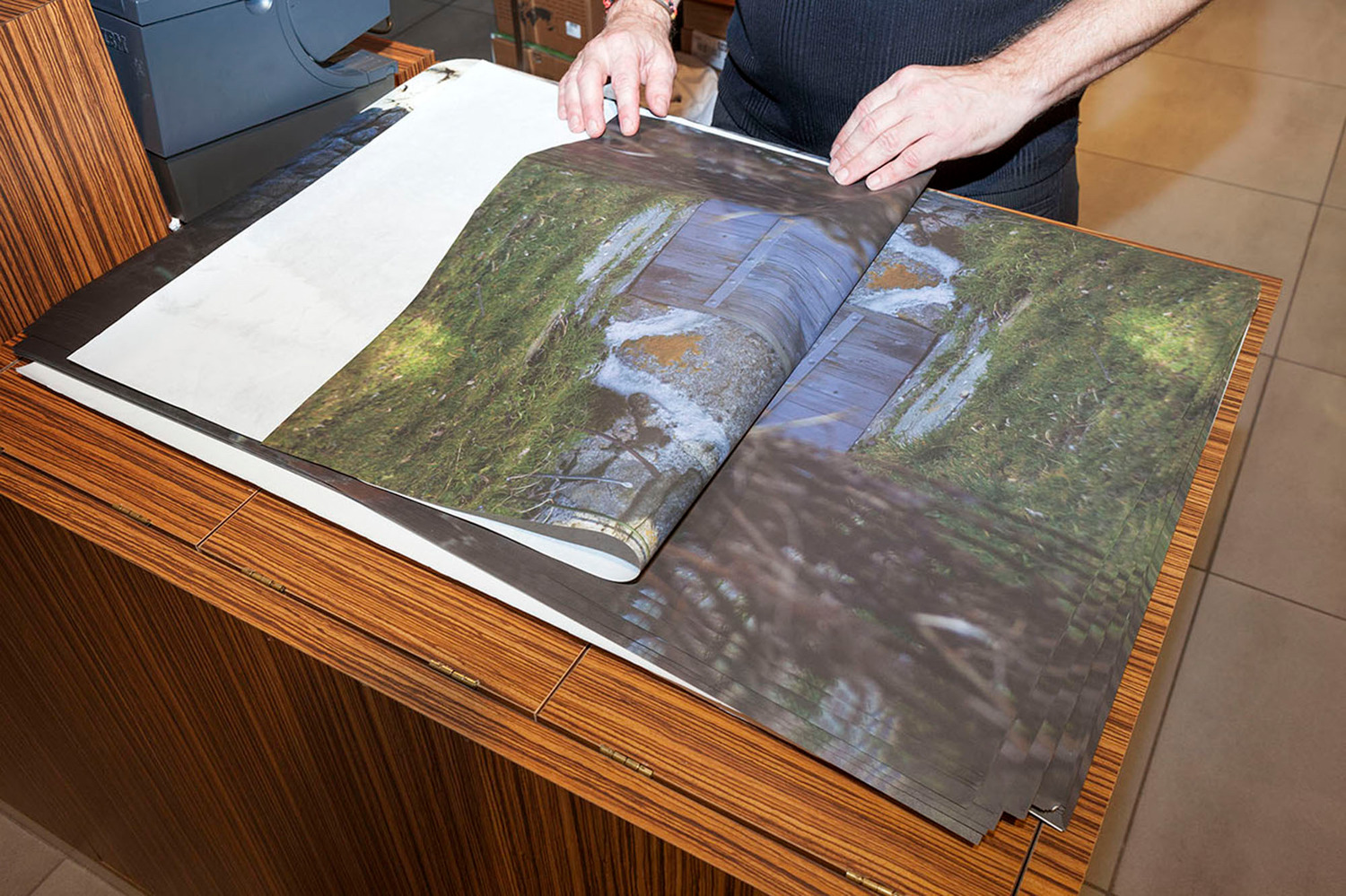 The action of layering ideas and materials is inherent within my artistic practice, and for Potlatch I wish to initiate a subtle intervention that involves the wrapping and containment of objects, and the gifting of an artwork within a situation of commerce. Potlatch entails the temporary replacement of the white tissue paper used to wrap purchased goods in Lafayette Maison with stacks printed with twelve colour photographs that I took of Guy Debord’s home in Champot. Participation in the project occurs when someone purchases goods in the department store.

Guy Debord (1932-1994) co-founded the revolutionary organization l’Internationale Situationiste which spanned 1957-1972. Debord is most famous for writing his book The Society of the Spectacle (1967), however my act of wrapping echoes Guy Debord’s earlier output in which the theorist famously wrapped his ﬁrst book Mémoires (1959) in sandpaper, with the sole intention of destroying other books it came into contact with.

The term “Potlatch” refers to a Native American practice of gift exchange, whereby tribes vie to outdo one another through an action of giving away their wealth. It is also the name of the Lettrist International bulletin that was published between 1954 and 1957, and to which Debord contributed. Like Debord, Potlatch has cultural and intellectual currency.

The work Potlatch not only addresses how objects and images can gain new personal and social meanings through the act of being layered and exchanged as gifts. It also proposes a meeting between two antagonistic entities connected by ideas of homeliness and iconicism: the country house of a leading, dissident intellectual ﬁgure on the one hand, and the home section of a renowned department store on the other. How one might respond is left open ended.