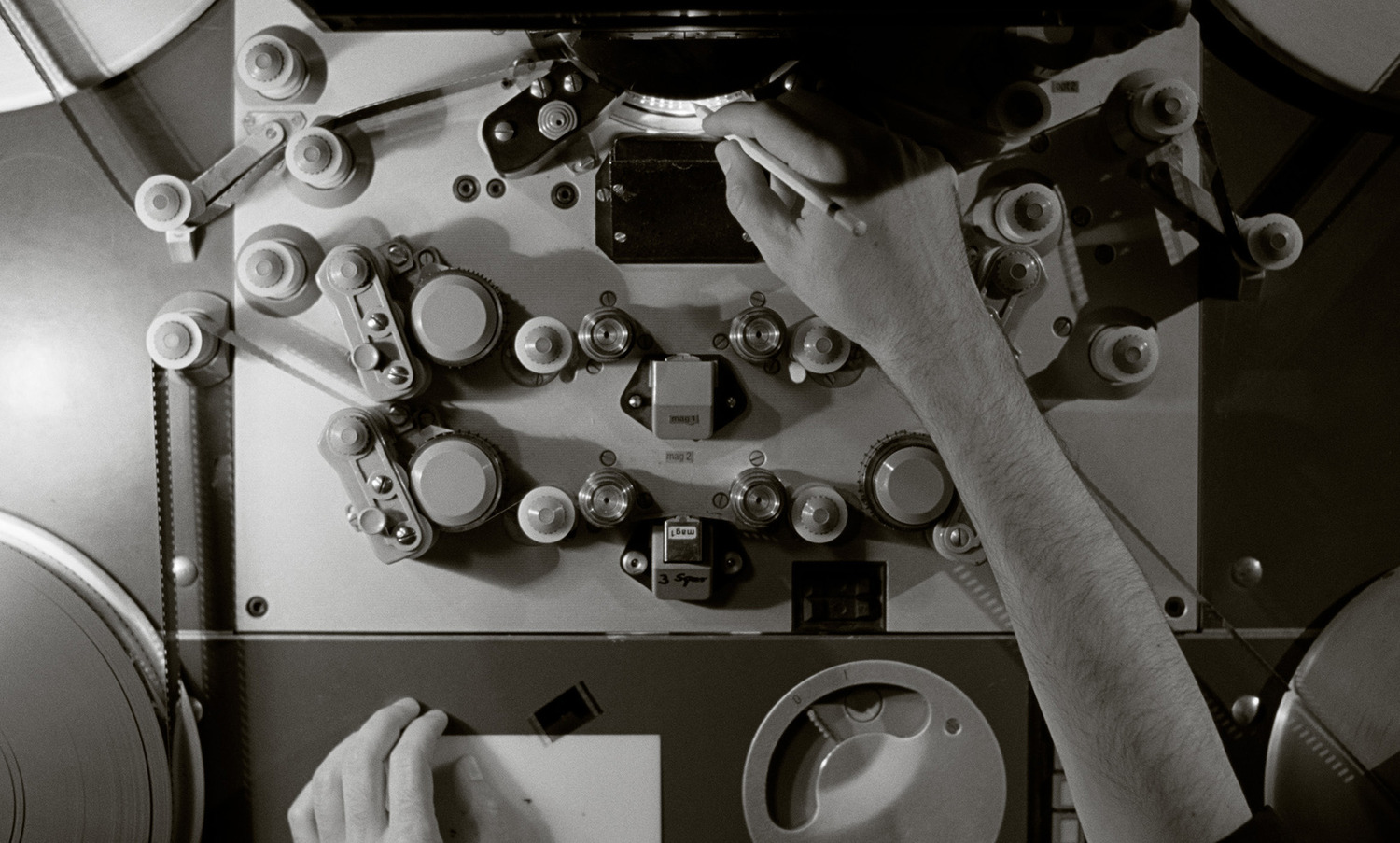 The film Black Drop unfolds in a 35mm editing suite as an editor tries to bring structure and understanding to a varied array of material including: footage made on location in Hawaii and Tahiti on the occasion of the June 2012 transit of Venus, archive material, and ultimately footage of himself editing. As the editor cuts and splices the complex narrative unfolds. The film tells the story of the relationship between astronomy, photography and the beginnings of moving image technology. Predicated on the idea that the 2012 transit may be the last to be recorded on celluloid (the next transit will occur in 2117), Black Drop tracks the development of the French astronomer, Jules Janssen’s innovative photographic revolver – a device that was designed to counter human error in timing the crucial moments of Venus’ contact with the edge of the sun, and was influential in the development of Etienne Jules Marey’s photographic rifle and the Lumiére Brother’s cinematograph. The accompanying sculpture Venus Mirrors (05/06/2012, Hawaii & Tahiti Inverted) consists of two large telescope mirrors that represent the 2012 transit of Venus as it was observed in June of this year from two historically significant observational sites in the Pacific Ocean. The small differences in the position of the transit – as observed when the viewer overlays the reflection of one mirror onto the other – were the basis for attempts to calculate the mean earth – sun distance, the astronomical unit.