Simon Starling
‘Project for A Public Sculpture (After Thomas Annan)’ 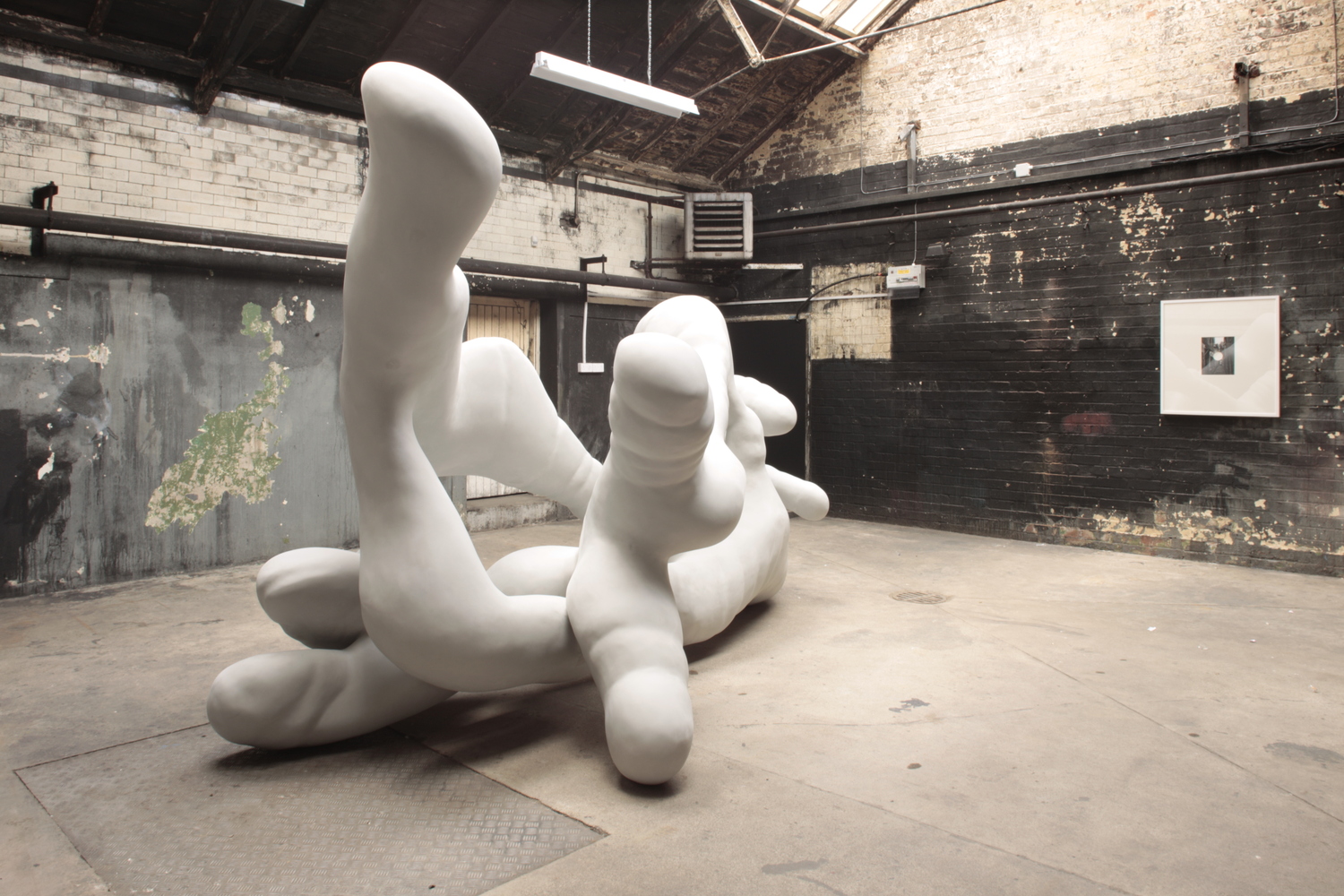 Project for a Public Sculpture (After Thomas Annan) was developed in part as a response to the uses and abuses of the visual arts as an instrument of the ongoing urban renewal of Glasgow. The project takes the form of a life-sized model or casting pattern for a large-scale public sculpture. The model, which at first glance reassembles a generic modernist, abstract sculpture, was generated from a microscopic image-fragment, a single silver particle from a traditional gelatin silver photographic print, which has been enlarged 10 million times.

The site for the exhibition, a soon-to-be-demolished, semi-derelict, public baths and wash house on Osborne Street, was built in 1894 by the Office of Public Works as part of the process of urban renewal that transformed the slums of the Glasgow Cross area following the intervention of the ‘City Improvement Trust’. In 1866 the Trust commissioned the Scottish photographer Thomas Annan (1829 – 1887) to document the closes around the Saltmarket, High Street, Gallowgate and Bridgegate. These unprecedented documentary photographs marked a period of intense overcrowding, unsanitary conditions and disease in large areas of a city whose population had grown five-fold in the preceding 60 years.

Project for a Public Sculpture… began with the reprinting of an image of Close No. 101, High Street, Glasgow from one of the original glass-plate negatives produced by Thomas Annan in 1866. A circular section of the resulting print was then cut away and stripped of its silver particles, each individually marked by their exposure to Annan’s negative. A single silver particle (400 nanometres in length) was then identified and repeatedly scanned from different angles in a Transmitting Electron Microscope at the Department of Infection & Immunity, University of Glasgow, in order to build up a 3D model or ‘tomograph’ of the particle. This ‘virtual’ model was then once again given physical form, albeit hugely magnified, by a computer guided milling machine. The resulting sculpture will be exhibited along with the ‘holed’ Thomas Annan image in what remains of the public baths.