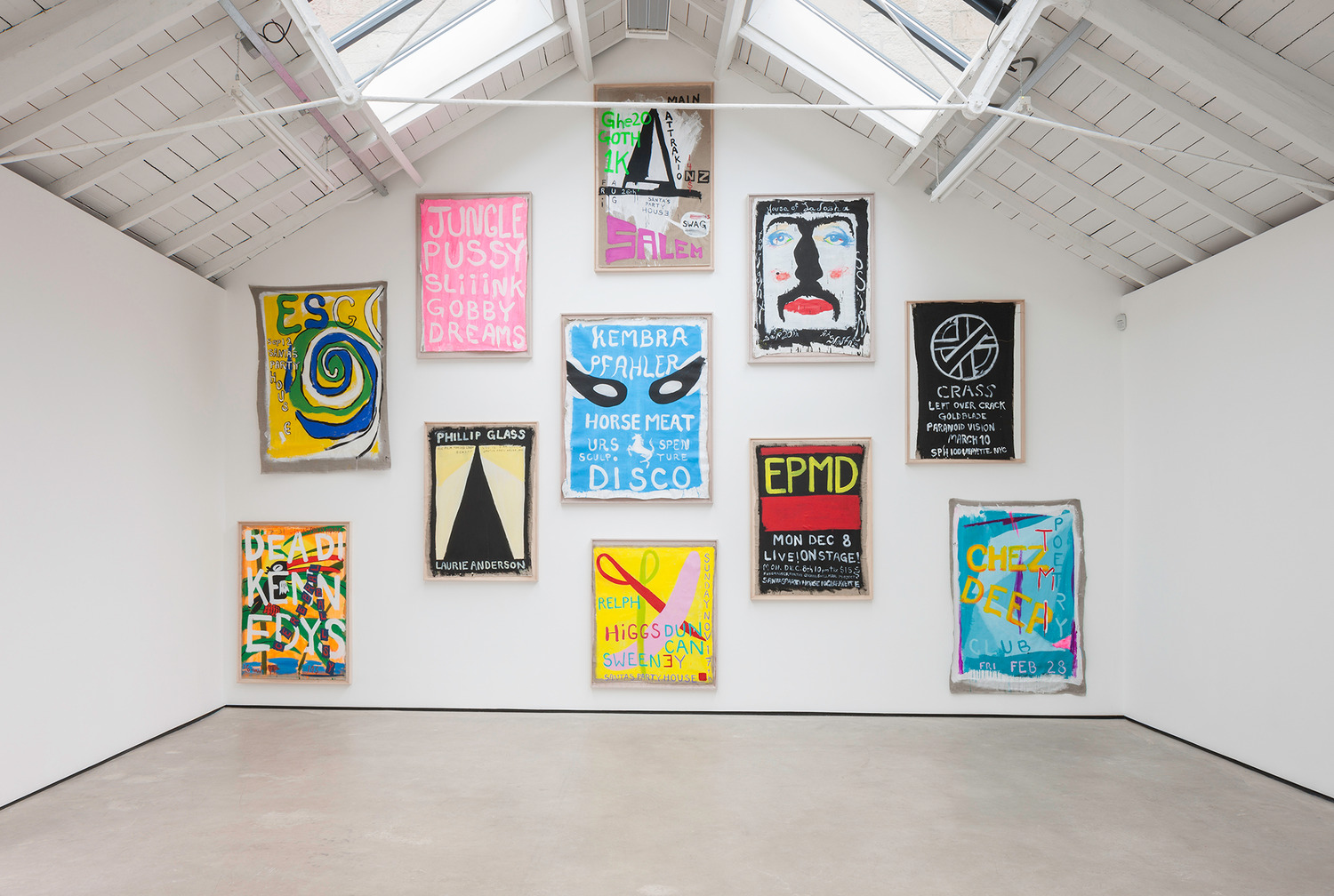 The Modern Institute is delighted to present a solo exhibition of new works by New York based artist Spencer Sweeney. Sweeney’s practice is underpinned by varied methodology and reciprocity of influence. Moving across genres and styles within visual art, music and performance, Sweeney draws from the energy and diversity of life experiences.

For Sweeney’s first solo exhibition in the UK since 2008, ‘Monads’ presents a body of new paintings on linen. Typified by the amalgamation or bringing together of forms and influences, Sweeney’s works provide an environment for disparate sources to overlap and interconnect. Several paintings portray abstracted representations of Sweeney’s friends and acquaintances; employing a gestural distortion of painted marks and a wide palette of colours these paintings depict mask-like faces and figurative forms. Through a process of instinctively re-working and adapting his compositions, Sweeney allows different characteristics and personas to unfold. These transformations are performative and experimental in nature, formulating a reactive convergence between the influences within Sweeney’s art and his life.

An integral element within the realisation of Sweeney’s practice is through his New York nightclub, Santos Party House, which Sweeny co-owns with Andrew W.K. The eclectic mix Santos presents, shows a disregard for boundaries of genre and allows creativity to flow through many channels – music, visuals, light, decoration, environment and social interaction. Taking from this basis, Sweeney has installed a series of works titled ‘Party Paintings’, these are paintings he produces to let people know about different shows and parties that happen at Santos, such as “Horse Meat Disco” or “House of Ladosha”. Coinciding with ‘Monads’ Sweeney has invited ‘Chez Deep’, the drag sisterhood based in New York to perform at the exhibition’s after-party.

Through such means Sweeney reconsiders art through shared social involvement – as suggested by the exhibitions title, ‘Monads’ presents plurality over singularity, a coming together of individual components.