Sue Tompkins ‘All the Time’ 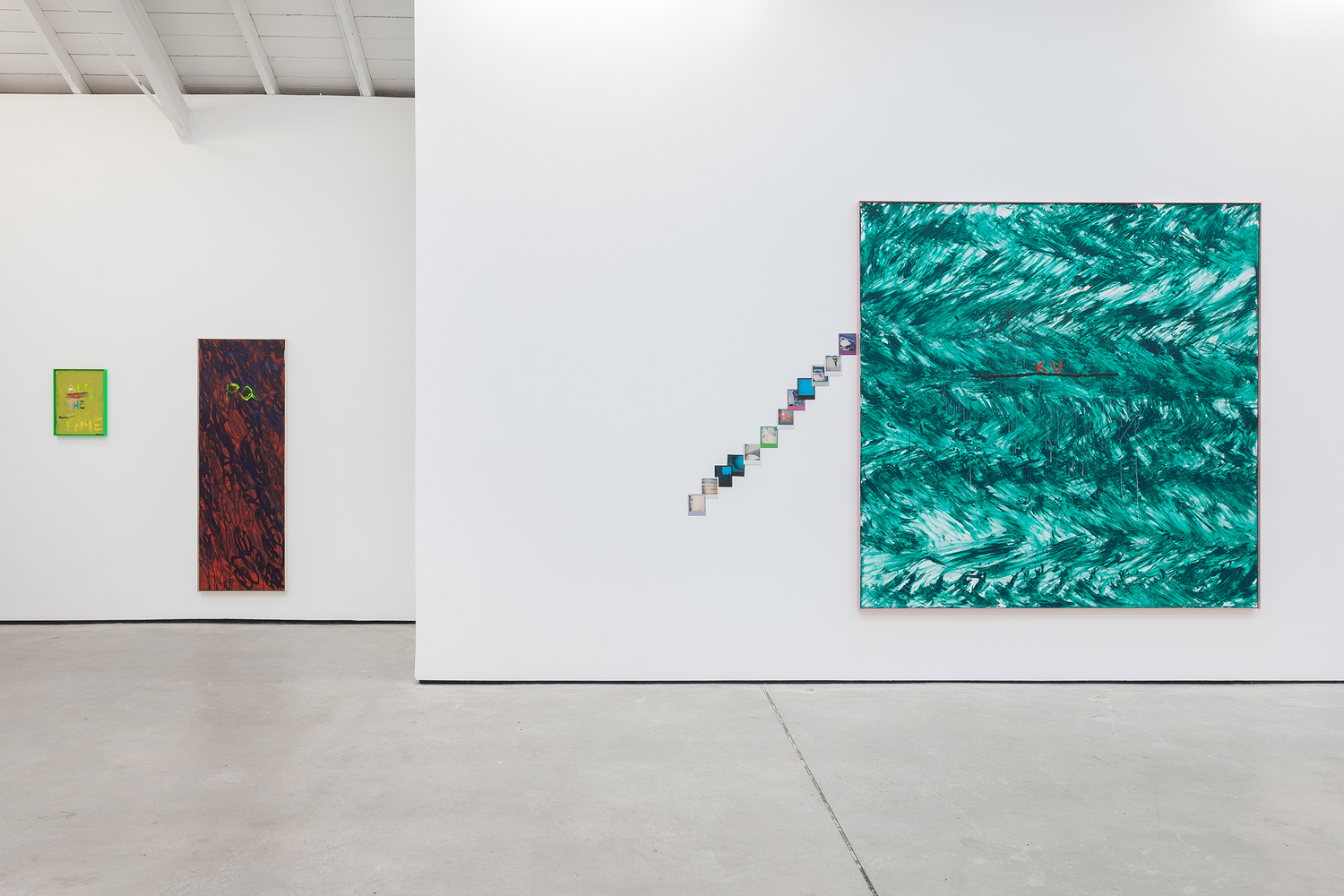 ‘All the Time’ marks the 6th solo exhibition at The Modern Institute by Glasgow-based artist, Sue Tompkins. At the root of Tompkins’ practice is her interest in language – how we utilise speech, through words and gestures as a form of personal expression. Tompkins has addressed and investigated this through live performance, text-based works and paintings. Incorporating fragments of conversation, words or phrases from everyday encounters, language is distorted and re-arranged within Tompkins’ work.

Within brightly hued metal frames, a new series of canvases are installed in the gallery’s Osborne Street location. Each painting is produced with Tompkins applying paint on the canvas most often directly with her hands, drawing out repetitive slants, diagonals and circular motions. The dynamic, gestural nature of the paintings can be viewed as an extension of her movements and the changes in pace, echoing Tompkins’ energetic delivery of live performances. Hints of words and disparate letters make their way on to the canvases, teasing out meaning and intention, which imply indirectly (and perhaps covertly) that the paintings are made with someone in mind, or the memory of a particular time. But, representative of Tompkins’ intuitive approach, this is visualised in a more abstracted manner, a product of her receptiveness and allowance of time spent in the studio to direct the pieces – a freely associative streak that often characterises her practice. Shifting in scale, large canvases are interspersed with smaller paintings and Polaroid photographs, creating a visual rhythm within the space much akin to how Tompkins creates rhythm with language and words, using repetition and patterns. A newly developed body of Polaroid photographs are hung free of framing, sitting tightly next to the edge of the paintings and extending further on the wall from either side, overlaid on top of one another. These recorded encounters and everyday moments she orders, repeats and stacks, can be seen much like the collected fragments of speech and language Tompkins weaves and interjects within her work, in her investigation into how we articulate ourselves.

Sue Tompkins (b. 1971 Leighton Buzzard; Lives and works in Glasgow). Tompkins graduated from the Glasgow School of Art in 1994, and has been involved in exhibitions and performances worldwide.