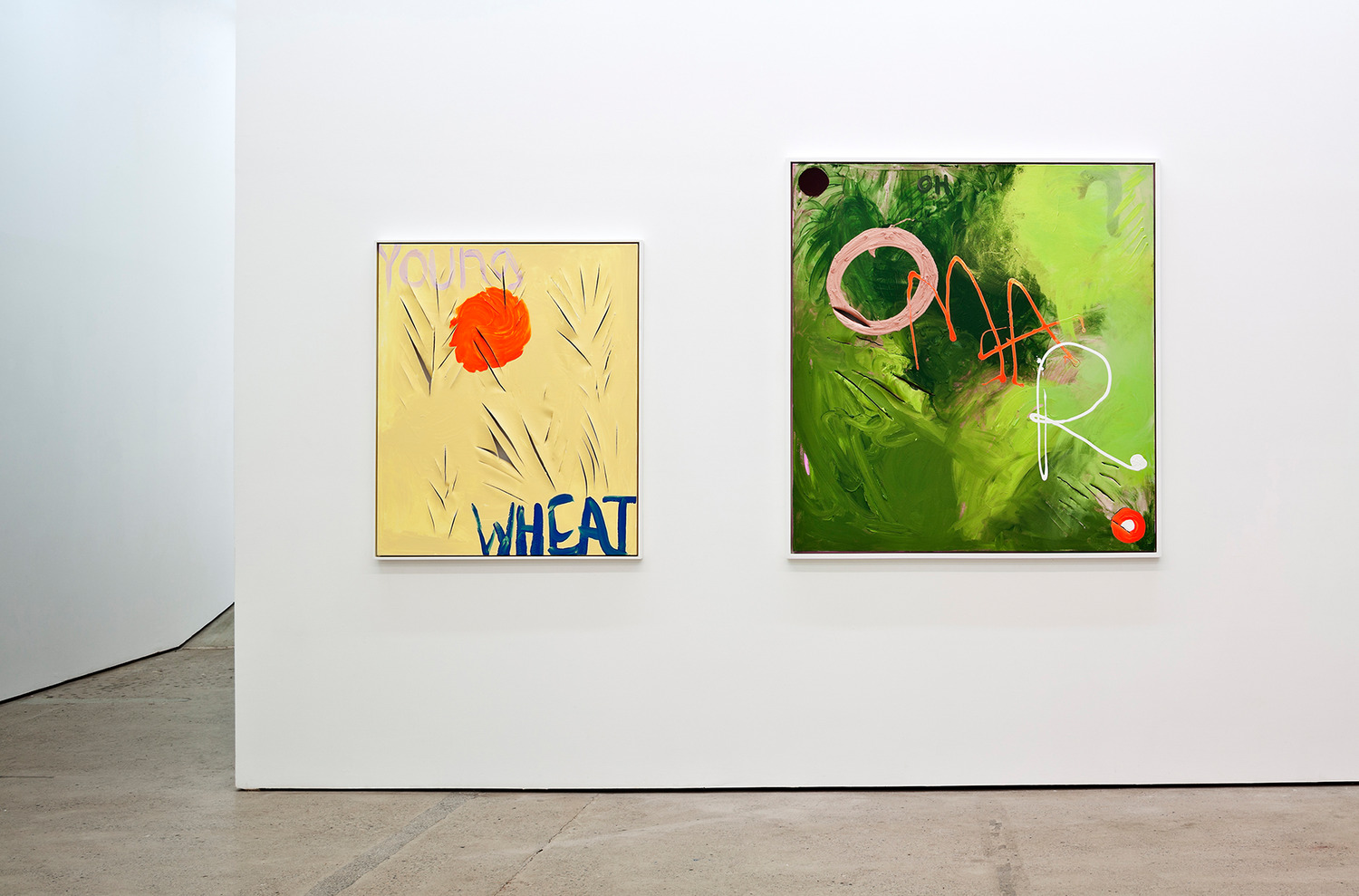 The Modern Institute are delighted to present, ‘Expressions’ an exhibition of new paintings and performance by Sue Tompkins. The exhibition runs from 07 September until 02 November 2013. There will be a preview evening on Friday 06 September from 7pm until 9pm. During the preview evening, at 8:30pm Tompkins will perform her new piece ‘Letherin through the grille’.
Tompkins’ practice is lead by an enquiry into language and personal expression, through the spoken, sung, and written word. Over several years this has incorporated text, sound, installation and live performance. Addressing language in visual and spatial terms Tompkins works with the fragments of words, phrases and lyrics gathered from everyday encounters and experiences. By an almost rhythmical accumulation of words – ordered, interrupted and repeated – Tompkins allows us to experience the flow of language in state of flux – both open ended and closed – paused, re-mixed and undone.
For Tompkins’ fourth exhibition with The Modern Institute, she is presenting several new paintings on canvas. Working intensely over recent months Tompkins has produced paintings of mainly large-scale, each presenting text within a field of varying colours, patterns and representations. Utilising a medium the artist is perhaps less familiar with has become central to the process of honest expression and experimentation. These new pieces often draw parallels with Tompkins’ works on paper.
Text is both the focus and subject matter of Tompkins’ paintings, framing a context within which the viewer can play a part. Working on each canvas horizontally on the floor, applying the paint liberally with her hands, pushing and pulling it across the canvas’ surface, repeating shapes and patterns, gathering at points and warring thin in others. Beginning with a selection of fragments of words, the processes of painting these on to the canvas with her hands becomes the point of re-editing. Dictated by the feeling of the painting Tompkins’s plays with familiar everyday words, ‘Jobs’ or ‘Move’, alongside random couplings and possible acronyms, ‘Young Wheat’ and ‘OFA’.

Rather than acting as a background to the text, Tompkins’ use of paint is integral to the relaying or distortion of the words meaning. Inhabiting the spaces between the words, Tompkins plays with the paint freely and in an associative manner.
In response to the spatial restrictions imposed by the canvas, Tompkins has cut the surface of several of the paintings figuratively with a scalpel blade, by doing so, she intends to allow air, light and space to become part of the painting – creating a form rhythmical composition.
On a series of smaller pieces, Tompkins has structured each by a painted horizon. Coupled with the use of text, through both single words and phrases, these works suggest a sense of place. Grouped together on the wall these paintings could piece together a sentence or a story, like a chain of reflecting scenes.
As part of the exhibition Tompkins will perform her new piece ‘Letherin through the grille’ during the preview evening. Creating a new verb like word: ‘Letherin’ could also be interpreted as ‘Let-her-in’. Alluding to the way a voice could carry through gaps, windows and grills. Through an expression of singing and speech, Tompkins asks us to let her, or someone in, both metaphorically and emotionally.

Sue Tompkins (b.1971, Leighton Buzzard, UK) lives and works in Glasgow. Tompkins graduated from the Glasgow School of Art in 1994, and has been involved in exhibitions and performances worldwide. Selected solo exhibitions include: ‘Skype Wont Do’, Diana Stitger, Amsterdam (2013); ‘Its chiming in Normaltown’, Midway Contemporary Art, Minneapolis (2012); The Modern Institute, Glasgow (2011); Inverleith House, Edinburgh (2011); ‘Salute to the Dataday’, Contemporary Art Museum, St. Louis (2009); and ‘In the zone of your eyes’ (with Hayley Tompkins), West London projects, London (2005)
She has presented performances and been included in numerous group exhibitions including those at: Bregenzer Kunstverein, Bregenz; Turner Contemporary, Margate; Wysing Arts Centre, Cambridge; the 29th São Paolo Biennale, São Paolo; the British Art Show 7 at the Hayward Gallery, London and touring; MACBA, Barcelona; Spike Island, Bristol; ICA, Whitechapel and Tate Modern, London; Frankfurter Kunstverein, Frankfurt; and Artists Space, New York.
Tompkins recently produced the web-based project, ‘My Kind Book’ with Dia Art Foundation, New York (2012), and has a collaborative publication with her twin sister Hayley Tompkins, ‘through and through’, published by LemonMelon in 2013.
Tompkins was shortlisted for the Beck’s Futures Prize in 2006, and received the Paul Hamlyn Award in 2011. She was formerly a member of the Glasgow based art collective ‘Elizabeth Go’, and the band ‘Life Without Buildings’.