Sue Tompkins ‘Its chiming in Normaltown’ 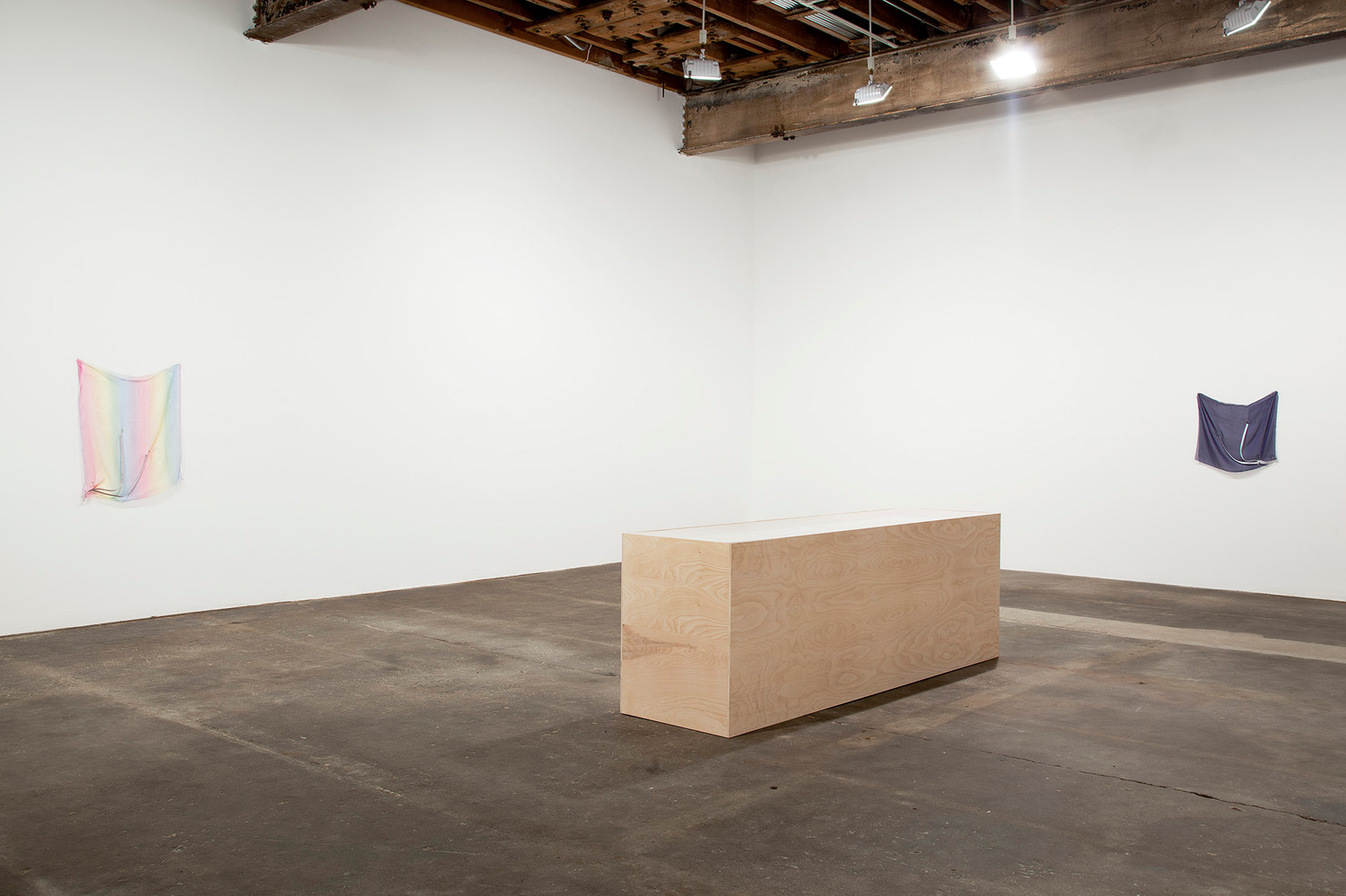 Sue Tompkins is a Glasgow-based artist whose practice is rooted in the spoken, sung, and written word. Over the past number of years this has included installations of works on paper, live performances and her brief tenure with the now-defunct Scottish band Life Without Buildings.

Its chiming in Normaltown includes a new series of works on paper and fabric, presented in two installations – titled Seventh Impression and L**E like Readymix Paint – in adjacent galleries. A Tompkins exhibition reframes our experience of language in visual and spatial terms. A collector of phrases, words, and lyrics, she plays with fragments of language, distorting meaning through stuttering, repetition, and interruption; text is fused and broken apart, paused, remixed. Even within this free verse, loose and temporary structures take hold in a kind of a punk classicism.

In her recent text-based newsprint pieces, Tompkins uses a typewriter to generate columns and rows of glyphs that build up in typographical fields, patterns, and visual detritus, adding a more pictorial dimension to her works. Previously isolated words and phrases have a new context in rows of asterisks, parenthesis, backslashes and repeated letters. These symbols behave in all sorts of ways, becoming funny ideograms for rain, or flooding the page with a dense field of stars. In other works, such as past of run, the vibrating tension between graphic patterns serves to amplify the earnestness of the text. These elegant constellations of marks on the page draw further associations as she places them in installations where the relationships between the pieces themselves creates a halting sense of rhythm, in which rests and pauses open up a multitude of vantage points from which to read and see the work.

Her most recent works of delicate silk chiffon and organza are transparent fragments of color that draw on her background as a painter and resonate with the emotion of her text-based pieces. The only structural elements she provides these frayed remnants are single strips of zippers, provisionally pinned to the surface, either splayed open or fixed closed. Like her performances, these works have a gauzy cinematic quality; they find themselves lost in a dream-like state.