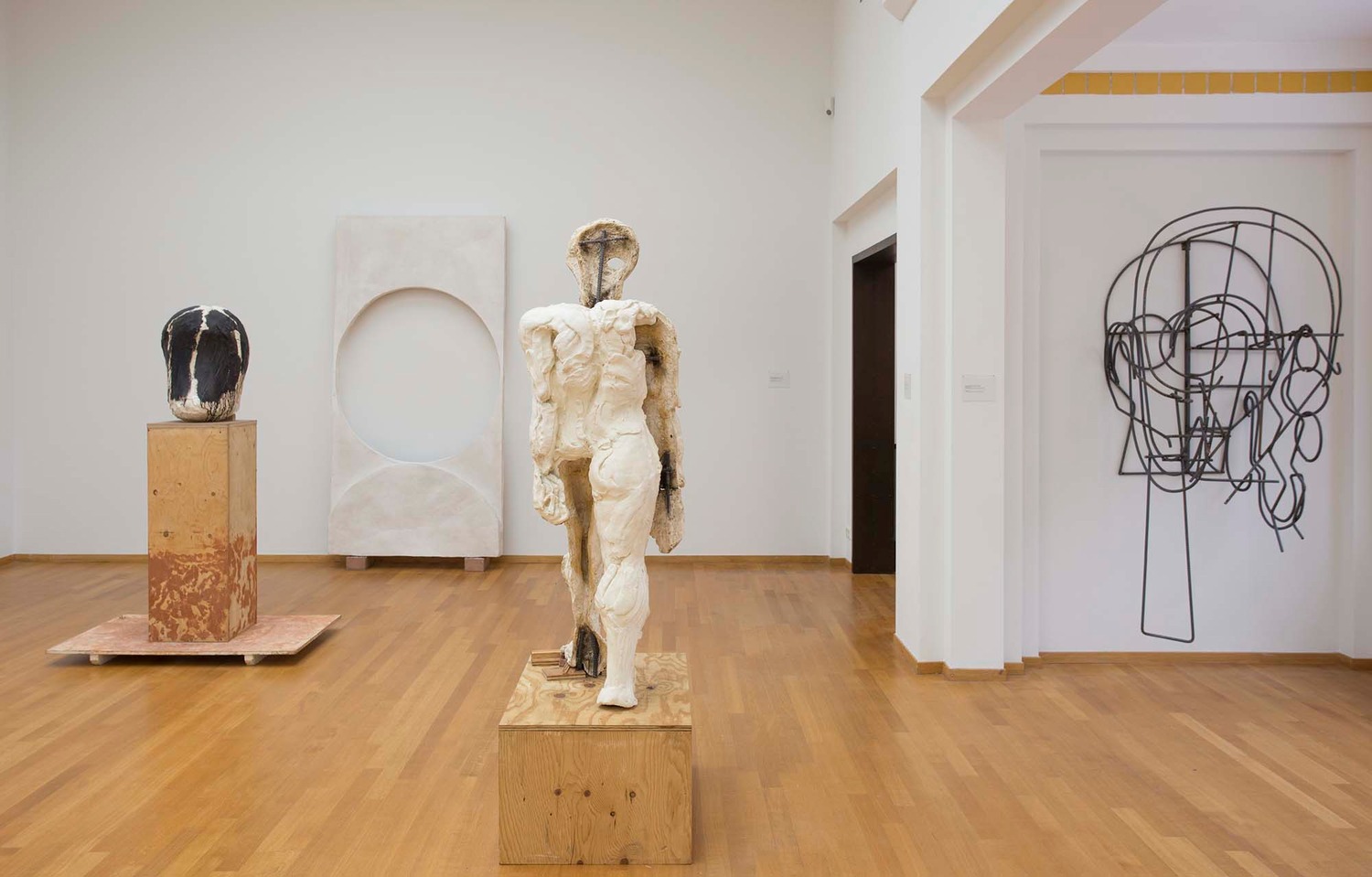 The monumental figures of British sculptor Thomas Houseago (b. Leeds, 1972) show clear traces of their making: a pencil line from an underlying drawing, a bit of iron protruding from the structure or vigorous fingerprints in the clay. Natural human forms form the basis of his dynamic sculptures. The exhibition in the Gemeentemuseum’s Projects Gallery shows Houseago’s heads on plinths, masks, reliefs, and freestanding sculptures. By including studio sketches (both drawings and plaster models) alongside the sculptures and reliefs, the display will not only give a sense of the sculptor’s day-to-day exploration of and struggle with his medium, but also highlight the tension between power and fragility in his work.

Working with extraordinary energy, Thomas Houseago transforms materials like clay, plaster and bronze into surreal golem-like creatures. It is impossible to look at his work without thinking of the golem, an entity formed of clay and – according to an ancient Jewish legend – brought to life by a rabbi. Houseago’s figures are imperfect beings. Part human, part creature. Anonymous but animate. Fearful but somehow familiar. Houseago wants his oeuvre to be a monument to authentic human experience in a culture in which our idea of the human body is dictated by the stylised images conveyed by magazines, TV programmes and films. Houseago’s work is an ardent plea for the continuance of the age-old medium of sculpture.

The human body and humanity are key concerns in all Houseago’s work. Perfection is not his aim; he works in a rough, direct manner to show how a body feels, moves and is constructed. While consciously working in a long sculptural tradition that includes exponents like August Rodin, Medardo Rosso, Pablo Picasso and Henry Moore, he has nevertheless developed an entirely individual look by using an unusual combination of materials, creating interactions between two- and three-dimensional elements, and merging sculptural traditions and mythological themes with aspects of popular culture.

This show in the Projects Gallery features a combination of very early work and more recent sculptures. His period studying at De Ateliers in Amsterdam is a crucial point of departure for the works in the show, most markedly reflected in his early work ‘Head of a Golem.’ The new pieces created specifically for this exhibition consciously refer back to this crucial ‘Dutch’ period, during which Houseago was coached by artists like Marlene Dumas and Jan Dibbets.

Before his period at De Ateliers, Thomas Houseago trained at Central Saint Martins School of Art in London. After it, he lived and worked for some years in Brussels before moving to Los Angeles, California.