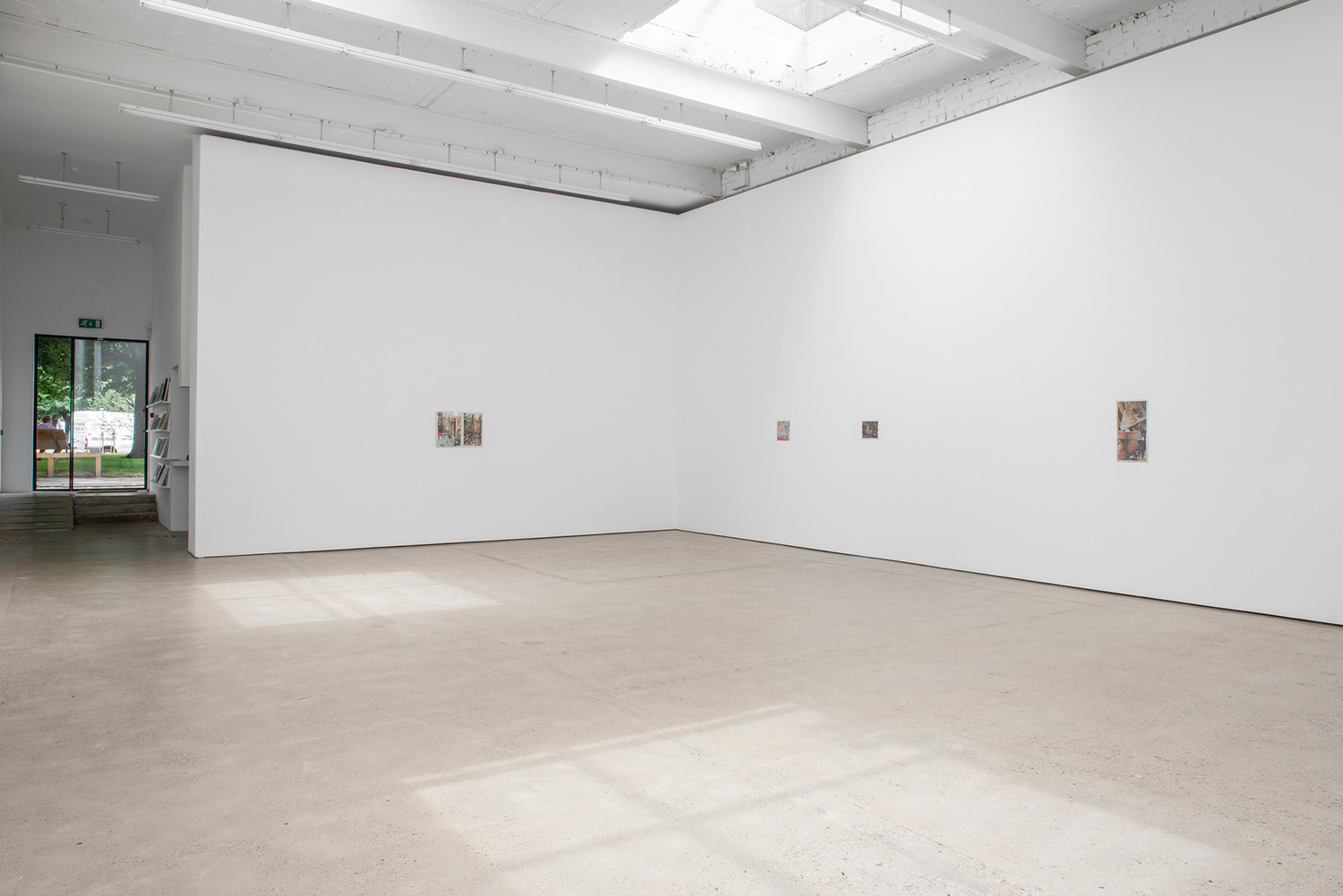 Tony Swain’s paintings primarily occur on the surface of sheets of newspaper. Using this material support as a space in which to reconfigure and overpaint the original content, Swain replaces, blends, and obscures printed images with painted ones. His paintings weave together fantastical scenes and representations through a method that encompasses image repetition, multiple layers of paint over the printed page, and a stitching together of newspaper pieces to create extraordinary, fragmented compositions. Some of the imagery encountered in Swain’s paintings includes landscapes, cityscapes, seascapes and interiors, alongside more abstract configurations, generated from the expectation of narrative. In each, an equilibrium between the painted scene and the newspaper’s original content is reached – allowing the registration marks, colour bars and the printed text from the verso of the page to be left partially visible within the painting. Swain simultaneously uses the newspaper’s photographs as key points for embellishment and painted images – ‘a synthesis of document and imagination, external fact and internal thought’.

For The Shorter Alphabet Swain has produced several new paintings on pieced newspaper, following on from two recent solo presentations at the Baltic Centre for Contemporary Art, Gateshead and Kunstverein Freiburg.