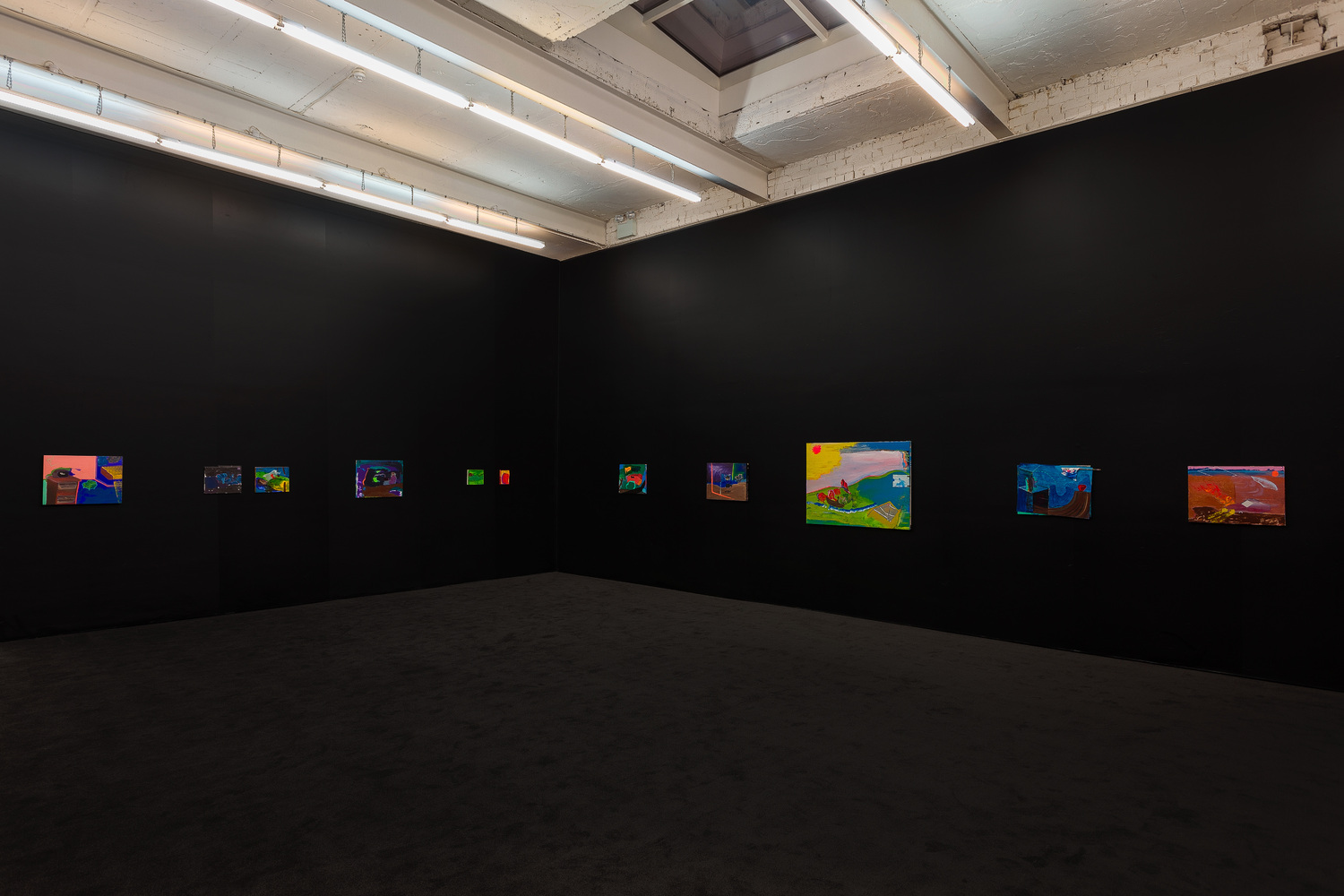 Walter Price’s paintings offer visions that straddle abstraction and representation, combining suggestions of personal memories, collective history and cultural ciphers within his constructions. Extraordinarily apt at placing the viewer, Price’s compositions invoke the feeling of peering into lucid dreams or surreal stage sets, bringing forth an awareness of looking at a familiar setting but from an unusual and disjointed view, as if a wall were removed to allow quiet observation from a specific perspective. Objects are thus placed to accommodate this direction, or appear in motion as though the viewer stumbles upon seemingly private scenes: figures appear to be in repose as they lounge within the space surrounded by a chest of drawers, sofa, table, all the usual hallmarks of a domestic interior. However there is an idiosyncrasy in them – these sparse interiors act as vehicles for the non-linear narratives they hold rather than mirroring a reality.

The rich mercurial colours awash in Price’s paintings denote both atmosphere and the fractured spaces within the setting. Associations are created throughout the paintings between the bold – and at times contrasting – tones and the references that enrich these images. In the work ‘Facetime’ (2019), hues of pink dominate the scene as the glow of the television-set in the bottom corner bathes its surroundings. ‘Florida Man’ (2019) is consumed by shades of orange, at once obscuring figurative elements whilst drawing out layers of marks and lines of familiar motifs Price gravitates towards throughout his work. Within the exhibition itself, Price forgos the ubiquitous white-cube gallery format, instead setting a deep black flooring and matching the – a meditative setting for the endlessly inventive environments that inhabit his paintings.

Hung in the gallery’s Bricks Space, a new body of works on paper are Price’s grounds for experimentation, as figurative elements consort with moments of abstraction – striking a harmonious balance between contradictions. Employing mediums such as collage, colour pencil, marker, pastel amongst others within his drawings, Price’s drawings can be viewed as precursors to his paintings.

Walter Price’s innate approach to form and line pushes unpredictable and bold colour beyond and out, finding correlations between the unexpected and navigating the contradictions through his intuitive visual narrative.

Price will have an upcoming solo exhibition at Camden Arts Centre, London in early 2021.