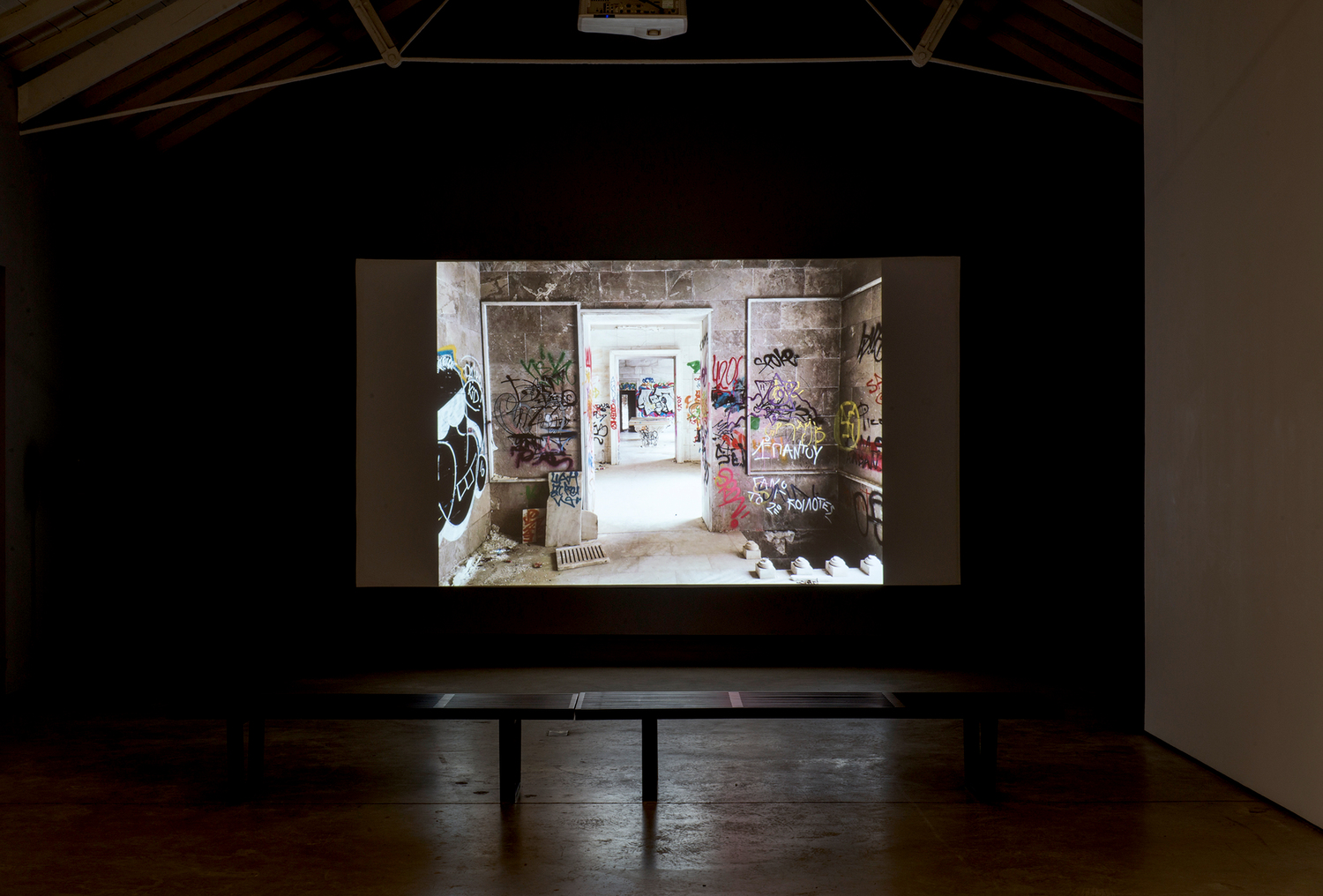 For his second solo exhibition at The Modern Institute, Los Angeles-based artist William E. Jones will be presenting a new film, Fall into Ruin, along with a body of photographic work in the gallery’s Osborne Street location.

Fall into Ruin tells the story of the artist’s relationship with Alexander Iolas, the Greek art dealer and collector who at the height of his career owned galleries in New York, Paris, Milan, Geneva, Madrid and Athens, the latter being the city where he retired and the setting of Fall into Ruin. Active between the 1940s and the 1980s, Iolas was known for his association with the Surrealists, and for giving Andy Warhol his first solo exhibition in 1952—this resulted in a life-long friendship. He also contributed in forming and advising on the collection of the great art patrons John and Dominique de Menil.

Following his death in 1987 from AIDS, Iolas’s property in Athens was looted. His collection, which included artifacts and art from ancient Greece, Rome and Egypt, as well as pieces by the artists Iolas worked with, including Max Ernst, René Magritte, and Man Ray amongst many others, vanished. This prevented the realisation of Iolas’s vision for his villa to be turned into a contemporary art museum. The empty house was completely vandalized and today stands as a modern ruin. Fall into Ruin sees Jones return to the sites he first visited at the age of 19 and revisit the story of Alexander Iolas through views of his villa in its current ruined state, shots of contemporary Athens and antiquities on display at the National Archaeological Museum, as well as the original photographs Jones took of Villa Iolas in 1982, also exhibited at The Modern Institute along with the film.

William E. Jones’s (b. 1962, Ohio; lives and works in Los Angeles) practice encompasses film, photography, and writing, culling archival material from varied sources including the personal, such as for Fall into Ruin, to neglected or overlooked popular media, as well as found state and police training footage.

Jones’s work has been the subject of retrospectives at Tate Modern, London (2005); Anthology Film Archives, New York (2010); Austrian Film Museum, Vienna, and Oberhausen Short Film Festival (both 2011). He participated in the Whitney Biennials of 1993 and 2008, and in the 2009 Venice Biennale. Fall into Ruin will be on view at David Kordansky Gallery, Los Angeles from July to August this year, along with the second half of the photographic series which accompanies the film at exhibition at The Modern Institute.

Jones has published the following books: Is It Really So Strange? (2006); Tearoom (2008); Heliogabalus (2009); Selections from The Anatomy of Melancholy by Robert Burton (2009);“Killed”: Rejected Images of the Farm Security Administration (2010); Halsted Plays Himself (2011); Between Artists: Thom Andersen and William E. Jones (2013); Imitation of Christ, the catalogue accompanying an exhibition he curated at UCLA Hammer Museum and named one of the best photo books of 2013 by Time magazine; Flesh and the Cosmos (2014); and True Homosexual Experiences: Boyd McDonald and Straight to Hell (2016).

The running time of Fall into Ruin is exactly 30 minutes. Screenings will begin every half hour between 10 am – 6 pm (Monday – Friday) and 12 pm – 5 pm (Saturday)