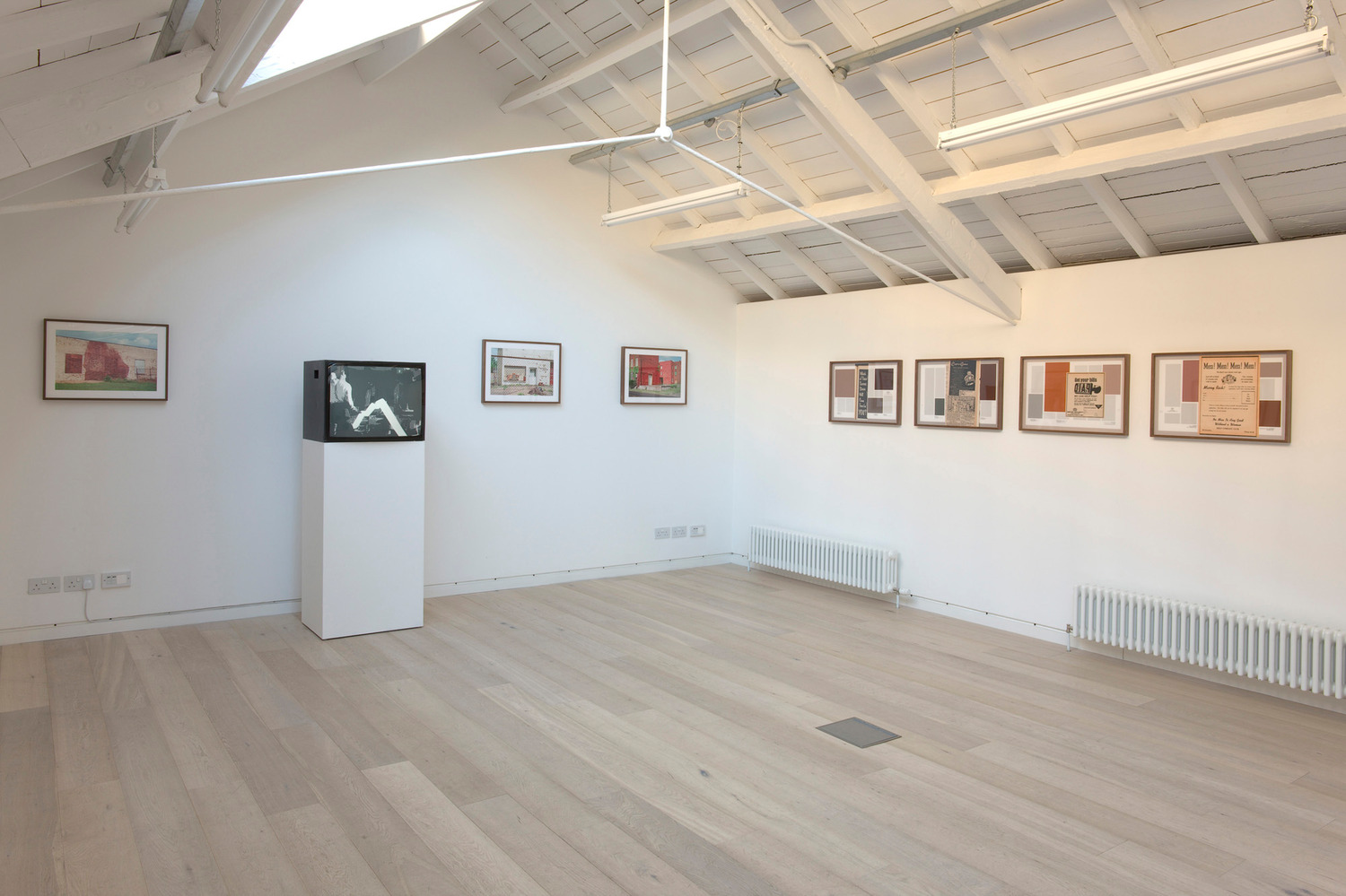 The Modern Institute is delighted to present an exhibition of new work made by Los Angeles based artist and filmmaker William E. Jones. Known and respected as a filmmaker this is Jones’ first exhibition of works predominantly on paper. Having made 16mm experimental films always screened in cinema contexts, this new body of work required digital production techniques to realise it.

The new series of photographs and film were made in Ohio, the state where Jones grew up. Returning after twenty years away, he discovered that the industrial landscape, which had started to decay in the 1970s, had changed little since he left in the 1980s. Staying in his family’s house, he looked at the books he’d left behind, including the art encyclopaedia which had informed his desire to be an artist, and his father’s magazines from the 1960s and early 70s which in their editorial and advertising promised successful lifestyles. The new works connect photographs of ruined buildings with the magazine advertising and the skeletal pages of art books, with the paintings and drawings excised. Jones’s experience traverses pivotal points in the economic and geographic shifts in American society, and these experiences are reflected in these works.

William E. Jones has made two feature length experimental films, Massillon (1991) and Finished (1997); several short videos, including The Fall of Communism as Seen in Gay Pornography (1998); and the feature length documentary Is It Really So Strange? (2004). He was included in the Whitney Biennial, New York (1993 and 2008), the Nordic Pavilion at the 53rd Venice Biennale (2009), and he is currently included in the 12th Istanbul Biennial. Jones has published the following books: Is It Really So Strange? (2006), Tearoom (2008), and Selections from The Anatomy of Melancholy by Robert Burton (2008), Heliogabalus (2009) and “Killed”: Rejected Images of the Farm Security Administration (2010). Halsted Plays Himself is forthcoming in 2011. Jones’ writings can be found at amberwavesofbrain.blogspot.com/. Jones lives and works in Los Angeles.