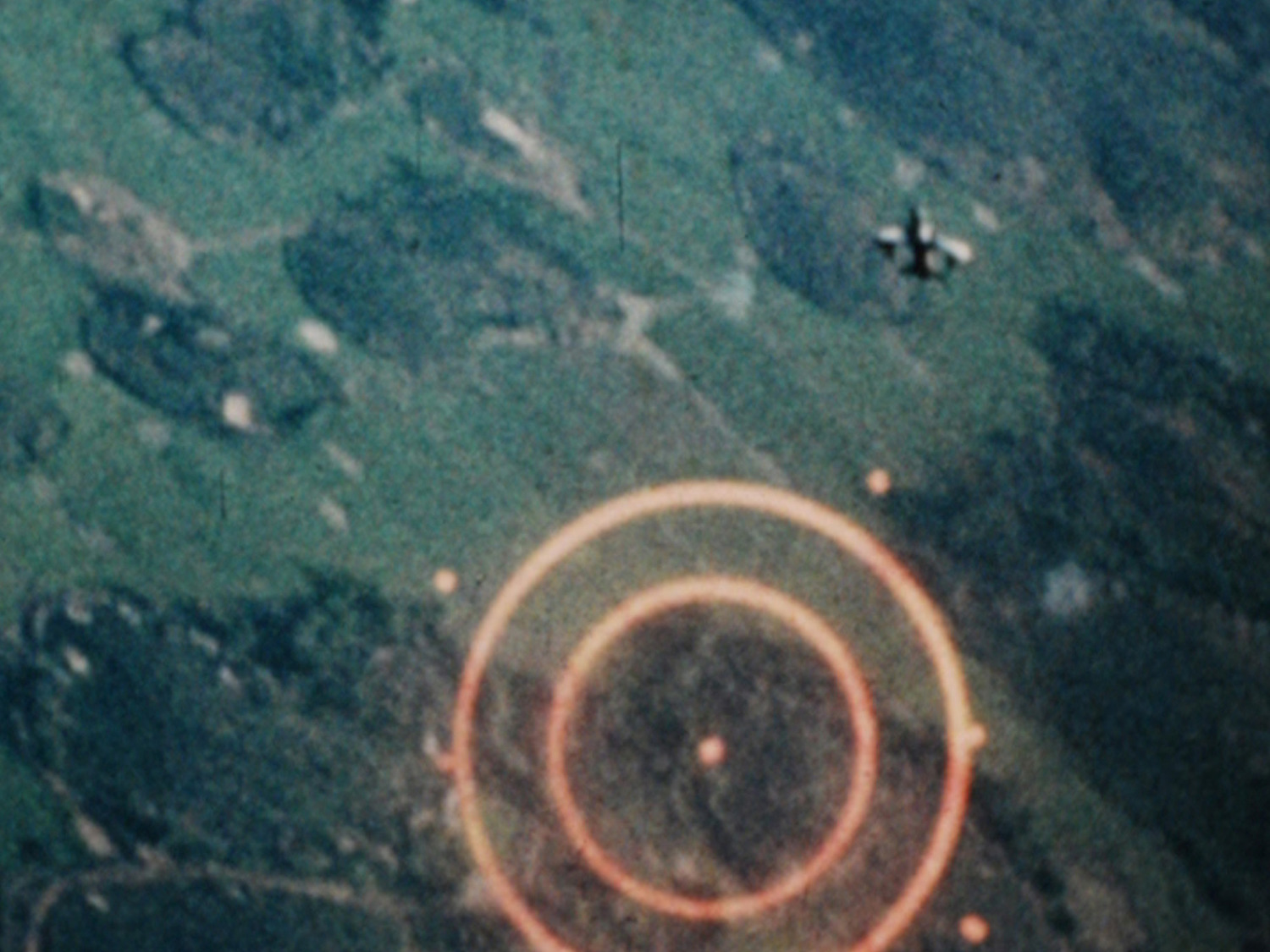 Actual T. V. Picture (2013) juxtaposes footage of a jungle in Viet Nam being bombed by an American war plane with a late-60s television commercial showing recent advancements in the miniature transistors. This technology made improvements in consumer goods like televisions possible, but its origin was in military weaponry, as the advertisement shows. The color of the original films has not been altered: images of the former material are predominantly green; the latter, in an advanced state of decay, faded almost completely to red, as virtually all Eastmancolor film stock manufactured in the 1960s and 70s has or will. The soundtrack comes from shortwave radio broadcasts that the government of Viet Nam jammed with harsh, discordant frequencies. They have been carefully edited in an elaborate mix that approximates the sound of techno music. The film was finished on the 40th anniversary of the Paris Peace Accords, the treaty that officially ended the United States’ direct military involvement in the Viet Nam War.