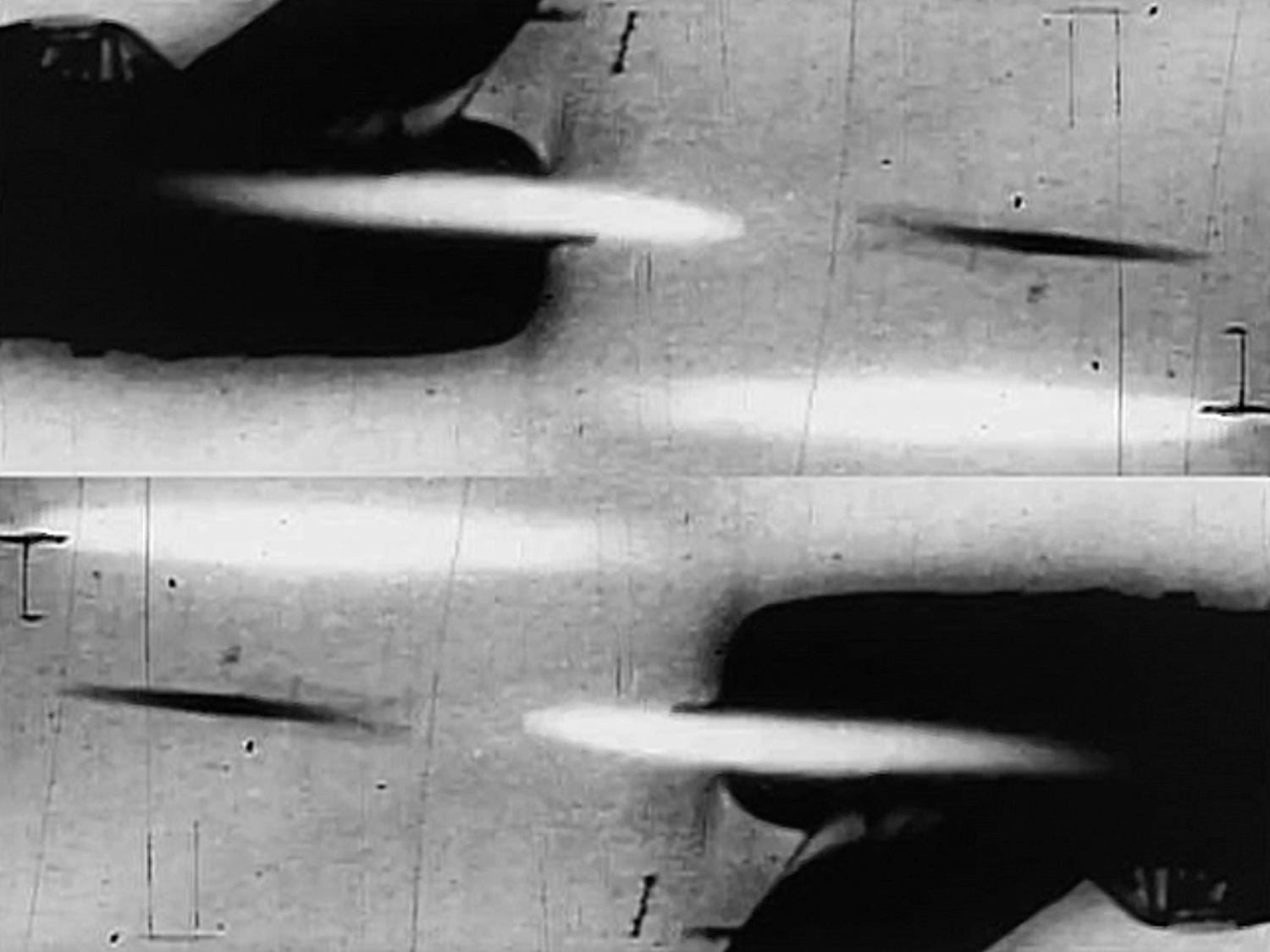 Bay of Pigs (2012) makes use of a “captured” film from the CIA Film Library, Girón, a production of El Instituto Cubano de Arte e Industria Cinematográficos documenting the aerial bombardment of la Batalla de la Playa Girón, or as it is known in the United States, the Bay of Pigs Invasion. The soundtrack comes from a numbers station called “Atención” after the first word announcing the shortwave radio broadcast. All governments have denied the existence of numbers stations, as well as their purpose, espionage. An FBI arrest in 1998 of suspects involved in broadcasting coded messages from Florida to Cuba has been the only instance of a public acknowledgment of this phenomenon.