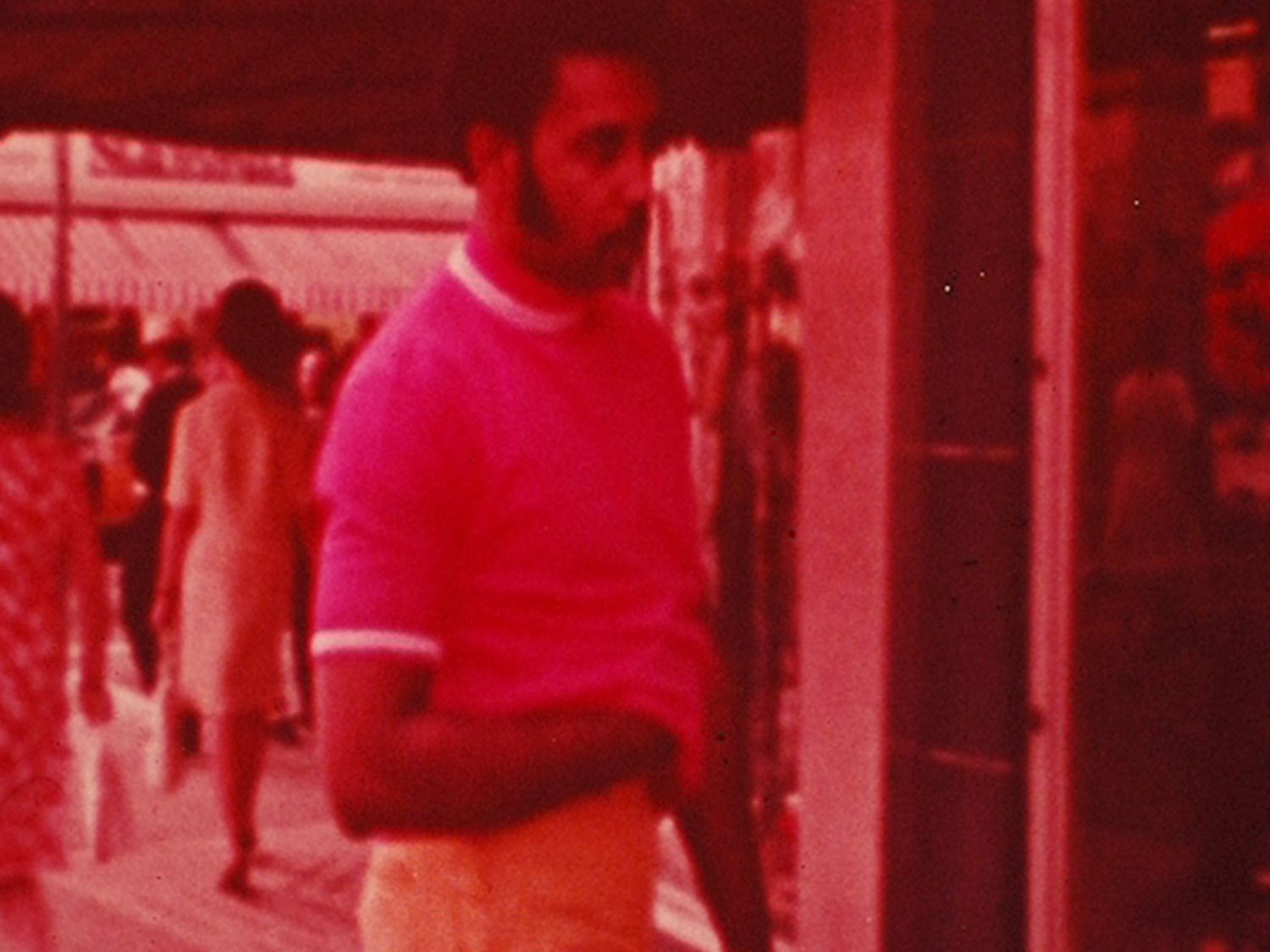 Shoot Don’t Shoot (2012) adapts a law enforcement instructional film that trains officers to decide by instinct whether or not to fire their guns. The suspect in the sequence fits the following description: “a black man wearing a pinkish shirt and yellow pants.” In the original film, this is the one sequence that is repeated with the same actor. The first time he appears, he is not armed; he has a gun the second time. Significantly, in neither case is it appropriate for the officer to fire his gun at the suspect. The voice-over, taken unaltered from the original, addresses the spectator directly and places him/her in the position of an armed police officer. In an art context, this instance of direct address can been understood as a reference to the hectoring voice of authority in New Improved Institutional Quality by George Landow, also known as Owen Land. The source film, also called Shoot Don’t Shoot, was for police use and was not intended to be seen by the general public.