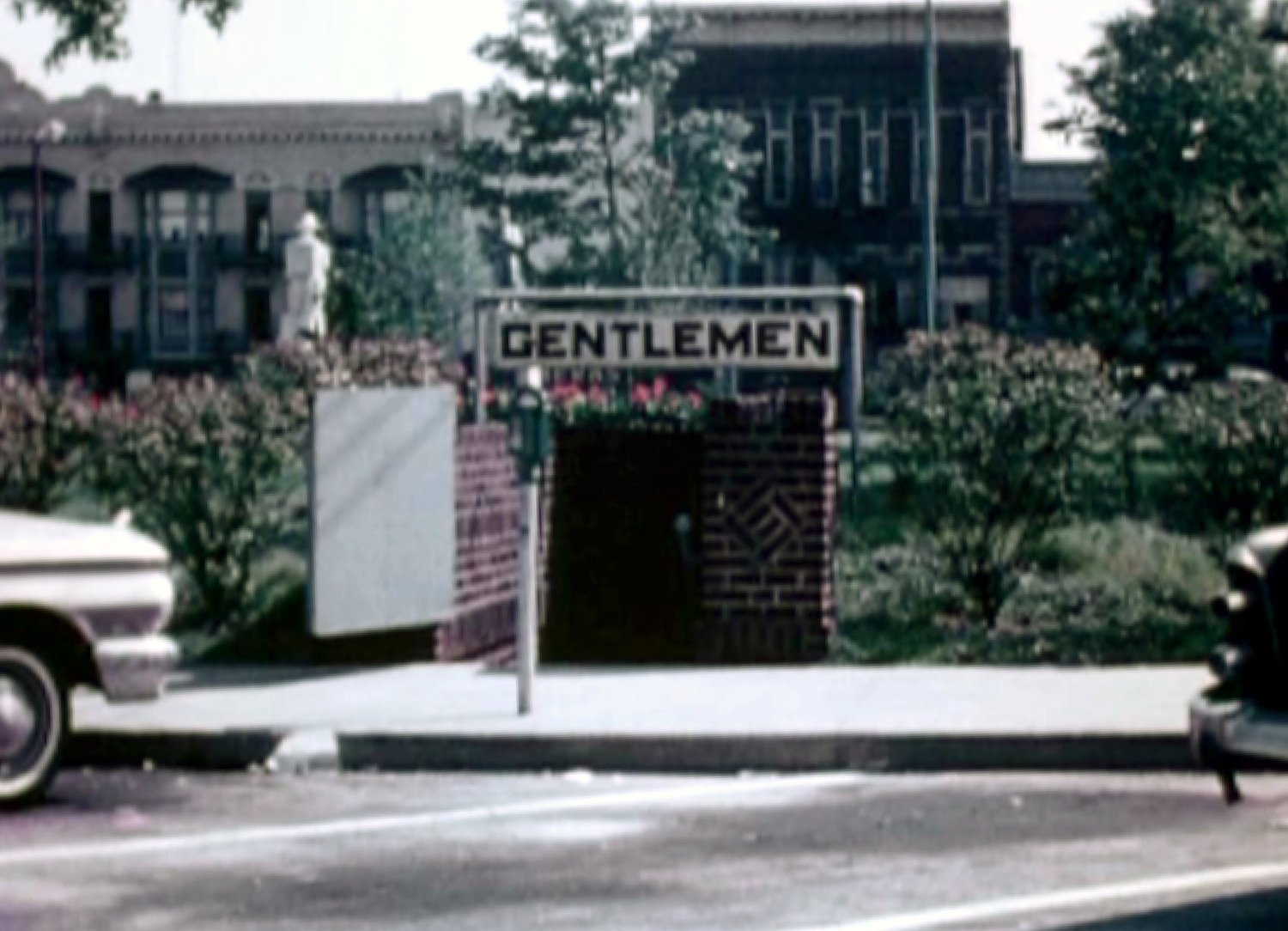 Tearoom consists of footage shot by the police in the course of a crackdown on public sex in the American Midwest. In the summer of 1962, the Mansfield, Ohio Police Department photographed men in a restroom under the main square of the city. The cameramen hid in a closet and watched the clandestine activities through a two-way mirror. The film they shot was used in court as evidence against the defendants, all of whom were found guilty of sodomy, which at that time carried a mandatory minimum sentence of one year in the state penitentiary. The original surveillance footage shot by the police came into the possession of director William E. Jones while he was researching this case for a documentary project. The unedited scenes of ordinary men of various races and classes meeting to have sex were so powerful that the director decided to present the footage with a minimum of intervention. Tearoom is a radical example of film presented “as found” for the purpose of circulating historical images that have otherwise been suppressed.