Scott Myles ‘This Way Out’ 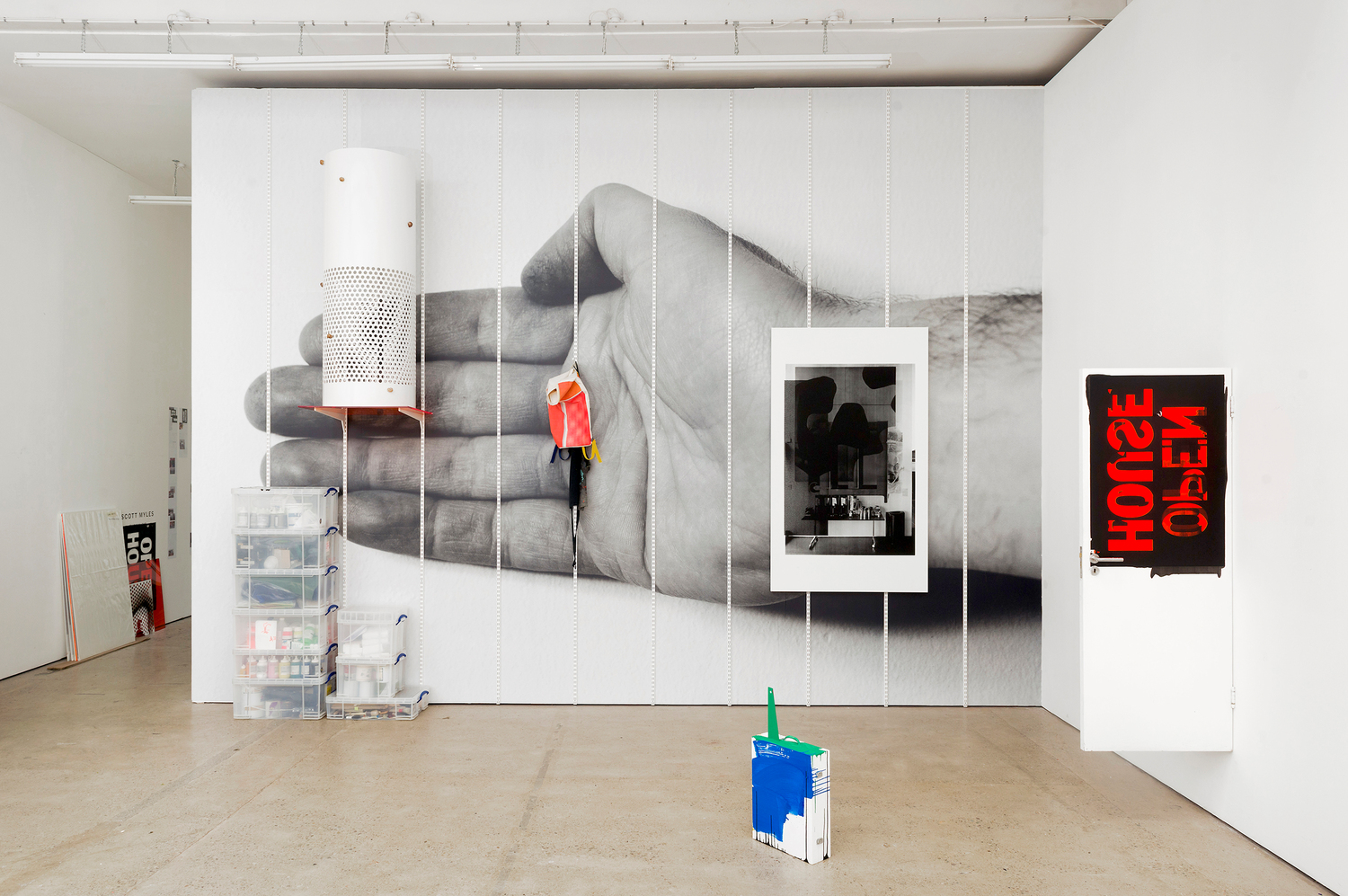 For Scott Myles’s fourth solo exhibition at The Modern Institute and his first within the exhibition space at Aird’s Lane, Myles will relocate his studio into the gallery space for the duration of the exhibition. Myles has designed a number of new tools which will be located in the gallery, such as a bespoke exposure unit for screen-printing, and a shelving system based on one from his Glasgow studio, designed to accumulate artefacts over the course of the exhibition. This Way Out is a project that will allow an exploration of Myles’s practice within the context of a public exhibition. He will develop new and ongoing ideas while utilising the exhibition space as a site of production and simultaneous display. Throughout the six-week cycle of the show, announcements will be made inviting local and wider audiences to attend events, screenings and collaborative activities. Further events will happen on an ad-hoc basis, in a spontaneous nature.

Myles describes This Way Out as a ‘kind of displacement’, and cites a key motivation for the exhibition as a number of print based paintings produced over the last two years for solo shows in Berlin and Tokyo. Each painting has the exact dimensions of Myles’s studio door, and seen in this light, the seemingly arbitrary dimensions of 204 × 120cm become specific and meaningful – a reference to the portal and threshold whereby Myles’s artworks pass from the site of their creation into the wider world. In this latest iteration of Myles’s artistic practice, the actual contents from his studio are transferred into the exhibition space, bringing about a mediation on context and site specificity. This Way Out is a realisation of Myles’s ongoing ambition to construct situations, and reveals his interest in the role of the artist in the wider world, and his ongoing engagement with contingency and chance.

Viewers will have access to the gallery during normal opening hours Thursday to Saturday (12 until 5pm) each week, allowing direct access to Myles as he works on an ongoing exhibition. Newsletters will be randomly generated on a weekly basis – taking images and texts from the studio gallery, and submissions from invited contributors – to create an automated PDF and webpage. These newsletters can be generated, viewed and downloaded at:
www.studioscottmyles.com/this-way-out. This Way Out will culminate with a closing reception on the final evening of the exhibition, Friday 28th April 7 – 9pm.

Scott Myles’s practice is both conceptually based and strongly gestural. He expresses his ideas in varied materials and in many mediums including: sculpture, printmaking, painting, text, drawing, photography and performance. He often combines different artistic processes within single artworks or as part of gallery- based installations. Furthermore, his works may take shape as print-based paintings, for instance, or as large-scale sculptures, but can just as well consist of ephemeral gestures or actions. These varied approaches are a means of exploring his own artistic language and research interests. Key among these are: gift exchange as a forging of reciprocal obligations and relationships; art’s interaction with economics and the status of art-making as a form of work and/ or as a refusal of work; and the question of how psychological or subjective dimensions might register in the very materials and structures of our physical environment.

Scott Myles (born 1975, Dundee) graduated in Fine Art Drawing & Painting at Duncan of Jordanstone College of Art and Design, Dundee, in 1997. He attended MFA seminars with Ken Lum at the University of British Columbia in Vancouver, Canada, where he lived in 1998, and moved to Glasgow in 1999 where he continues to live and work. He has been the subject of numerous solo exhibitions and projects, including: Potlatch, Lafayette Maison, Paris (in collaboration with Foundation Lafayette); This Production, Dundee Contemporary Arts, Dundee; and Kunsthalle Zurich.

In 2016, Myles was awarded an Andrew W Mellon Research Fellowship to support his research at SITE in New York and the Virginia Historical Society in Richmond USA.