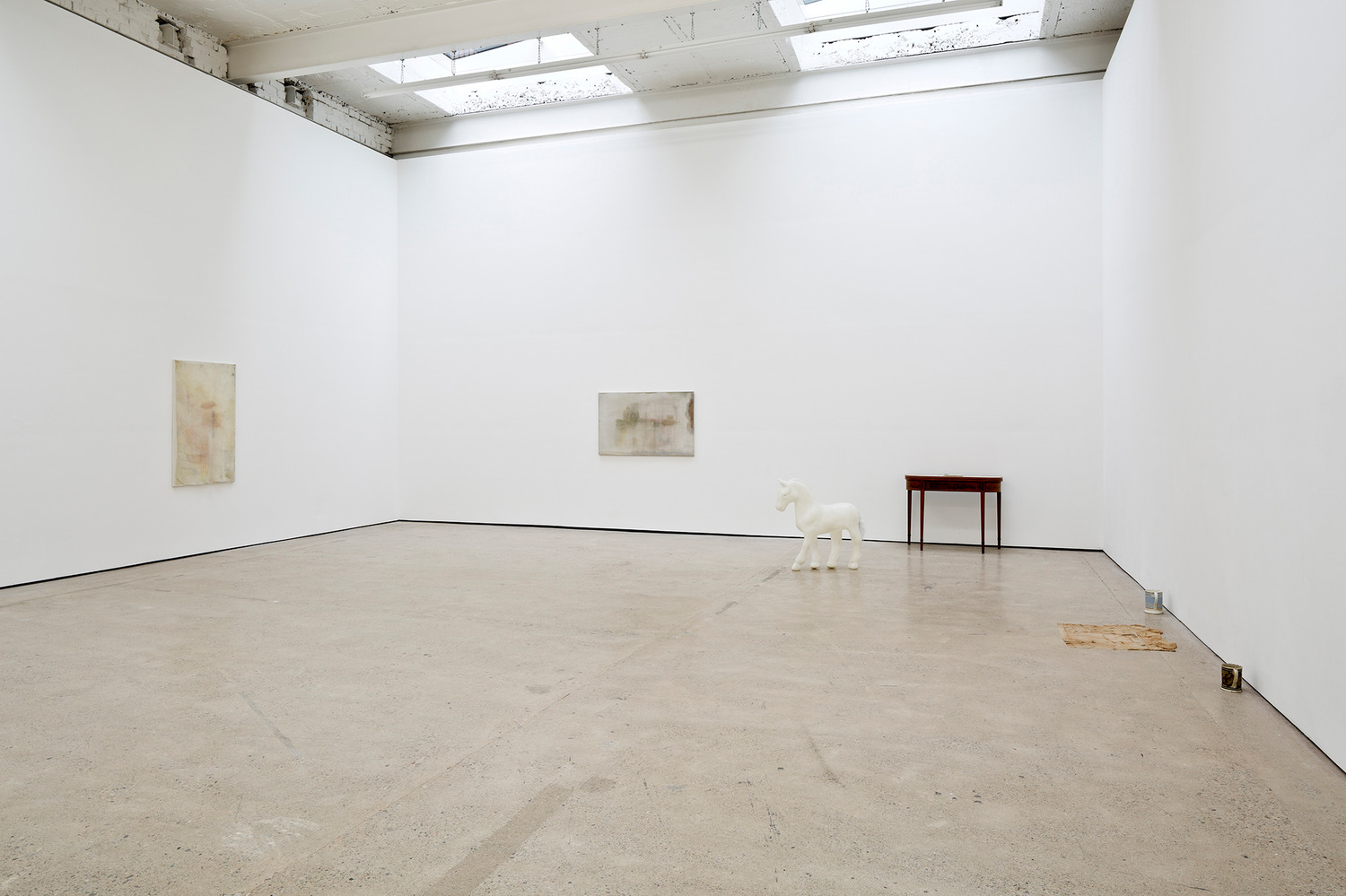 The exhibition contains four paintings depicting visions of the last days before the end and objects/ atoms which have grown old, or are Divine.

Cathy Wilkes’ consistently tough work with social realist human representation has produced an outstanding and unique body of work spanning 25 years. Her sculpture, painting and installation in some ways demonstrate how we might redefine genre painting for the present day. In her work we find both deep sadness and mystical theophany.

Cathy Wilkes (b. 1966, Belfast, lives and works in Glasgow, UK) graduated from The Glasgow School of Art in 1988. Wilkes represented Scotland in the 51st Venice Biennale in 2005 as part of the exhibition ‘Selective Memory’, and was featured within the 55th Venice Biennale’s central exhibition in 2013, ‘The Encyclopedic Palace’, curated by Massimiliano Gioni. In 2015, a major touring exhibition bringing together more than a decade of Wilkes acclaimed work was presented at Tate Liverpool. Wilkes was nominated for the Turner Prize in 2008.