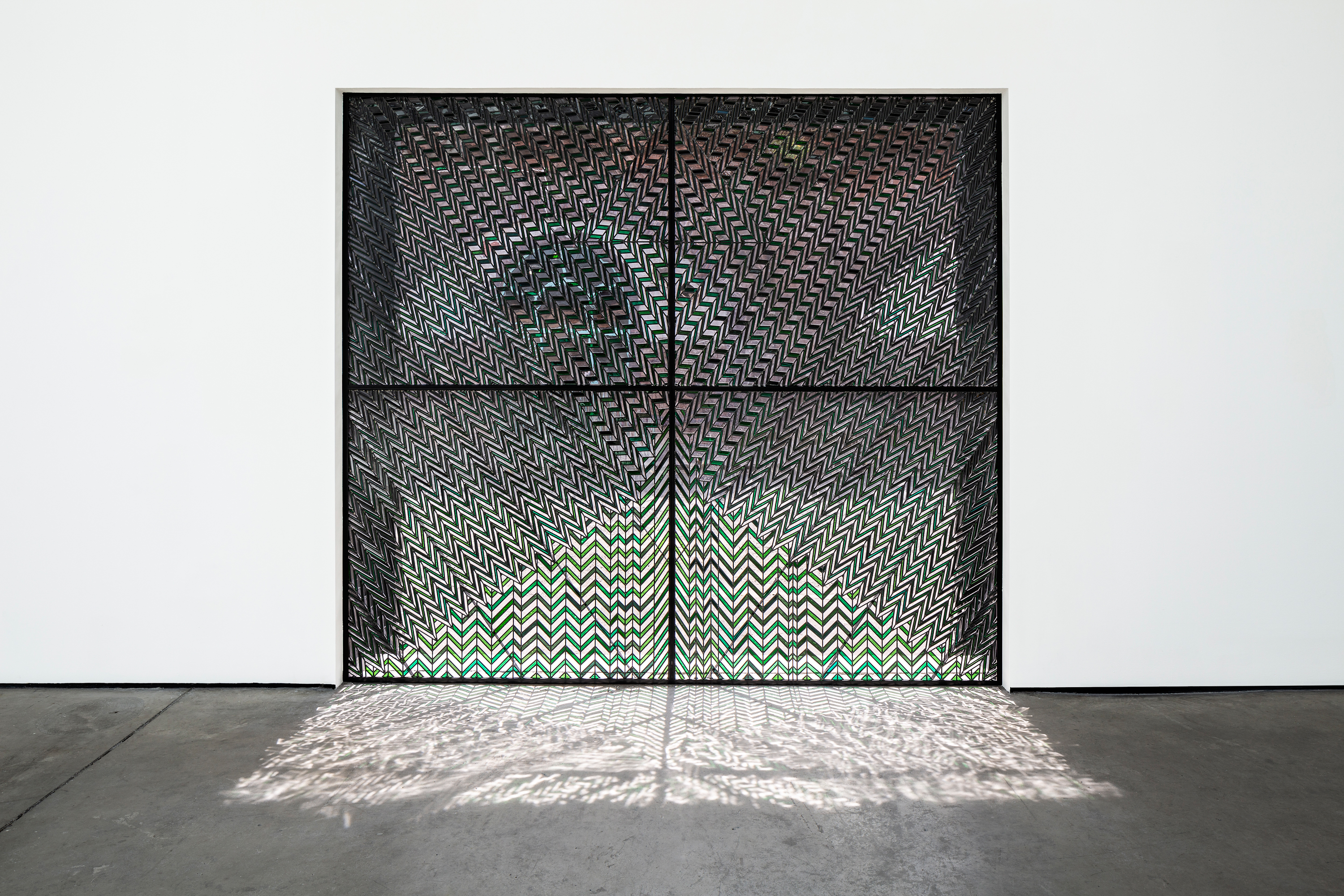 Richard Wright’s exhibition at The Modern Institute brings together a new site-responsive work alongside new works on paper. Working with the architecture of the Osborne Street gallery, Wright has produced a new intricately designed coloured glasswork incorporating handmade, leaded glass.

Wright uses his language of abstraction, graphic, and decorative iconography to create repeated patterns of geometric trajectories that meticulously fold into one another. Beginning as full scale one to one drawings, thousands of individual glass pieces have been cut to follow a complex lead-matrix composition, which produces a three-dimensional projection in the gallery space. With the utilisation of refracted light, reflection and linear perspective, the distinctively structured blown glass interferes with natural light to create a luminous play in space. Using light as a medium Wright’s work transcends the laborious methodology of his production and transmits a lightness which encompasses the audience.

New works on paper are installed within the Osborne Street Gallery, which reflect Wrights continued dialogue with the concrete language of constructivism and Russian avant-garde poster design of the 1930’s.