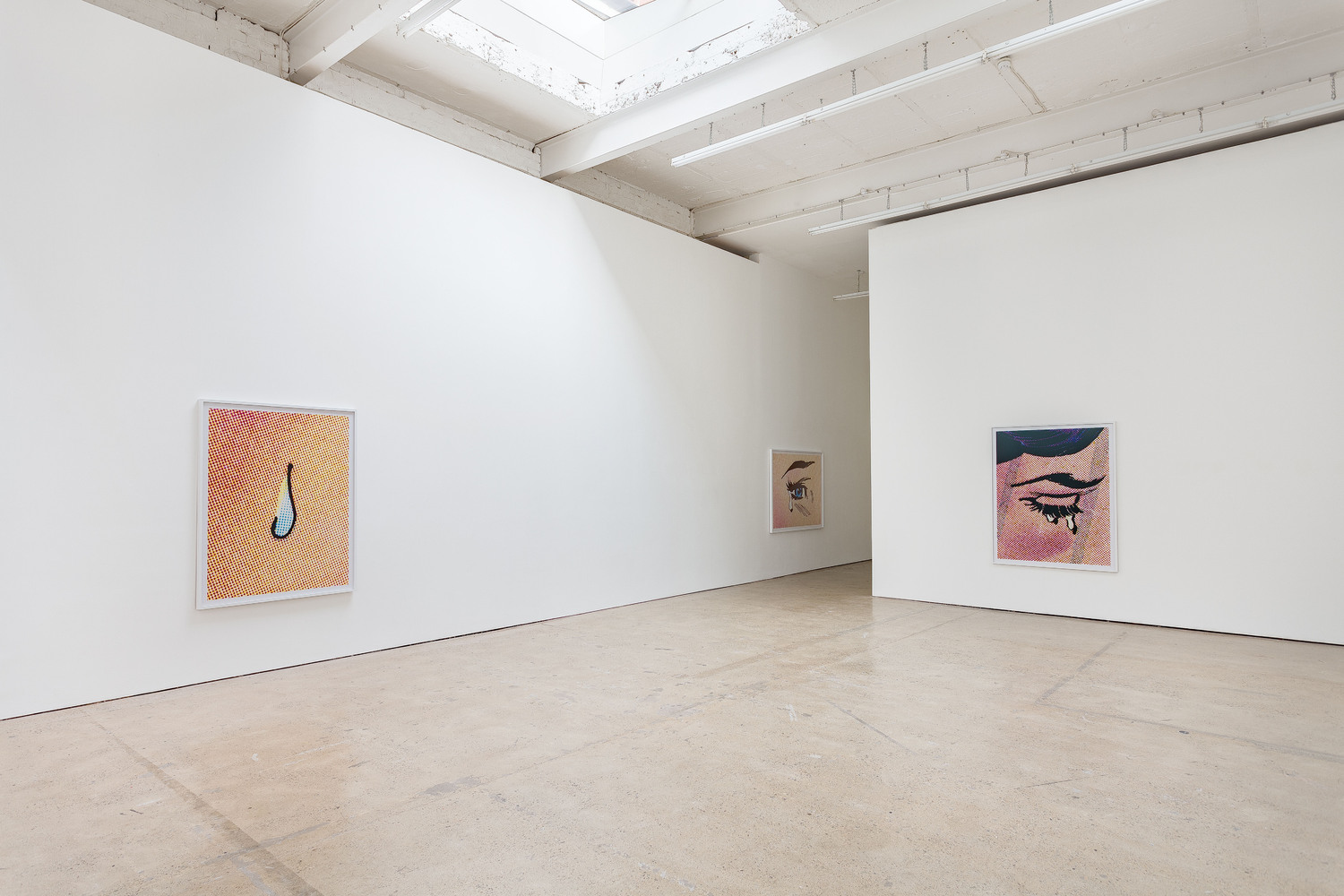 The Modern Institute is pleased to announce an exhibition of new work by the New York-based artist Anne Collier. This will be Collier’s third solo exhibition with the gallery.

Shot in the studio, using a large-format analog camera, Collier’s work is informed as much by earlier technical and commercial photography as it is by the work of the ‘Pictures’ generation of artists. In Collier’s work a tension is established between the ‘objective’, almost forensic-like depiction of her subjects and the often highly emotional nature of the images that she re-presents. Throughout her work Collier emphasizes the fraught relationships between gender and image-making.

At The Modern Institute, Collier will present works from her ongoing series Woman Crying (Comic) and Tear (Comic), alongside a new series with the collective title Filter. These new Filter works expand upon her earlier series, and like them are based on imagery sourced from American romance comic books published between the 1950s and the 1980s. Exclusively marketed to an adolescent female readership, the comic books’ cliched narratives seemed designed to reinforce the notion of a subservient and eternally suffering female subject. Writing in 2018, the art historian Tom McDonough said: “Woman Crying (Comic) and Tear (Comic) consist of photographic details of their ostensible subjects drawn from romance comics of an earlier era, that of four-color process printing and Ben-Day dots. With these works we are in the realm of the extreme close-up… At this level of enlargement, we become engrossed by the details of the printing process itself, with its separation and overlay of cyan, magenta, and yellow dots, and its inky black that sits on top of these colors, defining contours and the dense thickets of eyelashes and brows. We even glimpse the grain of the cheap paper on which these panels were printed, losing ourselves between the heightened emotional state depicted, its stylized representation, and the mechanical means by which it has been reproduced.”

Collier’s new Filter works expand upon her ongoing consideration of the analogue photographic process and the mechanics at play in the production of images. After shooting and printing a greatly enlarged detail of an image of a crying woman from a comic book, Collier then applies a Kodak Color Print Viewing Filter on top of these photographic prints, to create a series of ‘frames’ around the recurring or repeated images. The Kodak Color Print Viewing Filter Kit was a pre-digital technical device designed to assist with colour correction when making photographic prints in the darkroom. Collier’s resultant works depict sequential images that suggest a liminal space somewhere between the photographic and the cinematic: between a still and a moving image. In self-consciously foregrounding the photographic process, and through her privileging of seriality, framing, cropping, and chromatic shifts Anne Collier makes evident the manipulations inherent to the medium of photography and, ultimately, to the instability of images themselves.

Anne Collier (b. 1970, Los Angeles) currently lives and works in New York. Collier’s work was the subject of a survey exhibition at the Sprengel Museum, Hanover, Germany, (2018), that traveled to Fotomuseum Winterthur, Switzerland (2019). Other recent solo museum exhibitions include: FRAC Normandie, Rouen, France (2017); and a major survey organized by the Museum of Contemporary Art, Chicago (2014), which traveled to the Hessel Museum of Art, CCS Bard College, Annandale-on- Hudson, NY (2014); the Aspen Art Museum, Aspen (2015), and the Art Gallery of Ontario, Toronto, Canada (2016).