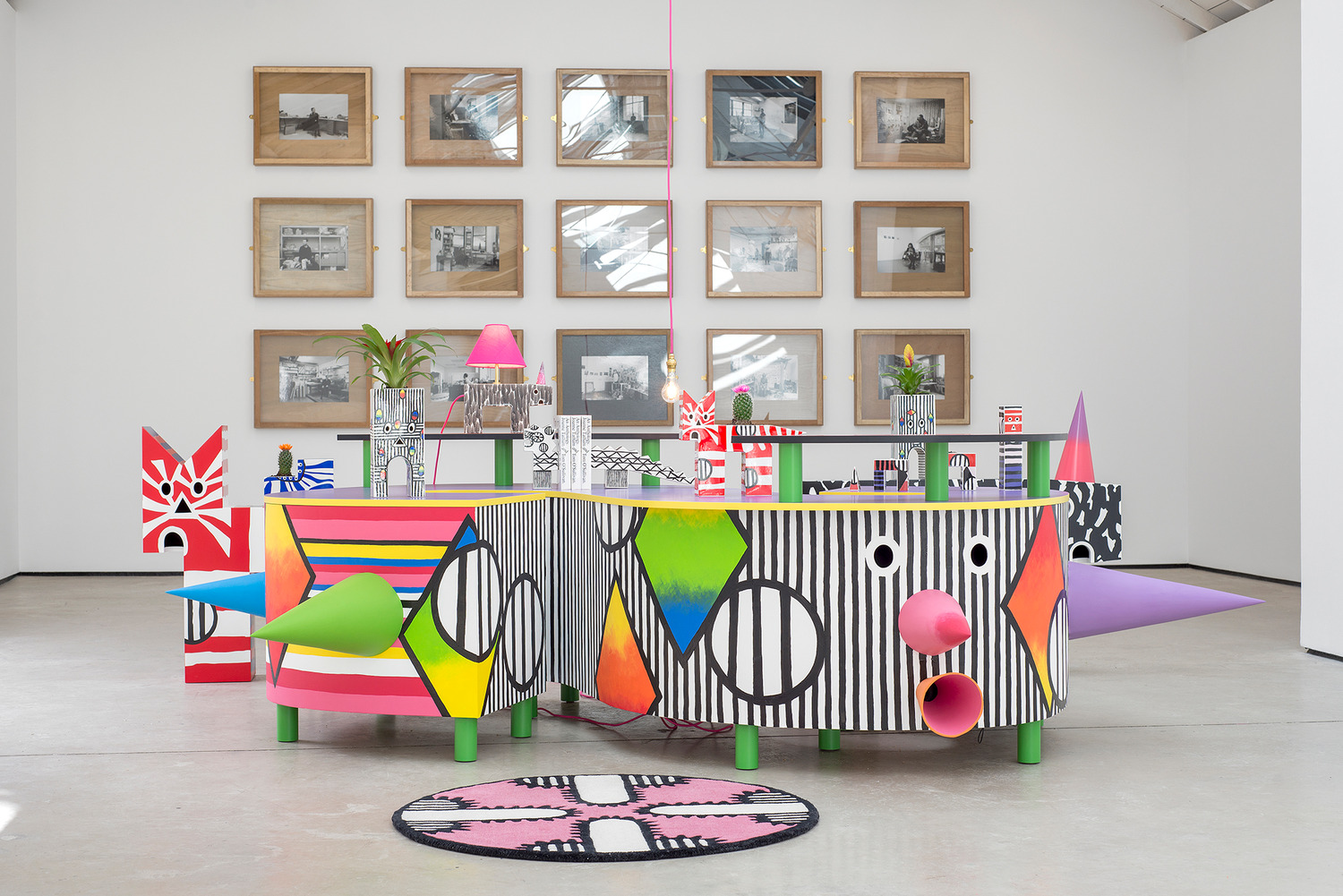 Within the exhibition, Joanne Tatham and Tom O’Sullivan have brought together a number of seemingly disparate elements in order to create a situation within which to consider the activities of art making and art showing. A desk like structure speaks of the expectations and pressures surrounding the institutions that exhibit art, whilst also functioning as a display table – or landscape – on which a set of figurative ceramic objects perform. These ceramic objects are 1:20 scale models of previous artworks by Tatham and O’Sullivan – artworks that have been commissioned by public institutions and organisations, now rendered as domestic ornaments within this new context. Included in the exhibition are ceramic bookends based on a large scale dragon structure shown at Chapter, Cardiff in 2012, and a four-part Loch Ness monster cruet set, a re-imagining of the central piece from Direct serious action is therefore necessary, a show at CCA Glasgow in 2010.

The process of producing objects and editions re-scaled from existing larger works first began with a gold necklace of Tatham and O’Sullivan’s 6 metre high 2001 work HK, and then a marble edition, produced at a scale of 1:20 of the original piece. The scale models of larger works are transformed through the use of other materials. Cast in ceramic and bronze, they become objects that circulate and function differently, allowing for new positionings and juxtapositions. Within the exhibition, these miniatures, or re-modelled maquettes, perform as just one of a series of elements within the wider choreography of A petition for an enquiry into a condition of anxiety.