Hayley Tompkins ‘After a Long Sleep, It Woke Up’ 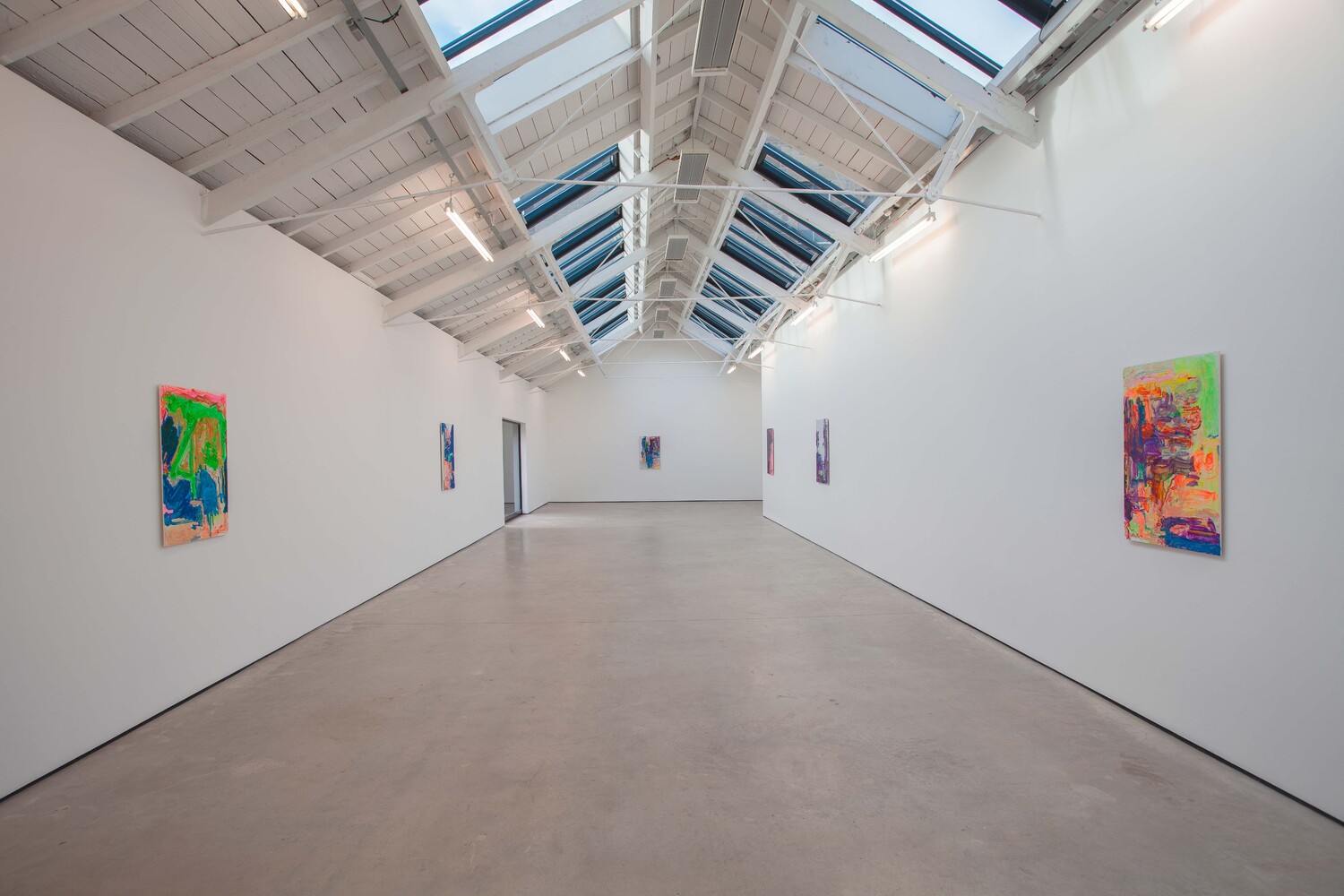 Glasgow-based artist Hayley Tompkins presents six acrylic works on gesso board for her latest solo exhibition at The Modern Institute’s Osborne Street space. Negotiation between intuition and control brings dynamism to the narrow panels, leading both artist and viewer on a spontaneous and experimental journey.

Tompkins’ work continues to find new ways to challenge and explore paint’s transformational capabilities, as the boards are an extension of a wider practice rooted in an experimental approach to painting as an active process of thinking and investigating. This determination to remain unstable imbues the works with a mysterious energy that calls to mind Susan Sontag:


“In place of a hermeneutics we need an erotics of art. […] Art is not only about something; It Is something. A work of art is a thing in the world, not just a text or commentary on the world.”1

They are simultaneously thoughts and visions, oscillating between figuration and abstraction, yet refuse to be determined; thus, lending the works an uncanny mood of the supernatural, flitting between the domain of the weird and playful. The saturated fluorescent colours and impassioned strokes direct the eye all over the surface, the repetitive tension between restraint and abandon in the brushwork suggesting conflict, anxiety and questioning as each battle for the viewer’s attention and response; in turn introducing a maximalist quality to the expressive paintings.

Modest in scale, the works act as windows into intangible, multi-coloured fantastical realms, bursting with vitality and motion. First soaked with washes of paint then challenged with orderly, angular gestures, the scenes offer portals into Tompkins’ fluctuating process – forming and disintegrating before materialising into another manifestation. As unpredictable as a photographic snapshot, some appear to feature a singular focal point off-centre and skewed, streaks shooting off into the swathe of colours that dominate the surface; while others purely encourage viewers to behold and sense the unreserved emotion in its gestural temperament. Initially appearing as a series of related scenes, upon closer inspection they are disjointed and fluid, more dreamscapes and imagined interiors than known landscapes and spaces – this unremitting shapeshifting offers an indisputable otherworldly force to the panels.

Tompkins unrelentingly challenges and provokes the viewer’s inherent desire to rationalise these images, which persist to escape definition, invoking a sensualism that flirts with the real and uncertain; and, operates within its own rules as it asks viewers to engage with feeling rather than reasoning.

1Susan Sontag, Against Interpretation and Other Essays, 1966.