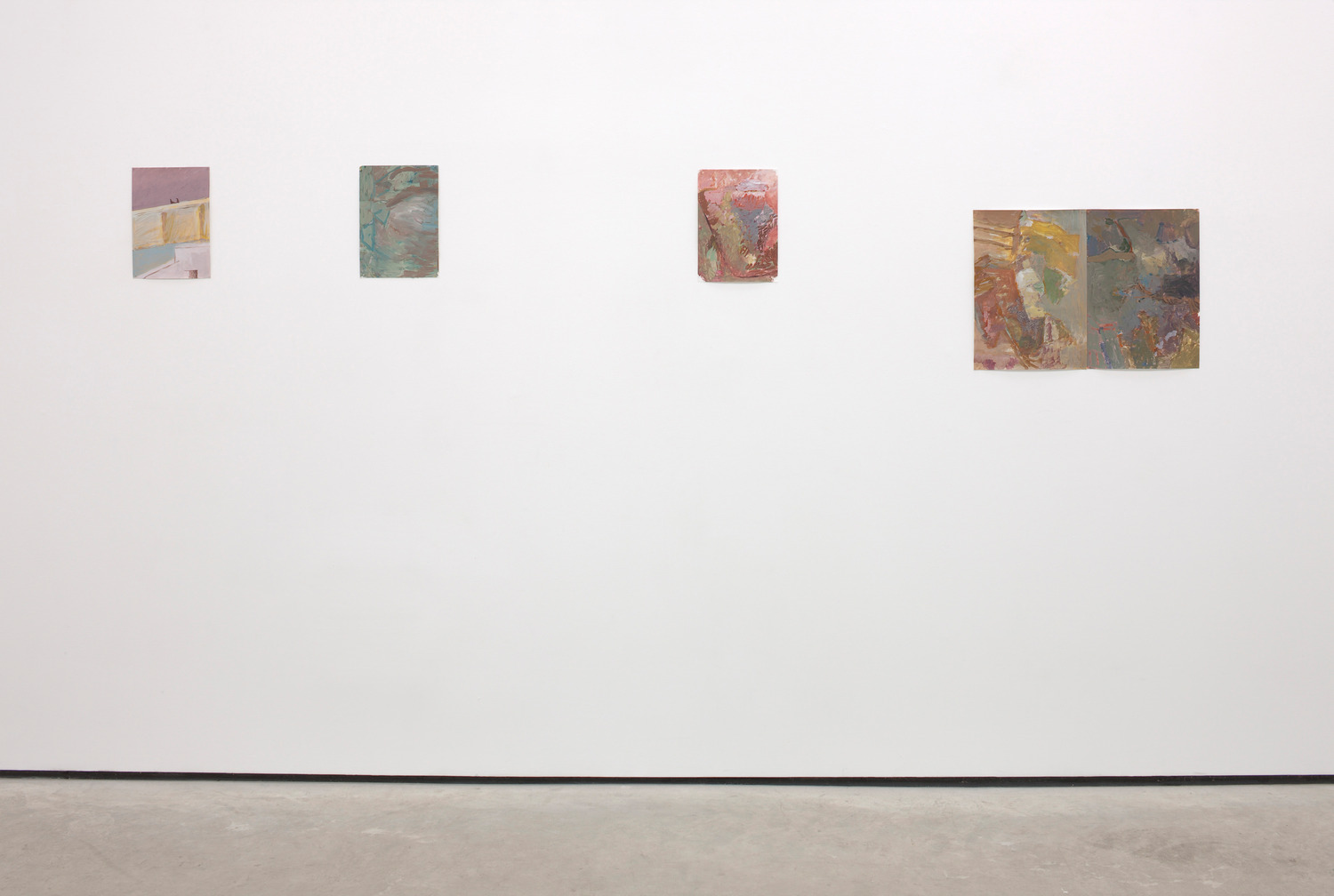 Dellmess was Charged is Andrew Kerr’s forth exhibition at The Modern Institute and will include new paintings and sculptures. Kerr’s paintings have been described as ‘self-effacing, modest in format and material, craftsman-like and precise in their finish’1. Kerr’s paintings are rarely direct observational studies. Some are loosely based on small interior scenes, either arranged or as they were found, others are remembered events, although mostly, the paintings are developed in the studio from scratch.Working on blank pieces of paper, acrylic paint is put down in short, tentative strokes. From this field of shifting colour, shapes, tones and gaps are embroidered, leading toward definition. The resultant mash of sparse outlines, dappled zones of colour, dull brown smears, milky films and luminous scatterings is composed in order to prompt recognitions – perhaps utensils of indeterminate size, up-ended boxes spilling their contents, hillsides, table tops or the edges of flower beds.This way of working has created a rhythm of production in the studio: a chain of works each one informing the next, encouraging incremental change. Kerr often concludes a painting when that next step has been reached.

Andrew Kerr lives and works in Glasgow, selected solo exhibitions include: Haul in, Cousin, BQ, Berlin, 2012; So Ensconced, Inverleith House, Edinburgh 2011; Deliveries: feeling one, running one, accepting one, against one, preparing one, revising one and sending one, Kunstverein Bremerhaven, 2009; and Cojones Need Patience, The Modern Institute, Glasgow, 2007. Recent group exhibitions include: Beholder, Talbot Rice, Edinburgh 2011 and Fizz Up and Dissolve, The Project Room, Glasgow, 2010; A new book about Andrew Kerr’s work, published by Inverleith House, Royal Botanic Garden Edinburgh and designed by Yvonne Quirmbach was published in November 2011.