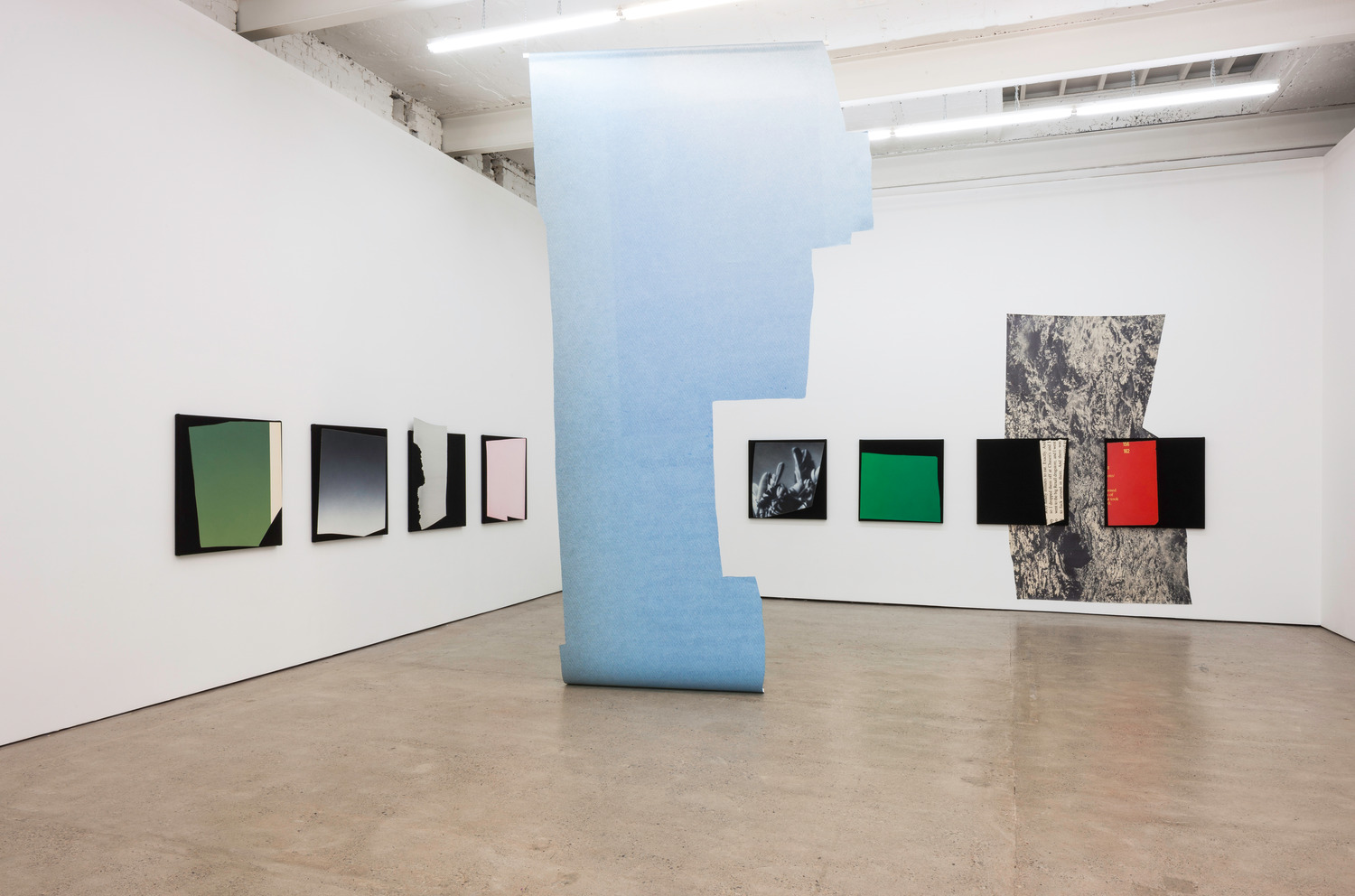 The Modern Institute is delighted to present ‘Dirty Kitchen’, a solo exhibition of new works by Los Angeles based artist Kim Fisher.

Fisher’s works stem from a response to her living and working environment of Los Angeles, California. Utilising paint and text through a variety of media Fisher explores the effect time and heat has on materials within this climate, while simultaneously assembling an enquiry into the social and cultural influences of the region.

Forming the crux of Fisher’s third exhibition at The Modern Institute are a series of new paintings and printed paper works which hang across the walls and from the ceiling. Fisher’s paintings begin from a canvas of deeply dyed black linen, to which she applies oil paint with an airbrush and incorporates cut pieces of aluminium or brass, which are adhered to the surface. These works are based on fragments of paper, drawn from multiple sources, such as magazines and newspapers. Some of the scraps bear the effects of age – they are worn, ripped and faded from exposure to the sun. Assuming the appearance of billboard signs, Fisher’s paintings are like fractal signifiers of her surrounding environment. Alluding to the oppressiveness of its climate, they also amalgamate the rawness of industry with a morphic city of Los Angeles.

Within the exhibition Fisher has included a piece by the artist and writer Arron Sands. Specifically written for this exhibition, the text entitled ‘et in alio loco natare gaudeamus’ has been scratched by hand into an old fire bell. This is the second time Fisher has worked with Sands, having included a poetical intervention by Sands in her recent solo exhibition at International Art Objects, Los Angeles.

Rejoice and float in another place

As a persistent blaze sets alight

And the will of stable folk

Unstable people with a

Passion for pretzels and pearls

At our lingering attorney

And unravels with indifference