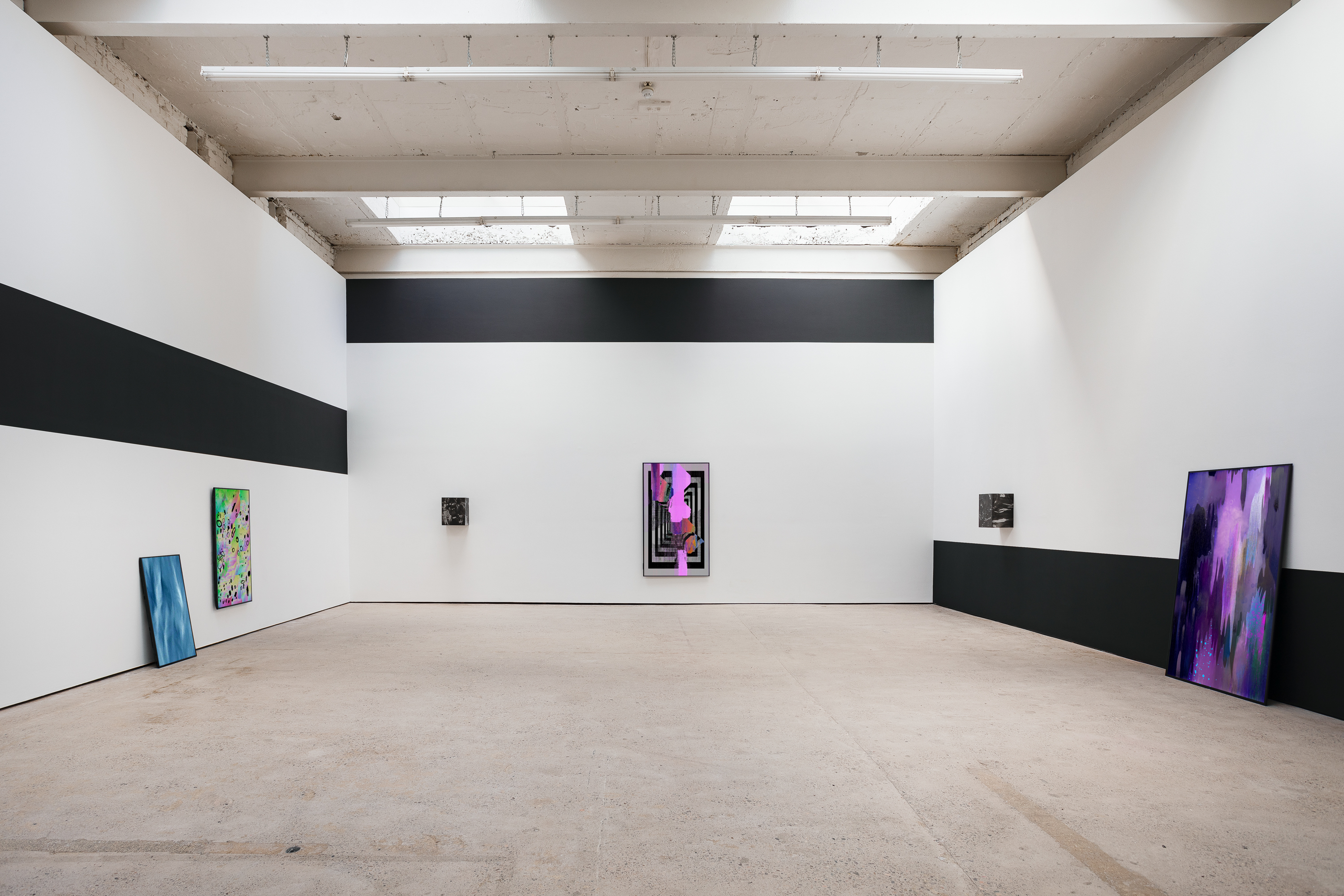 ‘Grayscale Acid’ is a new body of work by Gregor Wright exploring the functionality of drawing and painting in the digital age. Expanding upon Wright’s previous exhibition at The Modern Institute Brick’s Space, Wright is primarily questioning current modes of image consumption as mediated by algorithms and advancing technology as well as their creation, particularly in relation to ideas of the found image and collage.

Wright’s new work uncovers parallels in drawing and painting in traditional media versus digitally, both equally a part of his practice. They have formed an attachment to one another via their connection to time and the rigorous process in which the works are made. Multiple screens are presented within the gallery space, varying in orientation and installation method. The digital works begin with found imagery, which is then deconstructed, manipulated beyond recognition, and reformulated through algorithmic processes. Wright’s work is created with the intention that there are infinite potential outcomes, the possibilities of the work’s path, fueling the experimentation. The outcome compositions are abstract, differentiating in pace, and hues, unfolding during the duration of the loops.

Alongside the screen works are three new metal box pieces. Starting with generic images of smartphone wallpapers, Wright repeatedly destroys the image digitally, before choosing and editing a result. Referencing the Dada ethos of using banal materials to produce an artwork, Wright is questioning what constitutes a found image in the age of image searches that produce millions of variations in an instant. Through using metal, he is exploring the materiality of the surface and how the iterations of the images become concrete as the virtual is etched into a tangible object. Wright describes these as ‘constructed digital relics’.

The exhibition is accompanied by a text by Laurie Figgis.