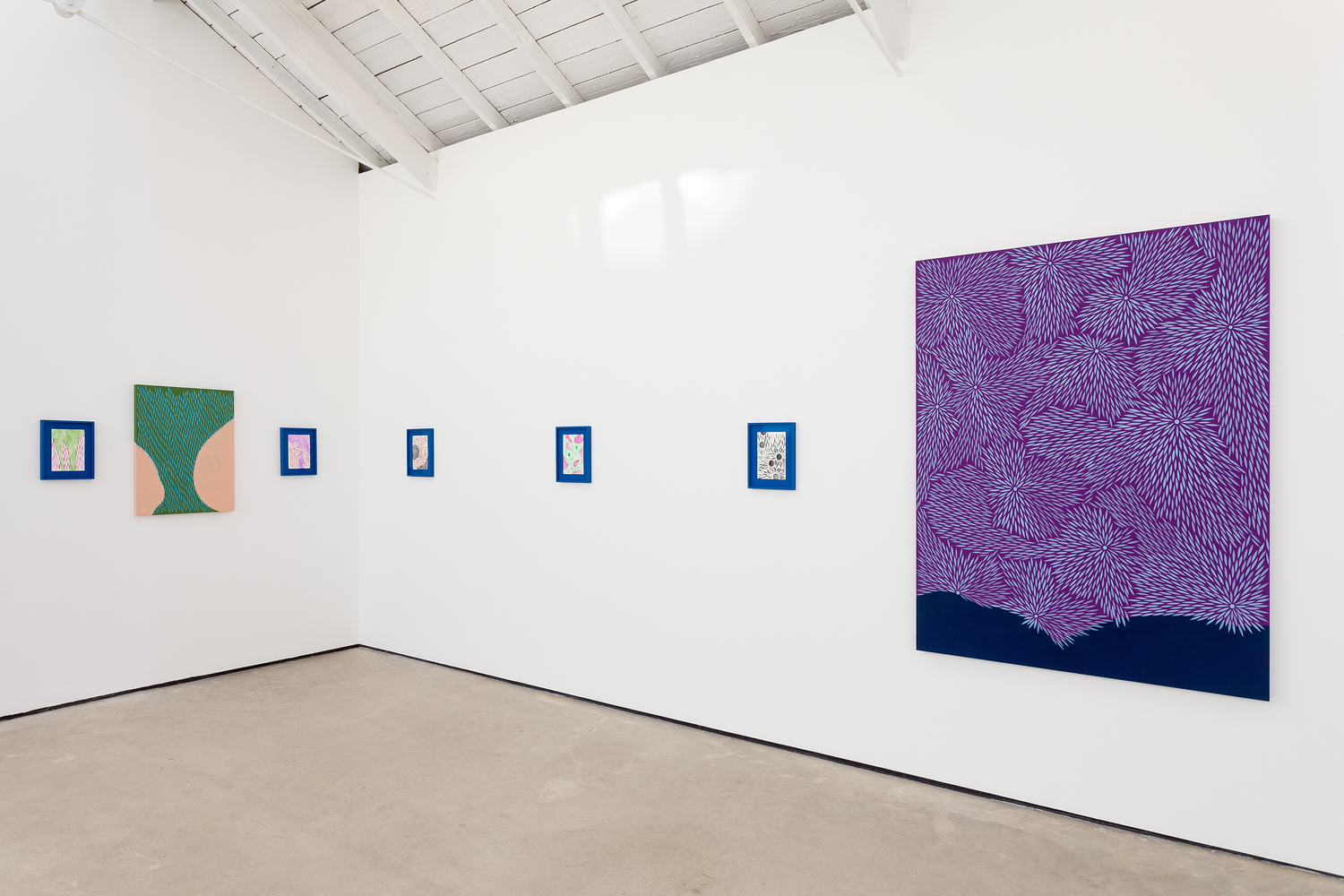 For her second solo exhibition at The Modern Institute, Brooklyn-based artist Julia Chiang presents a new body of paintings and framed watercolours in the gallery’s Osborne Street location.

Chiang is known for her detailed paintings which take flat-colour backgrounds as a setting for an intricate web of shapes and forms, flowing in converging directions and carefully constructed through layers of paint. From an initial viewing the compositions seemingly give off the appearance of a uniform execution but upon closer study reveals the differences in transparency and definition, and at times the presence of uncertainty and chance in the painterly process.

The repetition of pointed ellipses are a prominent feature in Chiang’s paintings, occupying the expanse of flat colour and creating a sense of movement, a channel of energy. Underneath, large forms appear to guide and gather the flow; or layered on top they loom above, threatening to encroach and disturb the serene pattern. The strive for pattern continuity, the ambiguity between containment and expansion, pushing between shapes and directions are reminiscent of the pushing of physical and emotional boundaries Chiang contemplates within her visual language.

The new watercolours on paper visibly share a kinship to Chiang’s painted pieces, though their titles – each bestowed with a date beginning from Spring this year – suggest a reflection on the new-found (or perhaps by now familiar) change in our interactions, as if daily mediations on the circumstances. Chiang touches upon patterns disrupted or altered: simple acts such as holding hands, only to immediately follow up with washing hands; the repetitive routine of waking up to sleep – shifts that are adjusting our everyday habits, exchanges and desires.