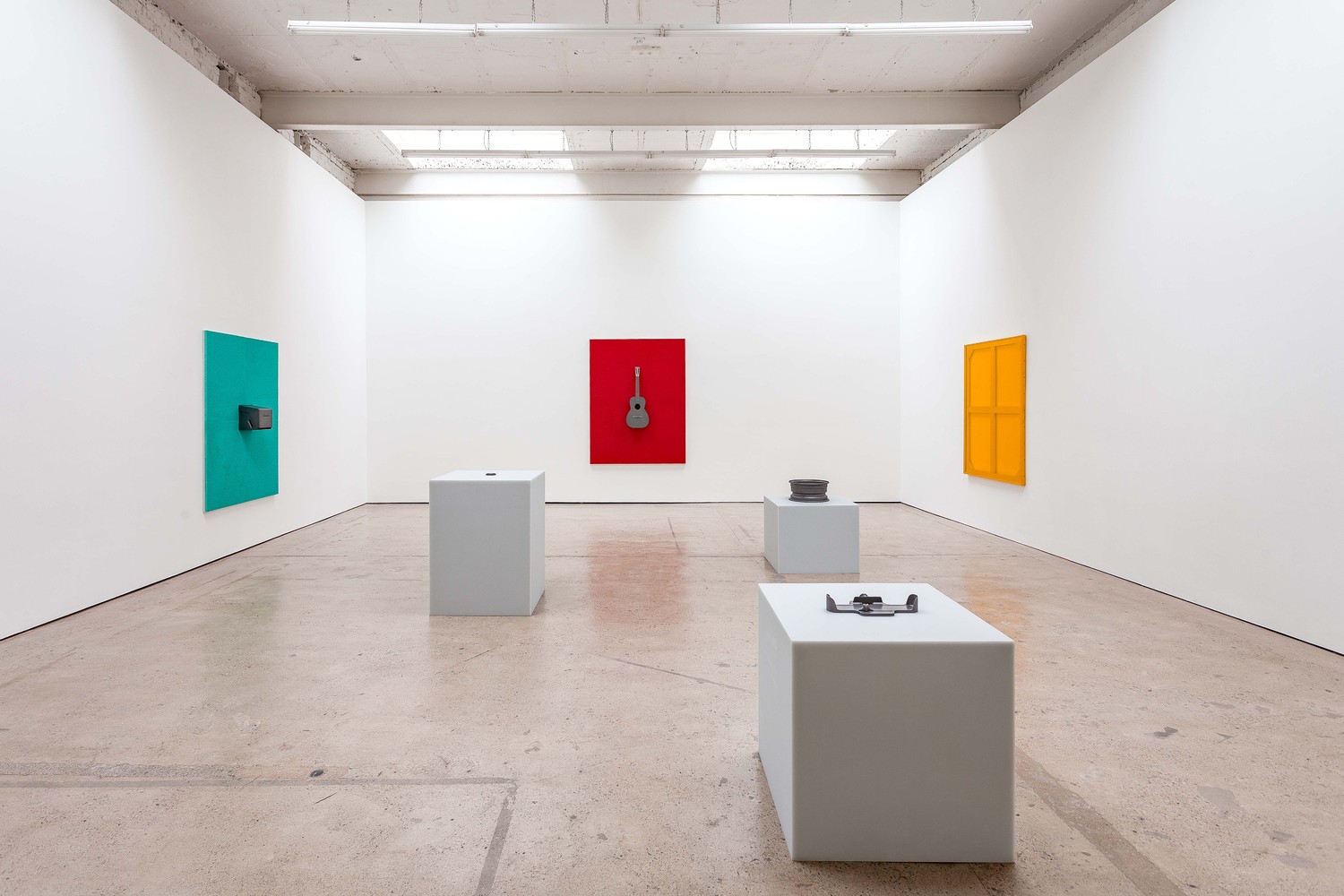 ‘Meddle’ is the third solo exhibition at The Modern Institute by New York-based artist Adam McEwen. Central to his recent practice, McEwen focuses on the reproduction of utilitarian objects in unexpected materials – graphite, sponge, PVC and aluminium – McEwen’s exhibition solicits the reconsideration and evaluation of contemporary culture’s material dependence.

Life-sized reproductions of a Brannock Device*, birth control pills and the rim from a car punctuate the gallery space. Milled from graphite, their presence is both literally and metaphysically heavy. Detached from their original context and function, McEwen succeeds in imparting feelings of anxiety and unease in overtly familiar and unremarkable forms – the dense, physical characteristics of the material itself, intensifying this unspecified malaise.

Similar objects are found in McEwen’s wall-based works – a guitar and paper towel dispenser are adhered to sponge supports – the bright colour and physical lightness of which contrasts the solidity of the protruding graphite. The prominence of their display and re-imagined function as art transforms passive functionality into confrontational form.

In his new aluminium works McEwen elevates stretcher bar supports into mirrored sculpture, an enobling that is undermined by an impractically bulky construction and PVC wrapping – the translucency of which removes any immediate recognition of form, rendering the familiar, unfamiliar. Indeed, a former obituary writer, McEwen could be seen to be producing monuments of a vacuous consumer culture marked by death.